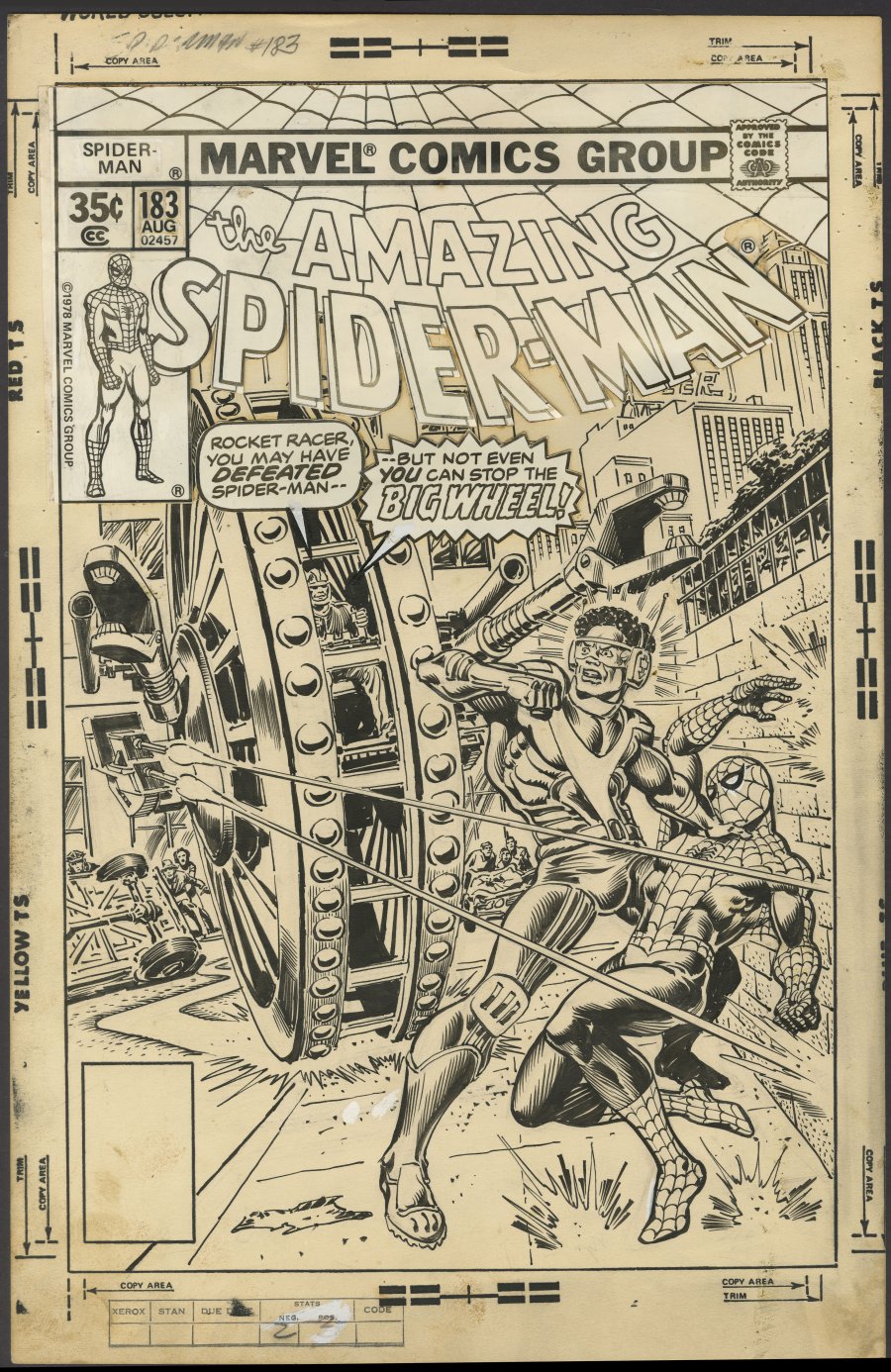 Watch
Ross Andru pencils/Ernie Chan inks; cover; 1978; image size 10" x 15"Spider-Man faces the double danger of Rocket Racer and Big Wheel on this terrific Bronze Age cover, by Ross Andru and Ernie Chan, presenting a predicament that could only happen in the Big Apple, and only to everyone’s favorite Wall-Crawler. After Steve Ditko and John Romita’s tenures, Andru produced many of the most memorable Spidey stories, seamlessly taking over penciling duties while keeping the book modern and reflective of the period, especially in making Peter’s surroundings feel like the NYC of the 1970s. Pen and ink. Art is in excellent condition; the logo stats and text paste-ups are all original.

Spider-Man covers, especially from this era, are in increasingly high demand and, as a result, are becoming quite scarce. This is a wonderful piece, capturing the freewheeling nature of the 1970s and Bronze Age Marvel comics with simply beautiful draftsmanship. This issue features Mary Jane Watson refusing Peter Parker’s marriage proposal; sadly, the late 70s under Jimmy Carter were rough on everyone. The issue also shows Big Wheel’s apparent death, only for him to shockingly return twenty-eight years later to continue to terrorize our Friendly Neighborhood Spider-Man.