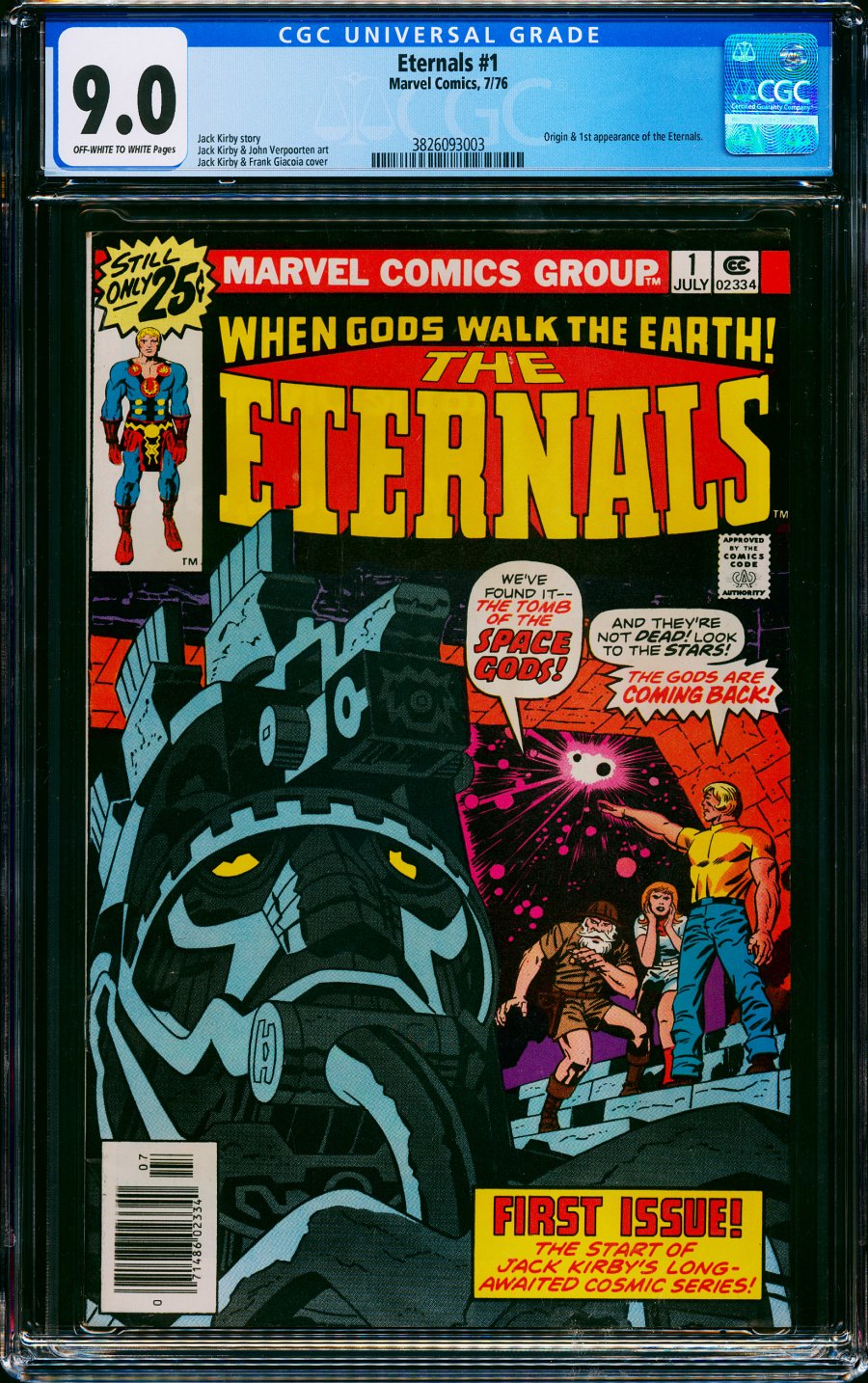 --
Accepting Offers
--
Offers
FYI there's no need to include decimal points(.).
Offer Confirmation
You are about to submit an offer of . If accepted, you are legally obligated to purchase the book. Are you sure you want to continue?
FYI there's no need to include decimal points(.).
Buy Confirmation
You are about to buy this item for , and will be legally obligated under the terms of our User Agreement to pay for it in a timely fashion. Continue?
PUBLISHER: Marvel
COMMENTS: ow/white pgs
Kirby story, cvr/art; origin & 1st app. of the Eternals (Eternals movie!) COMIC BOOK IMPACT rating of 7 (CBI)
Read Description ▼
Sell One Of These Inquire About This

Watch
ow/white pgs
Kirby story, cvr/art; origin & 1st app. of the Eternals (Eternals movie!) COMIC BOOK IMPACT rating of 7 (CBI)In the early 70s, Jack Kirby was working at DC, where he created the New Gods, Forever People, and Mister Miracle, all components of his Fourth World concept, which attempted to create a godlike mythology for comic books, an ambitious project to be sure, which ended in cancellation of the titles and loose ends that would not be resolved by their creator. After moving back to Marvel, Kirby attempted to rekindle the ideas he birthed at DC, but formed to fit into Marvel’s superhero world, so were born the Eternals, a race of humanoids that wield great powers and are nearly immortal, the group of godlike beings were woven into the fiber of the Marvel Universe as time went by, and was recently featured in the the MCU. This book is affordable and available presently, but plans are also in the works at the DCEU for a Fourth World series, so, all of these Kirby creations will soon be subject to the Hollywood bump, invest now before the prices go through the roof. Directed by Chloe Zhao, and starring Kit Harrington, Angelina Jolie, and Salma Hayek, the cosmic adventures of this group of superbeings are likely to be at the center of the goings on of the next big time Marvel movie plotline, so now is the perfect time to get in on the ground floor with this key first appearance of Kirby’s Eternals.