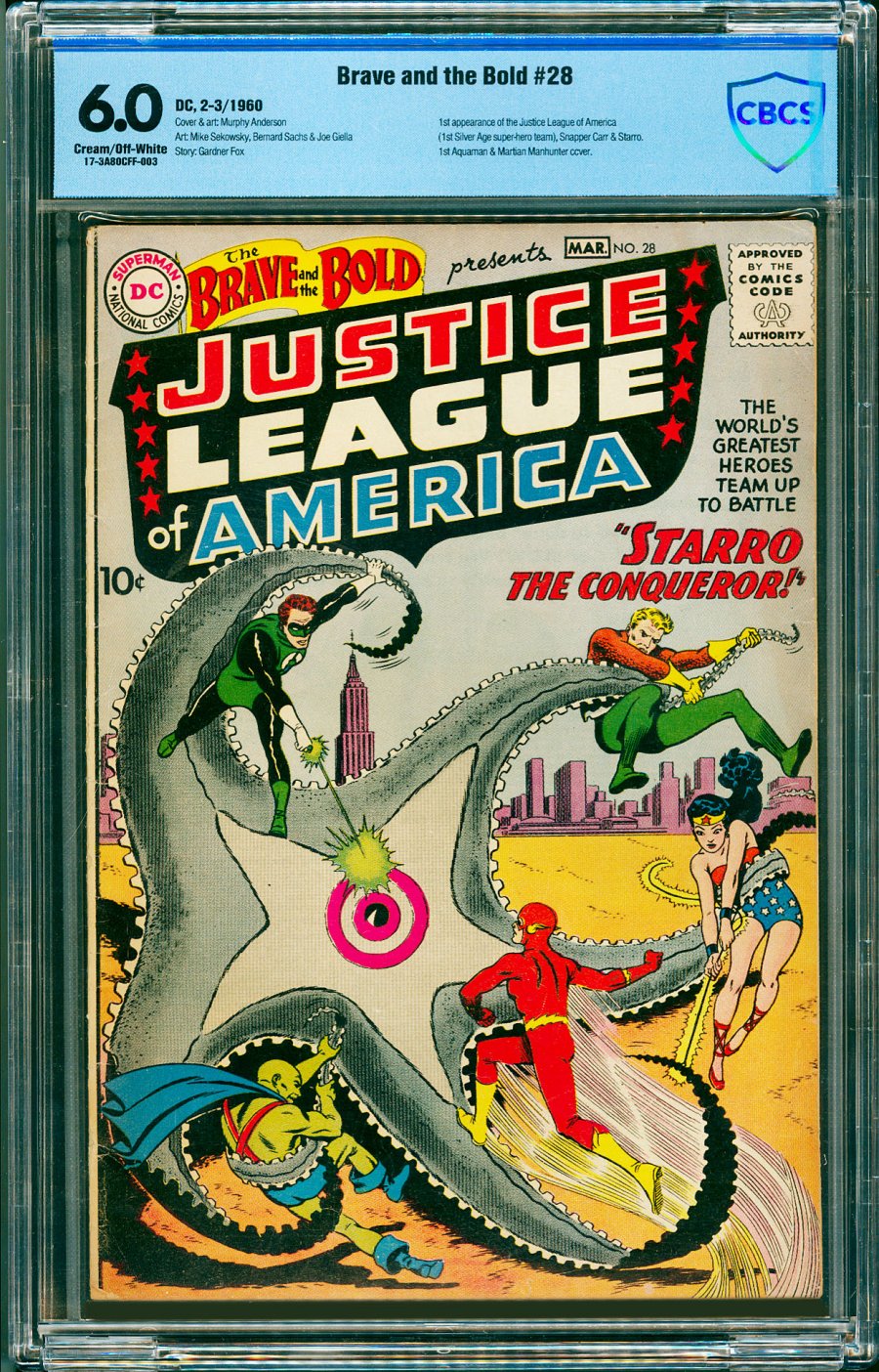 Auction Ends In
$1,361
Current Bid
11
Bids
NEXT MIN. BID: $1,411
FYI there's no need to include decimal points(.).
Bid Confirmation
You are about to submit a bid of . If you win this auction, you are legally obligated to purchase the book. Are you sure you want to continue?
Don't Show Again (except when higher than min. bid)
(No Reserve)
PUBLISHER: DC
COMMENTS: crm/ow pgs
1st appearance of the Justice League of America, Starro, and Snapper Carr (2-3/60)
Read Description ▼
Sell One Of These Inquire About This

Watch
crm/ow pgs
1st appearance of the Justice League of America, Starro, and Snapper Carr (2-3/60)In the Golden Age of comics, National Periodicals (later to become DC) stuffed their most popular characters into a team title, All Star Comics. Not long after the debut of the Justice Society, however, DC editors crafted new material for All Star, with each hero having a solo chapter adding up to a major storyline. When Julius Schwartz struck pay-dirt with the Silver Age hero revival, he tasked Gardner Fox with revamping the Justice Society concept in the serial title The Brave and the Bold, and the result was this instant smash hit, which gathered all the major revival heroes into one fantastic title, finally dispensing the anthology format of All Star in favor of a streamlined action comic full of pop and power. Readers responded enthusiastically to this debut performance, leading to a great scarcity of this issue in higher grades.

Since the recent release of the Zack Snyder cut of the DCEU’s “Justice League” this issue has once again drawn the attention of investment collectors. The book is a mid-grade copy that should open up the field to a wider swath of bidders looking for one of DC’s top Silver Age keys. The colors have retained their punch, and the overall presentation is pretty impressive at grade. This book has plenty of upside potential thanks to the renewed interest in DC’s cinematic output sparked by the Snyder cut.