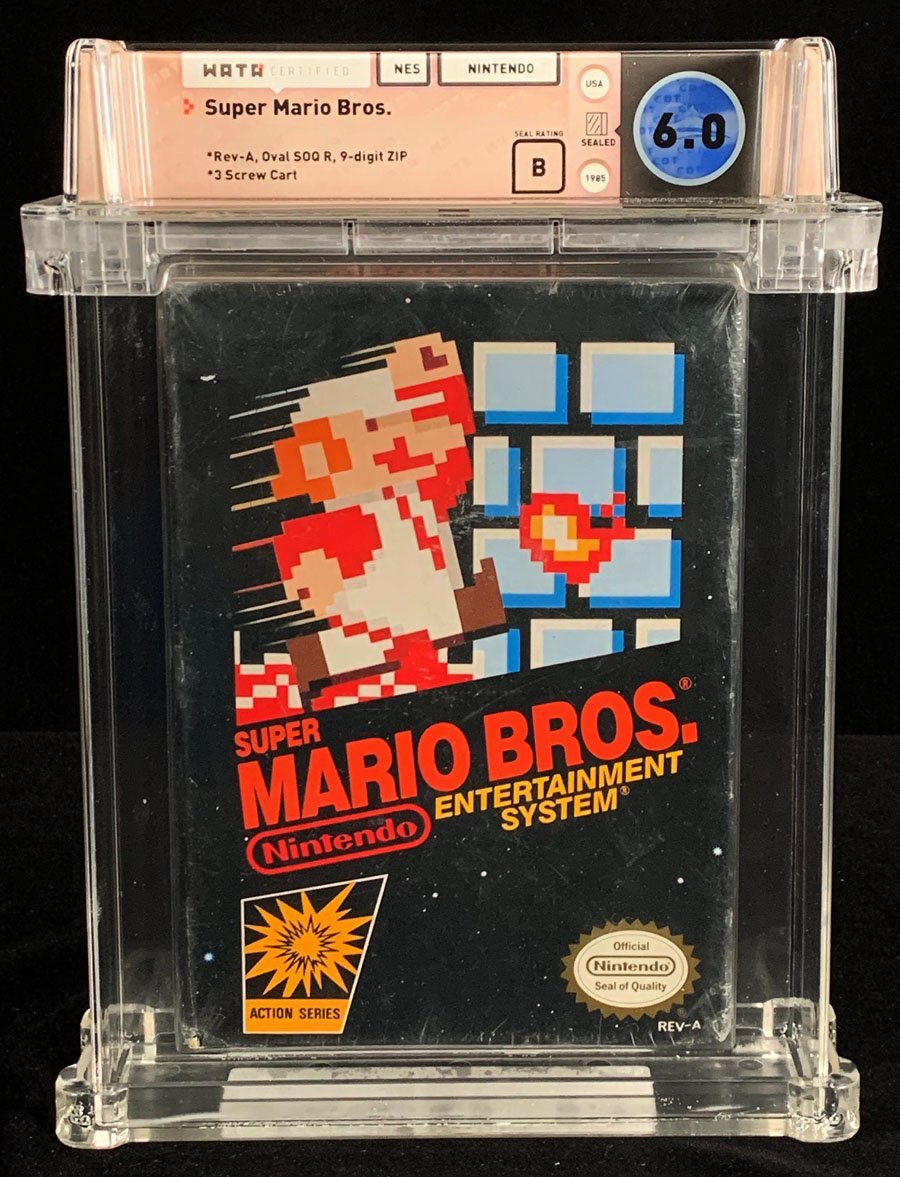 Auction Ends In
$3,600
Current Bid
12
Bids
NEXT MIN. BID: $3,700
FYI there's no need to include decimal points(.).
Bid Confirmation
You are about to submit a bid of . If you win this auction, you are legally obligated to purchase the book. Are you sure you want to continue?
Don't Show Again (except when higher than min. bid)
(No Reserve)
PUBLISHER: Nintendo Entertainment System
COMMENTS: B Seal Rating; Rev-A; Oval SOQ R: 9-digit ZIP; 3 Screw cart; First-party H-seam
First game in the Super Mario Bros. series; NES launch title; Designed by Shigeru Miyamoto; Music composed by Koji Kondo.
Read Description ▼
Sell One Of These Inquire About This

Watch
B Seal Rating; Rev-A; Oval SOQ R: 9-digit ZIP; 3 Screw cart; First-party H-seam
First game in the Super Mario Bros. series; NES launch title; Designed by Shigeru Miyamoto; Music composed by Koji Kondo.Super Mario Bros. is one of the most influential and universally recognizable video games in the history of the industry, lauded for its precision gameplay and memorable music, the game is partially credited with reviving video games after the market faltered in the early 80s. This side scrolling platformer is one of the all-time greats, and, although millions of physical copies of this game were sold it is not easy to find sealed copies in the rapidly growing video game collector’s market. Much as Amazing Fantasy #15 is top book of the Silver Age, Super Mario Bros. is the “must-have” cart of the second wave of console games.
We realize many of you would like to bid on this auction lot, so for this listing, ComicConnect.com offers a 3 month, interest free, time payment plan with a 20% non-refundable deposit. Time Payments invoices can only be paid by cash, check, money order or wire transfer. LEARN MORE