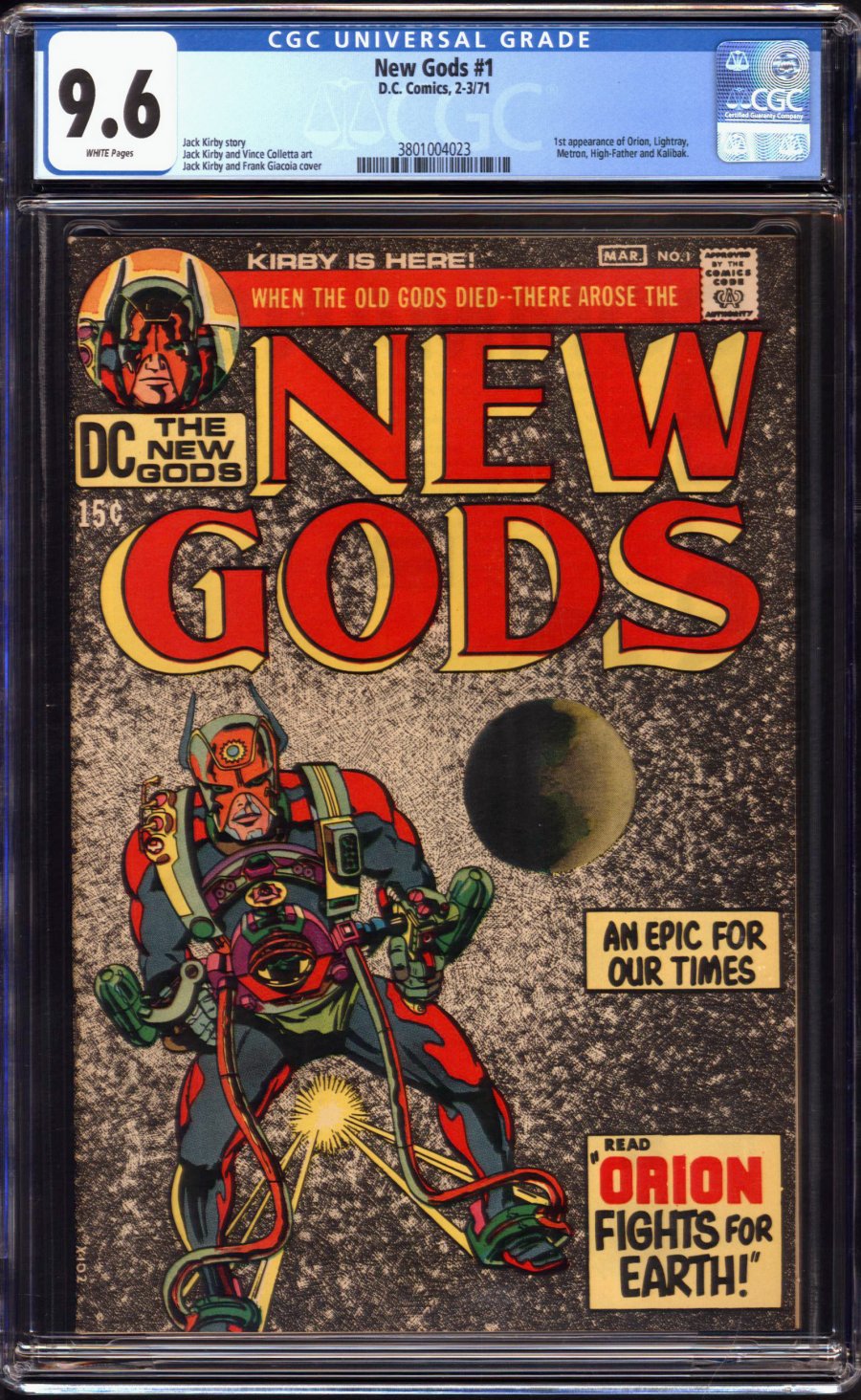 Watch
white pgs
Kirby cvr/art; 1st app. Orion, Metron, High-Father; 4th Darkseid; movie in productionThe first issue of The New Gods was the point of departure for Jack “King” Kirby’s most grandiose foray into creating a mythology entirely from scratch, he dabbled with these high concepts in comics previously particularly in The Mighty Thor, but when he left Marvel for DC at the beginning of the 70s his pedigree was so revered that the publisher basically let him do whatever he could dream up. Planting seeds of his new concept in the strangest of possible titles, Superman’s Pal Jimmy Olsen became the fertile ground for Kirby to sow his embryonic New Gods concept. Expanding from its humble beginnings, the Fourth World would evolve into three titles, Mister Miracle, Forever People, and The New Gods, all three books were intertwined and featured connected storylines, but the New Gods #1 was the focal point of the mythos, where the main deities of the pantheon would enjoy their exploits. The Highfather, benevolent leader of New Genesis, and Darkseid, overlord of Apokolips, were diametrically opposed good and evil figureheads, with their followers battling for control of the Fourth World’s destiny. Kirby’s dream was originally conceived as a mini-series, but was extended due to good sales numbers, but the success of his New Gods franchise was to be short lived, before long he returned to Marvel and attempted to retool his ideas for their world. But that was not the end of the New Gods, the characters would be revived and tinkered with over the years until Jack’s baby would fulfill its destiny by becoming the mythology, he originally designed to oversee the DC universe. Darkseid would become an enduring villain and the DCEU is preparing to mine this ripe vein of material for their motion picture arm, as a New Gods movie is currently in production, this issue is going to explode in value soon, so invest now!