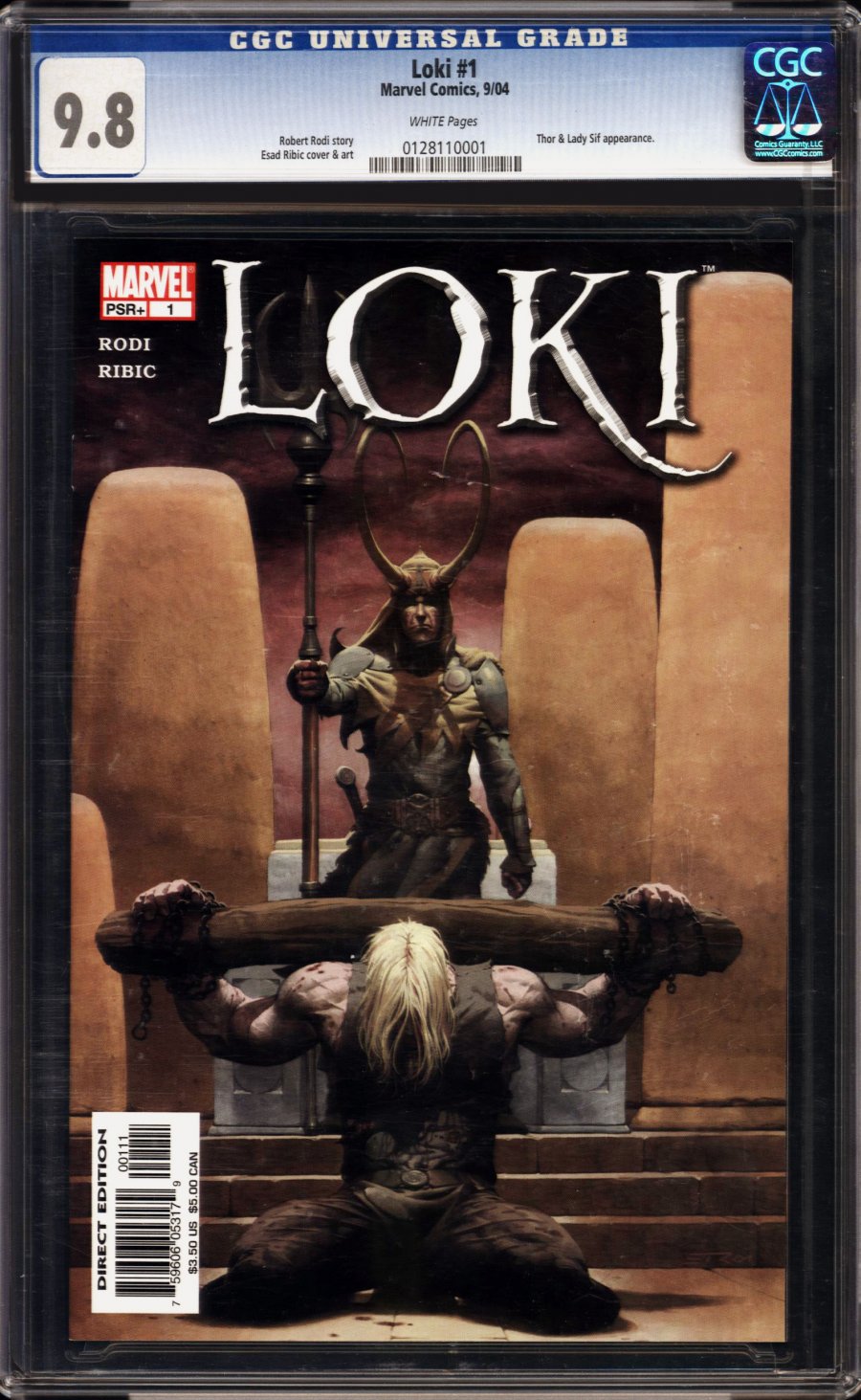 $81
Sold For
14
Bids
This auction has ended.
PUBLISHER: Marvel
COMMENTS: white pgs
Rodi/Ribic
Read Description ▼
Sell One Of These Inquire About This

Watch
white pgs
Rodi/RibicWritten by ROB RODI Art & Cardstock Covers by ESAD RIBIC There are two sides to every story. You've heard Thor's ? now it's time to hear Loki's. Odin's least favorite son rewrites Asgardian lore from his perspective in this 4-issue limited series, featuring the breathtaking painted artwork of Esad Ribic (WOLVERINE). In this story, Loki's insatiable lust for power, his conflicted sentiments toward Sif, his antipathy toward Balder, and the deep-seated feelings of longing and resentment toward his older brother, Thor, and uncaring father, Odin, will take on new meaning. And if that's not enough, just stare at the lush painted art by Ribic ? you won't be disappointed!