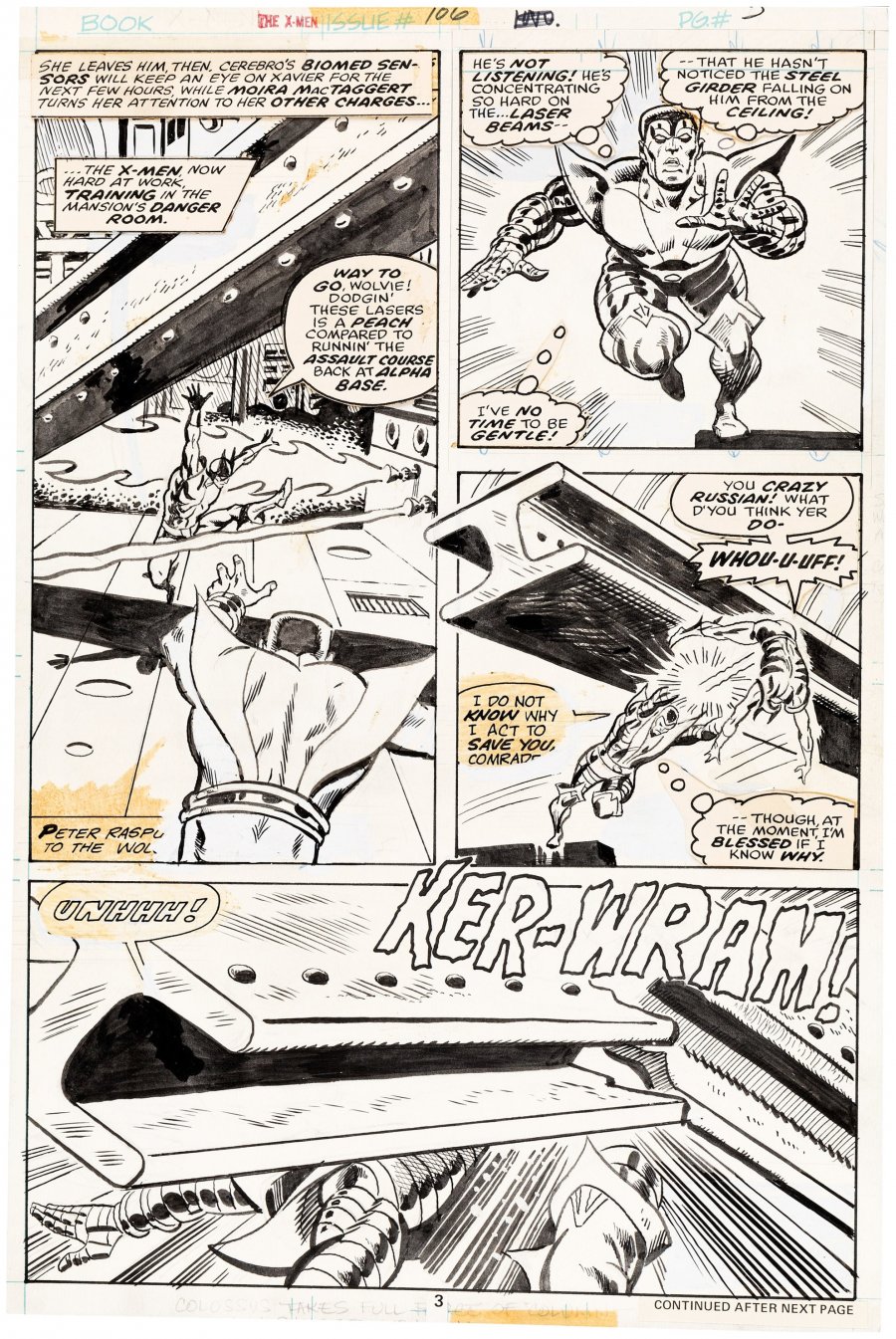 Watch
Bob Brown pencils/Tom Sutton inks; page 3; 1977; image size 10" x 10.5"
Colossus and WolverineWolverine and Colossus in an early Danger Room session, the two are just getting acquainted, it would be a while before they teamed up for their fastball special. This story was one of the last drawn by Brown during his long career, it was published posthumously and featured a eulogy in the book. Pen and ink. Art is in very good condition, there are a couple of balloon paste-ups missing.
Artists Information