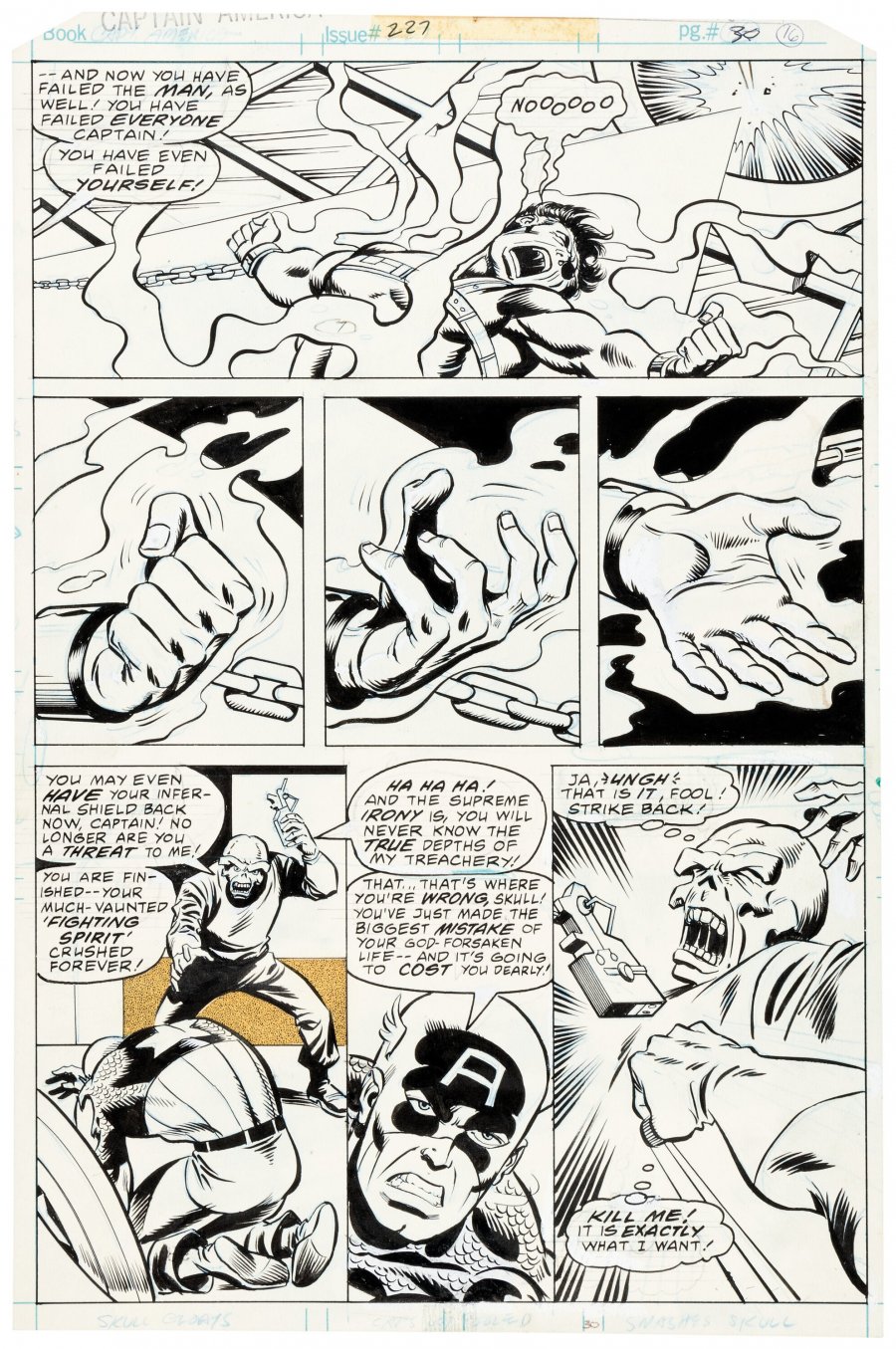 John Tartaglione (born 1921) was an American comic book artist best known as a 1950s comic-romance artist; a Marvel Comics inker during the Silver Age of comic books; and the illustrator of the Marvel biographies The Life of Pope John Paul II and Mother Teresa of Calcutta, the first of which at least sold millions of copies worldwide in several languages. Raised in Brooklyn, New York, Tartaglione studied at that borough’s Pratt Institute and at the Traphagen School of Fashion in Manhattan. Comics-creator credits were not routinely given in the early days of comic books, up through the 1960s, making a comprehensive listing of Tartaglione’s credits difficult to compile. His first confirmed work as a comic-book inker is the six-page story “The Mad Monk!” in Amazing Detective Cases #6 (May 1951), from Atlas Comics, the 1950s forerunner of Marvel Comics. His first confirmed pencil art is the six-page story “The Man Who Walked the Plank” for the same publisher’s Young Men #11 (Oct. 1951). Tartaglione thus began a long association with Marvel that found him penciling suspense, adventure, sports and crime stories - signing his work a variety of ways including “Tartag,” “Tar,” “Leone” and “JT” - though he was most prolific in romance titles, illustrating more than 120. Tartaglione also freelanced for DC Comics, Charlton Comics and for and for Gilberton Publications, where he illustrated the Classics Illustrated adaptations; Won by the Sword and Tom Brown’s Schooldays. From 1963 to 1966, he penciled several Movie Classic Adaptations for Dell Comics – from Jason and the Argonauts to Beach Blanket Bingo – as well as TV series tie-in comics (Ben Casey, Burke’s Law, The Defenders, Dr. Kildare) and other, including the presidential biographies; John F. Kennedy (inked by Dick Giordano) and Lyndon B. Johnson (1964). Back at Marvel - where he sometimes went by “John Tartag” with and without a period - the wide-ranging Tartaglione had a long run inking Dick Ayers on Sgt. Fury and His Howling Commandos #27-42 (Feb. 1966 - May 1967) and other issues, plus two annuals. Following this, interspersed with other titles and characters across the Marvel line, Tartaglione spent a year as the regular inker for one of Gene Colan’s signature series, Daredevil, embellishing issues #29-35, 37, and 40-41 (June 1967 - June 1968), plus Daredevil Annual #1 (Sept. 1967). His work as a Marvel inker includes three stories with the highly influential penciler Jim Steranko. Writer-artist Steranko’s final Nick Fury story, “What Ever Happened to Scorpio?” in the much-reprinted Nick Fury, Agent of S.H.I.E.L.D. #5 (Nov. 1968) and the Arnold Drake-written X-Men #50-51 (Nov.-Dec. 1968). With the exception of an occasional item such as the cover of Dazzler #12, Tartaglione returned to penciling for the first time in years with the 64-page Marvel Comics biography The Life of Pope John Paul II (1982), written by Steven Grant and Mieczyslaw Malinski, and inked by Joe Sinnott. A 1984 follow-up profiled Mother Teresa, with the same artists and writer David Michelinie. Comics historian Mark Evanier wrote that Tartaglione at Marvel “became the ‘go-to’ guy when a project came along that required historical research and/or spiritual themes. He was therefore the perfect artist when, in 1982, Marvel issued a comic-book biography of Pope John Paul II that through various religious channels sold well into the millions, leading to a follow-up book on Mother Teresa.” Tartaglione’s last known comic-book work was inking Ron Randall on the cover and in the 22-page story of Marvel’s Wonder Man #29 (Jan. 1994). The artist, who circa 1980 had assisted Alex Kotsky on the newspaper comic strip Apartment 3-G, then turned to inking The Amazing Spider-Man daily comic strip in 2003. That November he died at home from throat cancer, which had left him unable to speak. The day before his death Tartaglione had mostly finished inking a week of Spider-Man strips. According to family friend and comics creator Billy Tucci, Tartaglione’s artist daughter, Mary Beth, “actually finished this week’s inks on the Spider-Man strips today and sent them out, closing out his last job.”