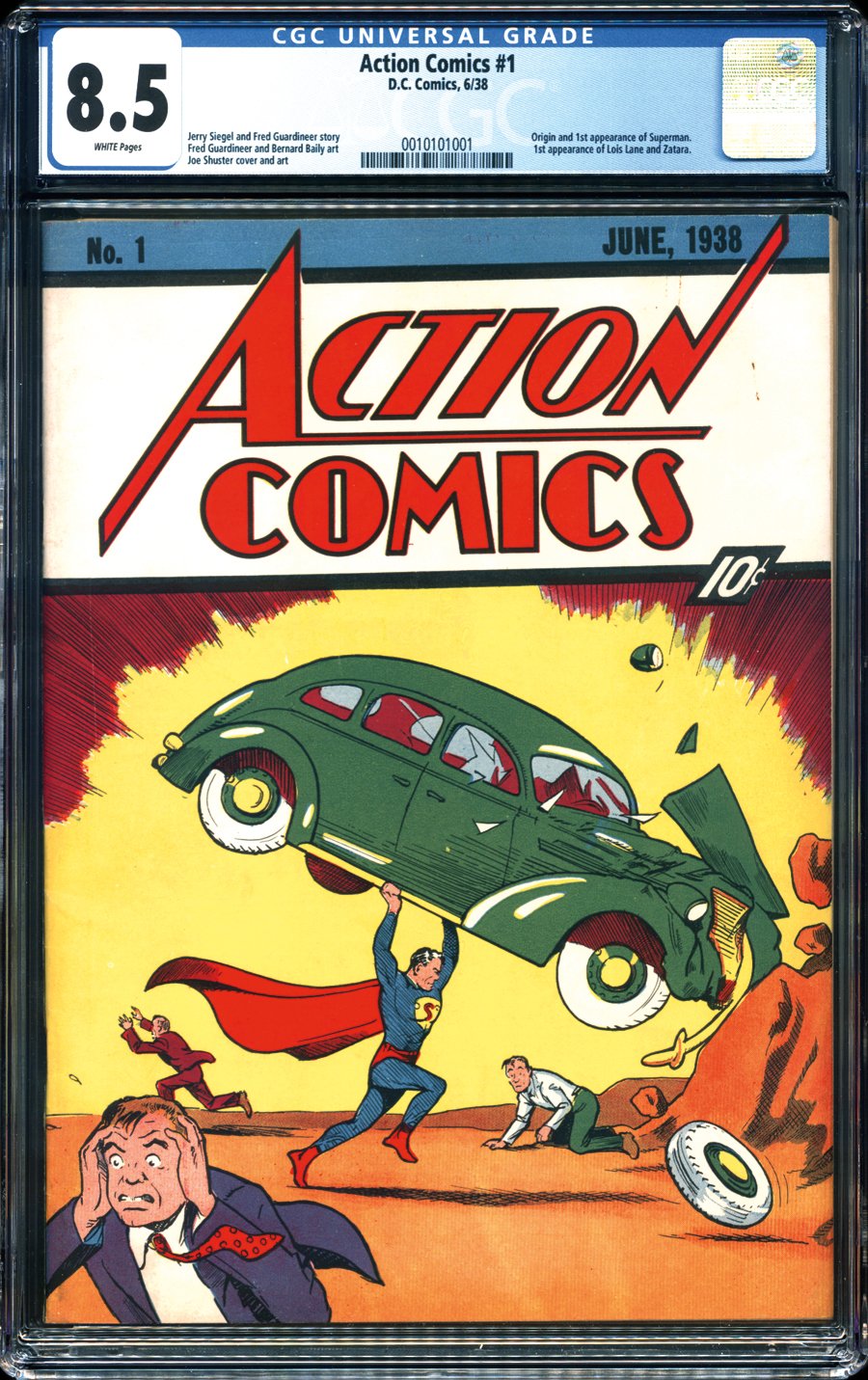 Watch
white pgs, serial #0010101001
origin & 1st app. of Superman by Siegel and ShusterThe most important comic book in history, Action #1 stands as the introduction of the archetype of all other heroes to come as Superman transcends comics and pop culture as an icon of truth, justice, and the American way!

Click here to read the official press release about this world record sale!

Click on the video below to learn more about this item! 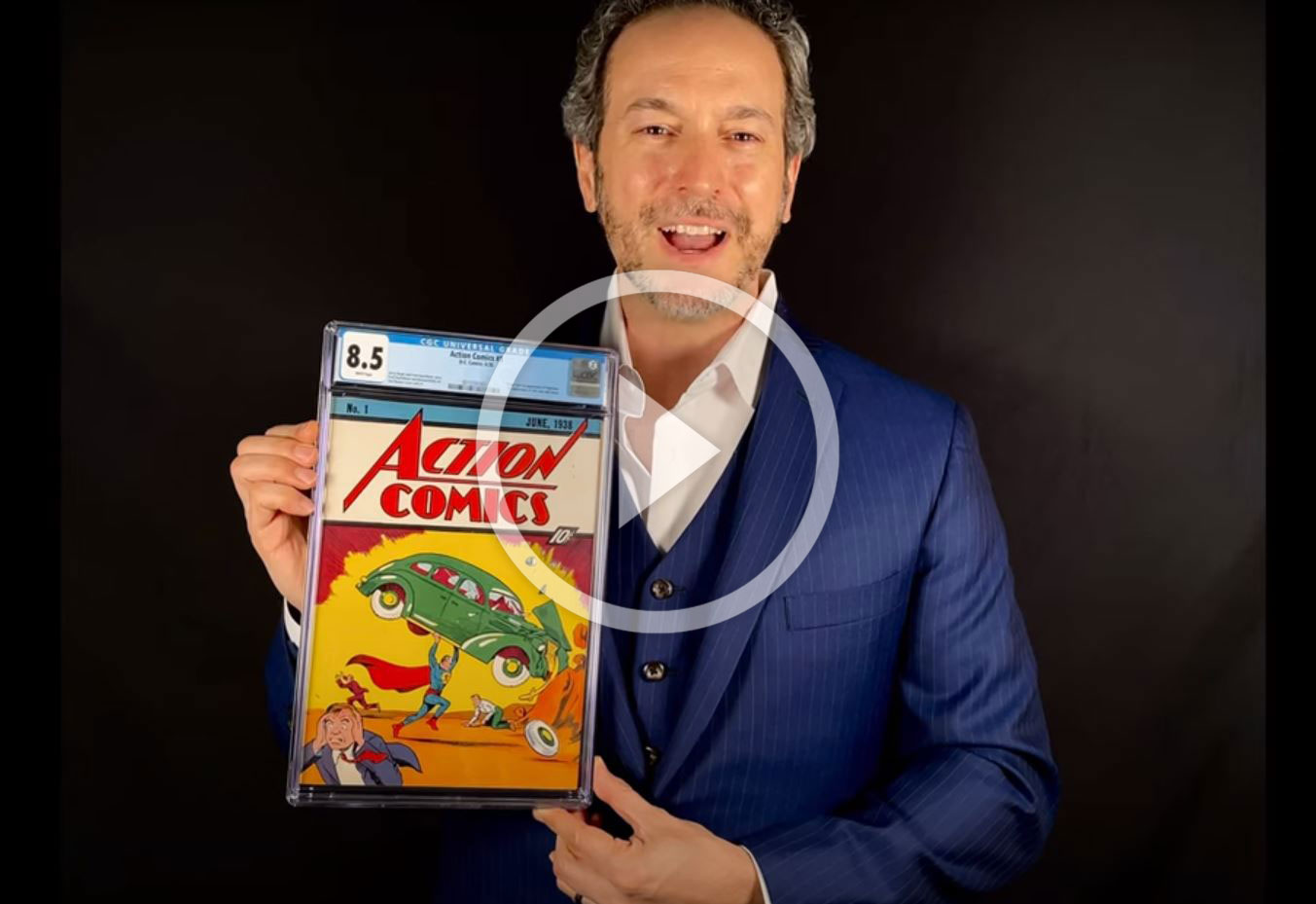