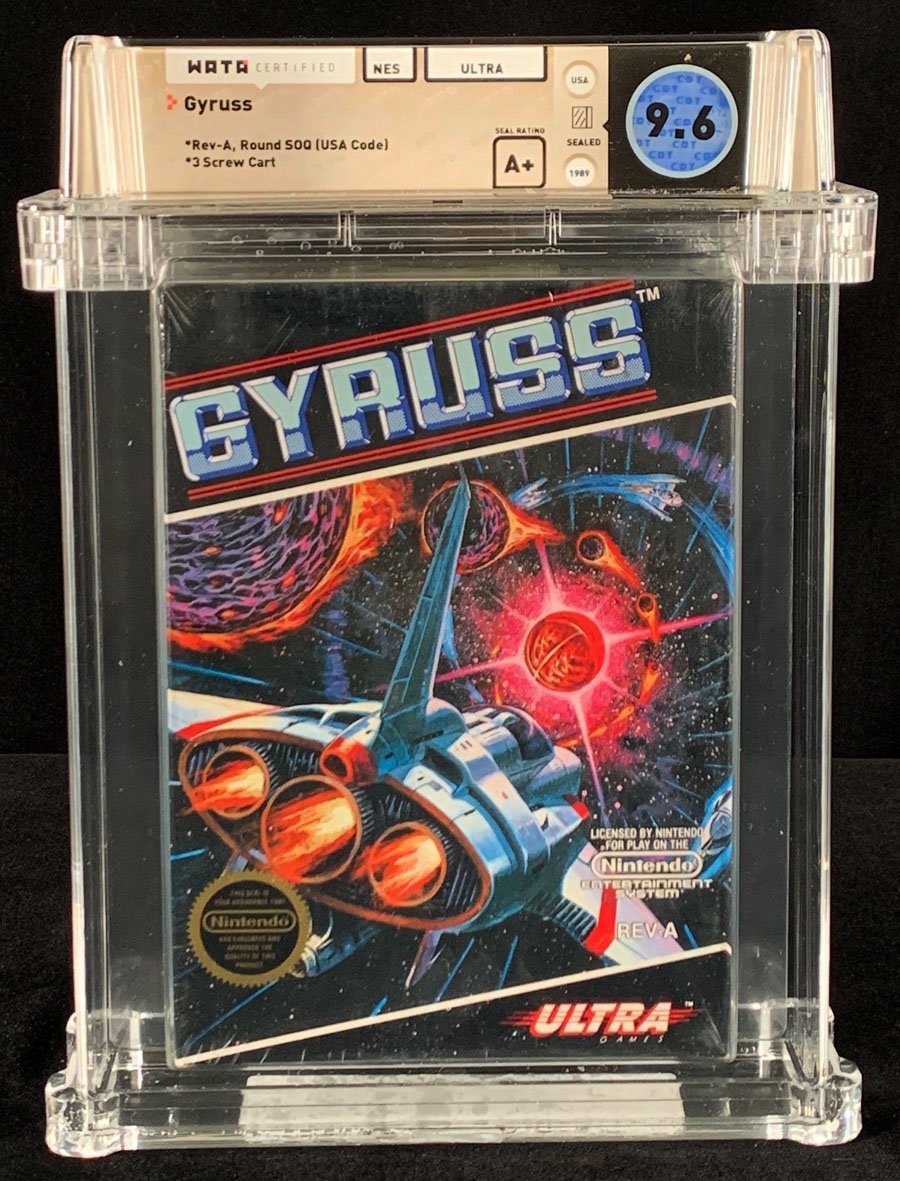 Auction Ends In
$76
Current Bid
5
Bids
NEXT MIN. BID: $77
FYI there's no need to include decimal points(.).
Bid Confirmation
You are about to submit a bid of . If you win this auction, you are legally obligated to purchase the book. Are you sure you want to continue?
Don't Show Again (except when higher than min. bid)
(No Reserve)
PUBLISHER: Ultra Games
COMMENTS: A+ Seal Rating; First-party H-Seam; Rev-A; Round SOQ(USA Code); 3 Screw Cart
Port of the 1983 Konami arcade game; Designed by Yoshiki Okamoto; Cover Artist: Tomo Yamamoto
Read Description ▼
Sell One Of These Inquire About This

Watch
A+ Seal Rating; First-party H-Seam; Rev-A; Round SOQ(USA Code); 3 Screw Cart
Port of the 1983 Konami arcade game; Designed by Yoshiki Okamoto; Cover Artist: Tomo Yamamoto300 Billion People Are Counting On You - So Don't Choke!
It's A.D. 2500 and mankind has penetrated the galaxy's fringes, establishing colonies of peace from Mercury to Pluto. Suddenly, the tranquility of the Milky Way erupts into frothing fury as armadas of alien deathships swam into our solar system like killer bees preying on a innocent bystander, No one is spared. Even beloved Mother Earth is stung. These vicious cosmic Visigoths are war starved Gyrusians. And, led bu the immortal Genghis Khan(whom they recruited from Mongolia centuries ago), they're out to trash civilization. With our galactic fleet flattened, you're the lone space cowboy who escapes the Gyruss shroud of doom. Now you must scorch through the galaxy, with Neo-Bomb-Blaster Cannons and Ultra-Lazonic Phasers. So prepare for the fight of your life. And don't flinch, or else the entire universe will get pulverized!