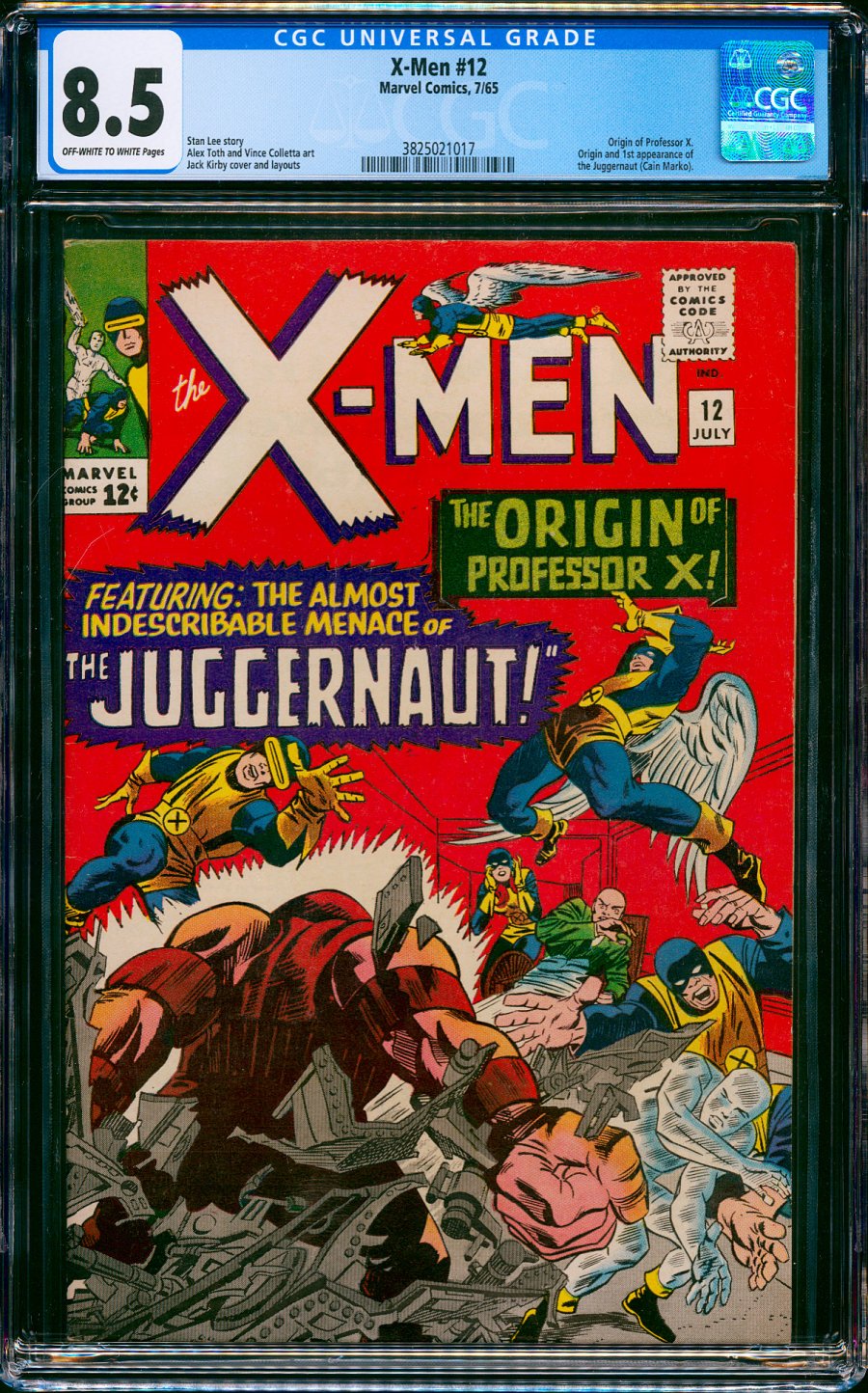 Auction Ends In
$1,850
Current Bid
12
Bids
NEXT MIN. BID: $1,900
FYI there's no need to include decimal points(.).
Bid Confirmation
You are about to submit a bid of . If you win this auction, you are legally obligated to purchase the book. Are you sure you want to continue?
Don't Show Again (except when higher than min. bid)
(No Reserve)
PUBLISHER: Marvel
COMMENTS: ow/w pgs
Jack Kirby cvr; origin & 1st app. of the Juggernaut, origin Professor X
Read Description ▼
Sell One Of These Inquire About This

Watch
ow/w pgs
Jack Kirby cvr; origin & 1st app. of the Juggernaut, origin Professor XPicking up where issue #11 leaves off, X-Men #12 tells the tale, in flashback, of Professor Xavier's brother and their strained relationship. After Cerebro warns the X-Men of the approach of a super-powerful mutant, the team readies their defenses, during the preparations, Professor X regales his students with stories of his youth, and his family drama. It seems Charles Xavier's father died under mysterious circumstances, and his mother remarried a man named Kurt Marko, whose son Cain was both a brother and an antagonist to Charles throughout their formative years, after discovering a mysterious cave during the Korean War, Cain is endowed with superpowers before being buried under rubble. It turns out Professor X's brother is back, and boy is he mad, once he arrives to take on the X-Men's hastily prepared defenses, Charles utters his brother's new name, one that will become legendary in the Marvel canon, Juggernaut! This issue features pencils by Kirby, Alex Toth, and inks by Vince Colletta.Click on the image below to watch the YouTube video about this item and other X-Men #12's in this auction! 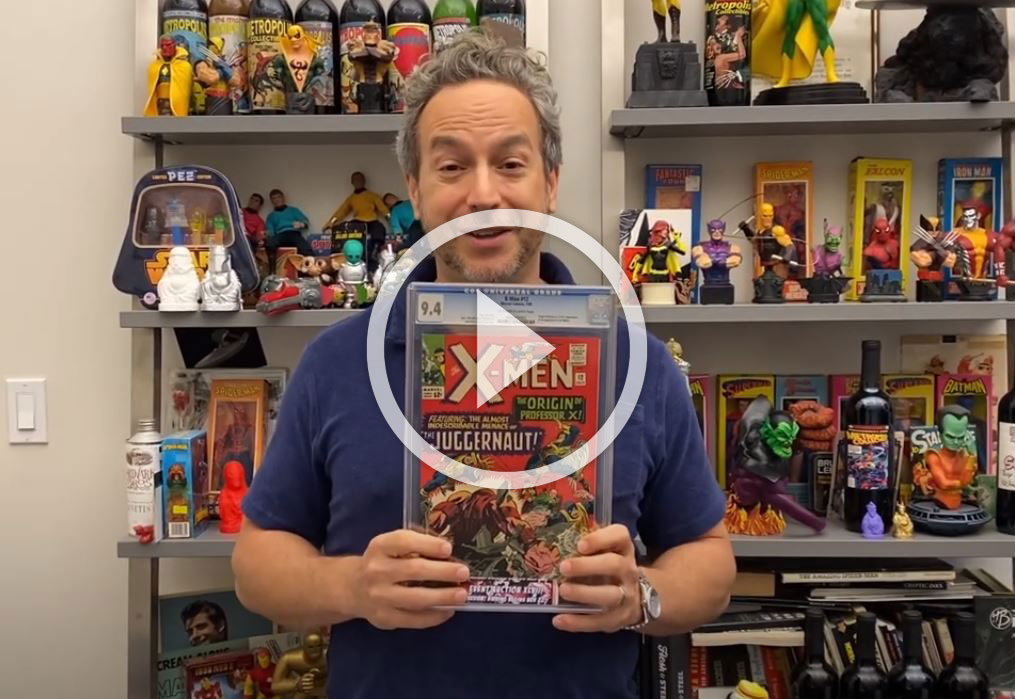