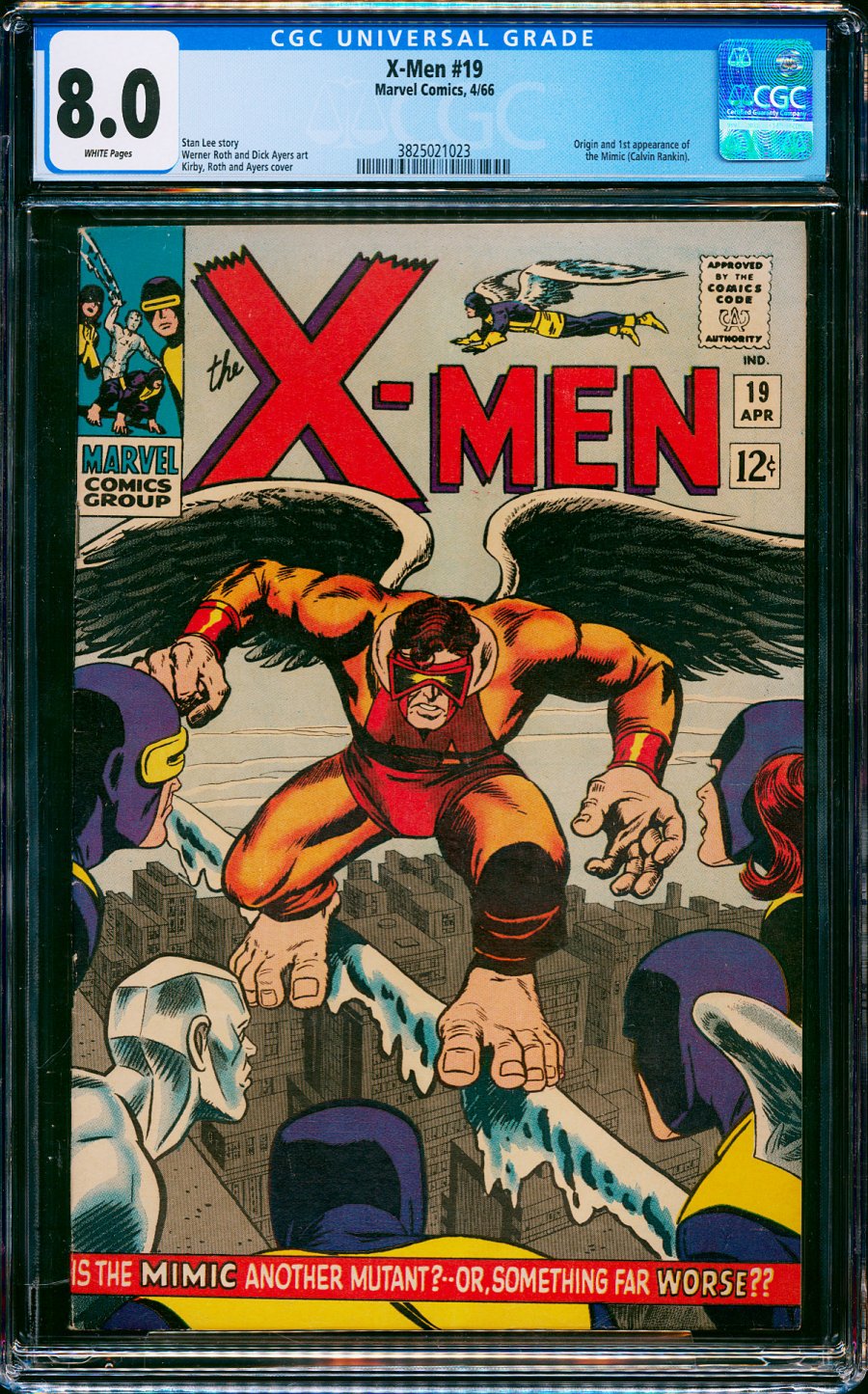 Auction Ends In
$165
Current Bid
4
Bids
NEXT MIN. BID: $175
FYI there's no need to include decimal points(.).
Bid Confirmation
You are about to submit a bid of . If you win this auction, you are legally obligated to purchase the book. Are you sure you want to continue?
Don't Show Again (except when higher than min. bid)
(No Reserve)
PUBLISHER: Marvel
COMMENTS: white pgs
Kirby cvr; origin and 1st app. the Mimic
Read Description ▼
Sell One Of These Inquire About This

Watch
white pgs
Kirby cvr; origin and 1st app. the MimicIn this issue the X-Men encounter a new villain, the Mimic, a bad guy with the ability to copy the powers of any hero he in in the vicinity of, stumbling into the path of several mutants, the Mimic follows Jean Grey back to headquarters where he attempts to overpower the mutants. This battle eventually leads to the Mimic's underground lair, where he is trying to unearth a machine that will make his temporary powers permanent. He is eventually thwarted, his mind is wiped by Professor X, and he is sent off with a new lease on life. Art by Kirby, Jay Gavin, and Dick Ayers.