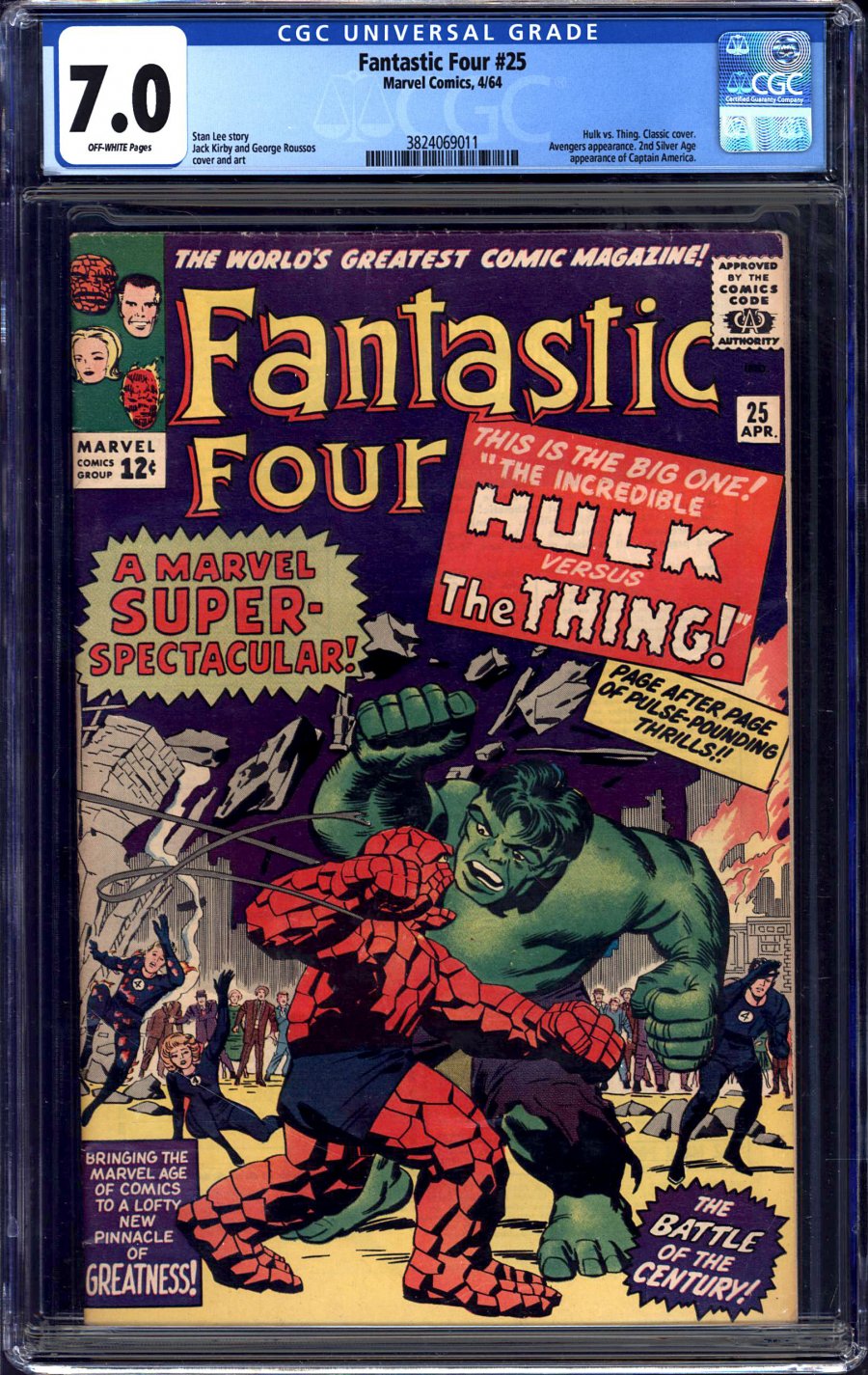 Auction Ends In
$290
Current Bid
5
Bids
NEXT MIN. BID: $300
FYI there's no need to include decimal points(.).
Bid Confirmation
You are about to submit a bid of . If you win this auction, you are legally obligated to purchase the book. Are you sure you want to continue?
Don't Show Again (except when higher than min. bid)
(No Reserve)
PUBLISHER: Marvel
COMMENTS: ow pgs
Kirby cvr/art; classic Hulk vs. Thing cover; 2nd SA Captain America app. (cameo)
Read Description ▼
Sell One Of These Inquire About This

Watch
ow pgs
Kirby cvr/art; classic Hulk vs. Thing cover; 2nd SA Captain America app. (cameo)Never let it be said that Marvel wouldn't give the people what they wanted. It's understandable that young readers would instantly gravitate to the two misshapen beasts starring on this cover. The Hulk is a perfect personification of the uncontrollable rage, emotional turmoil, and alienation felt by any growing boy fighting through hormones and the general pains of childhood, while the Thing appealed to any kid whose own body seemed to be clumsily betraying them through the trials and troubles of growing up. Pit these two beasts against each other and you're guaranteed to sell out on day one, as Marvel happily discovered and continued to exploit throughout the Silver and Bronze Age, almost annually. Here, the showdowns had not yet exhausted their potential, and you can still feel the joy of inventiveness and novelty bursting forth in Kirby's typically epic cover image.