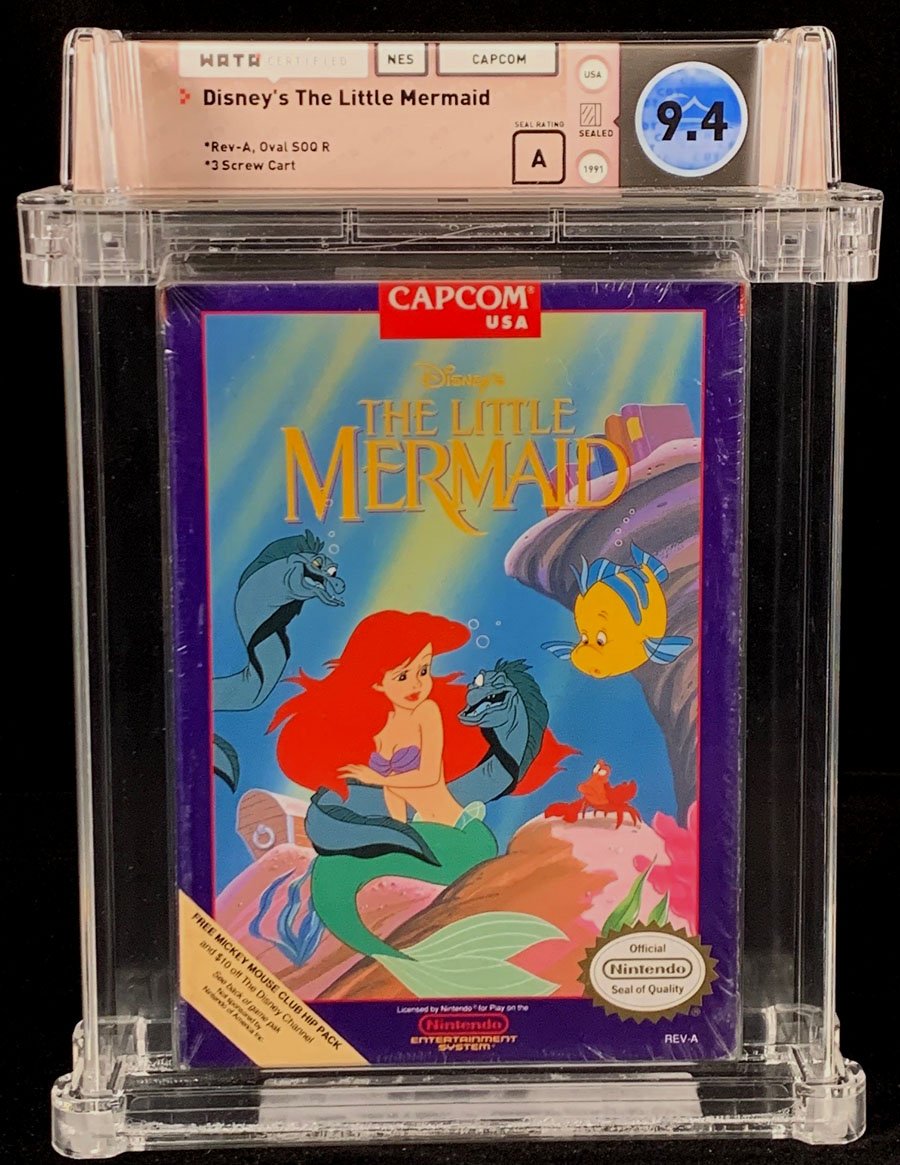 Auction Ends In
$205
Current Bid
4
Bids
NEXT MIN. BID: $210
FYI there's no need to include decimal points(.).
Bid Confirmation
You are about to submit a bid of . If you win this auction, you are legally obligated to purchase the book. Are you sure you want to continue?
Don't Show Again (except when higher than min. bid)
(No Reserve)
PUBLISHER: Capcom
COMMENTS: A Seal Rating; First-party H-Seam; Rev-A; Oval SOQ R; 3 Screw Cart
Music composed by Yauaki Fujita; Based on the 1989 movie
Read Description ▼
Sell One Of These Inquire About This

Watch
A Seal Rating; First-party H-Seam; Rev-A; Oval SOQ R; 3 Screw Cart
Music composed by Yauaki Fujita; Based on the 1989 movieIF you're up for adventure, look under the sea! Ariel, the little mermaid who became human, and Eric, prince of the land, are head over fins in love. But Ariel's friends are in deep trouble! Ursula, the evil Witch of the Sea, has cast a spell on all watery creatures. If Ursula's not stopped, she'll take over the ocean! To save her friends, Ariel dives into the sea, becoming a mermaid again. But the water is full of jellyfish, lobsters, eels, and blowfish. Ariel quickly snares the fierce fish while diving and leaping to escape danger. At Ursula's palace, the wicked witch attacks with her most treacherous tricks. Can Ariel defeat her in time to save the Sea?