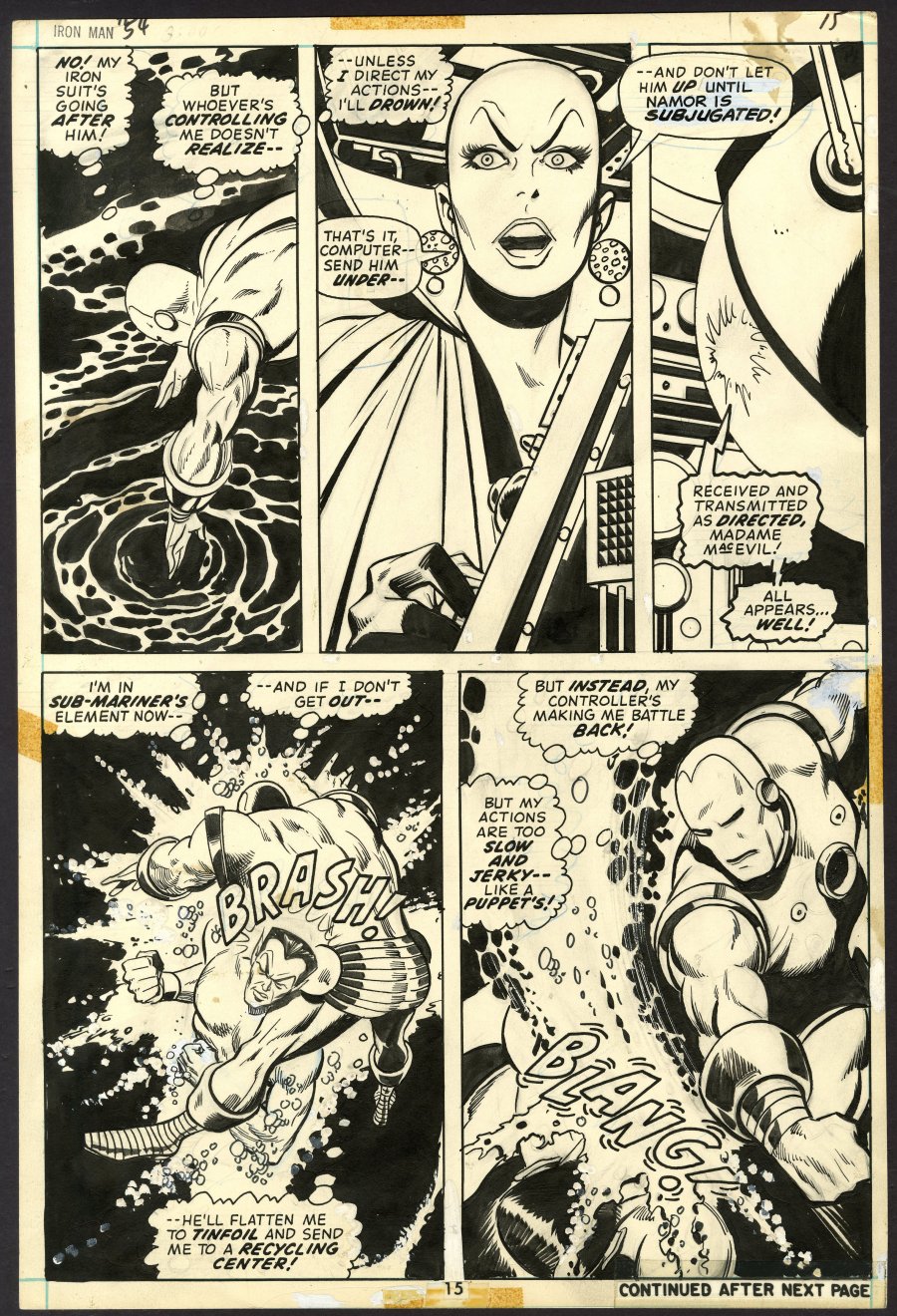 $7,755
Sold For
34
Bids
This auction has ended.
PUBLISHER: Marvel
COMMENTS: George Tuska pencils/Vince Colletta and Bill Everett inks; page 15; 1973; image size 10" x 15"
Iron Man vs. The Sub-Mariner! 1st appearance of Moondragon!
Read Description ▼
Sell One Of These Inquire About This

Watch
George Tuska pencils/Vince Colletta and Bill Everett inks; page 15; 1973; image size 10" x 15"
Iron Man vs. The Sub-Mariner! 1st appearance of Moondragon!Stellar Iron Man vs. Sub-Mariner page by Tuska, with inks by Colletta, the Sub-Mariner face in panel 4 is inked by his creator Bill Everett. This page also features a prominent panel of Madame MacEvil who would later be know as Moondragon! The bottom tier of the page features spectacular fight panels of Iron Man and Subby, beautifully illustrated by Tuska. Pen and ink. Art is in excellent condition, with minor tape residue and staining. 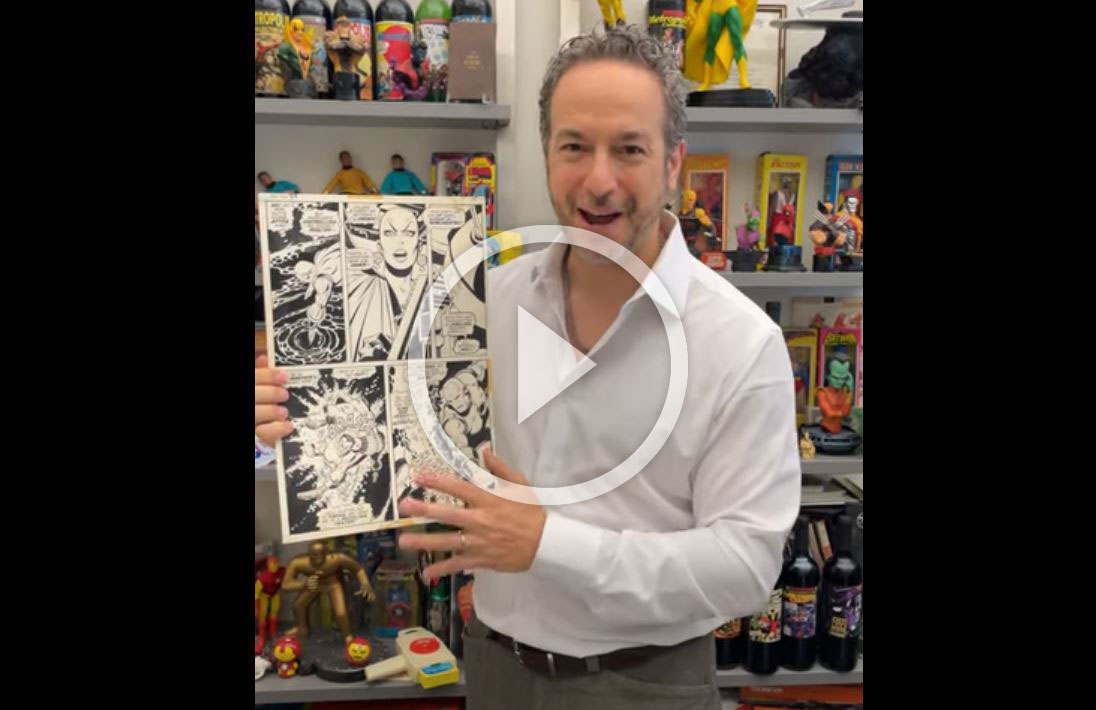