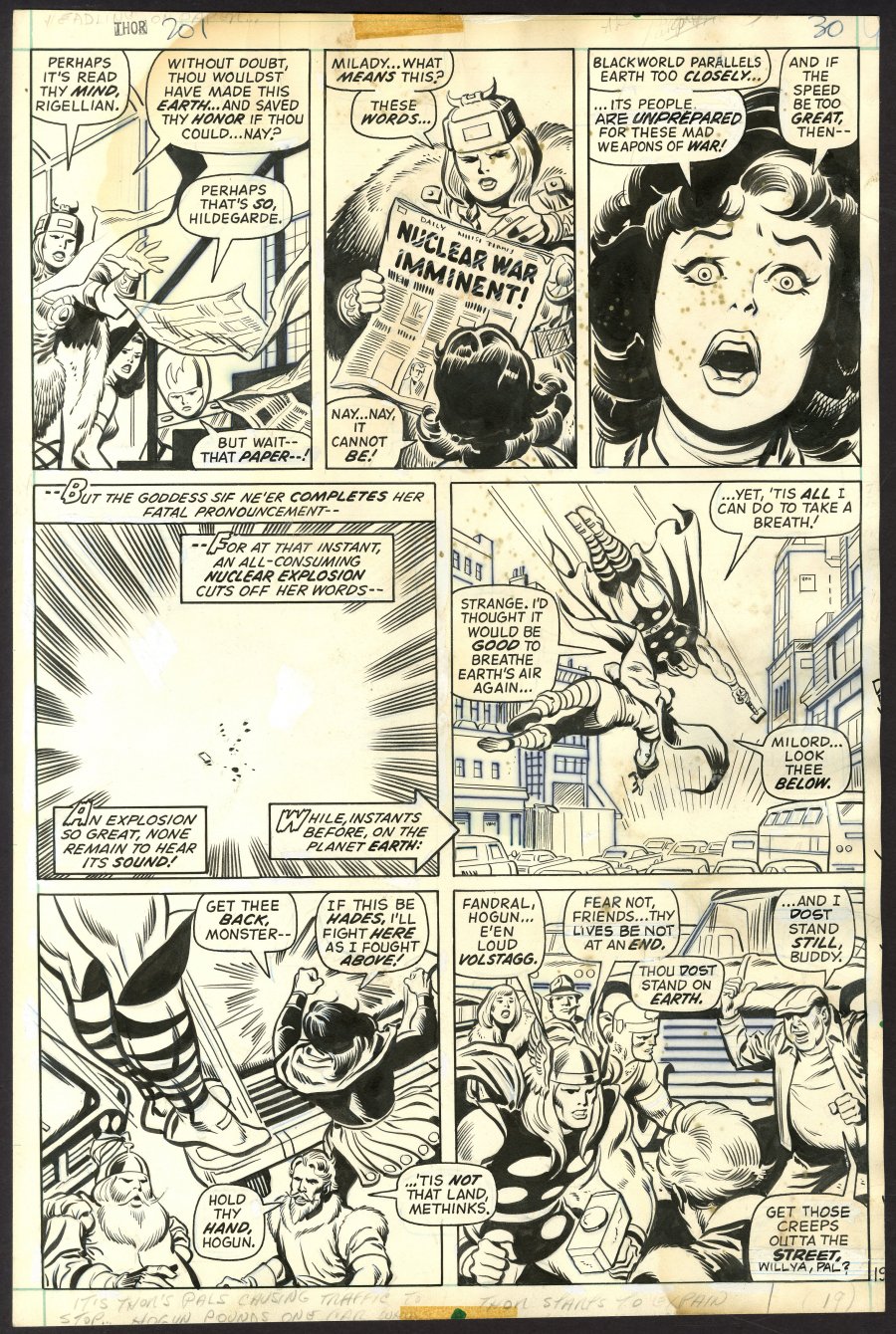 Watch
John Buscema layouts/Jim Mooney finishes; page 19; 1972; image size 10" x 15"The Lady Sif and Hildegarde are interrupted by a nuclear esplosion on Blackwold, meanwhile on Earth Thor and Balder find Hogun, Fandral, and Volstagg whom they have come to aid. Pen and ink. Art is in good condition, there is water damage that has led to some staining and mild bleeding, the page presents nicely despite all this.
Artists Information