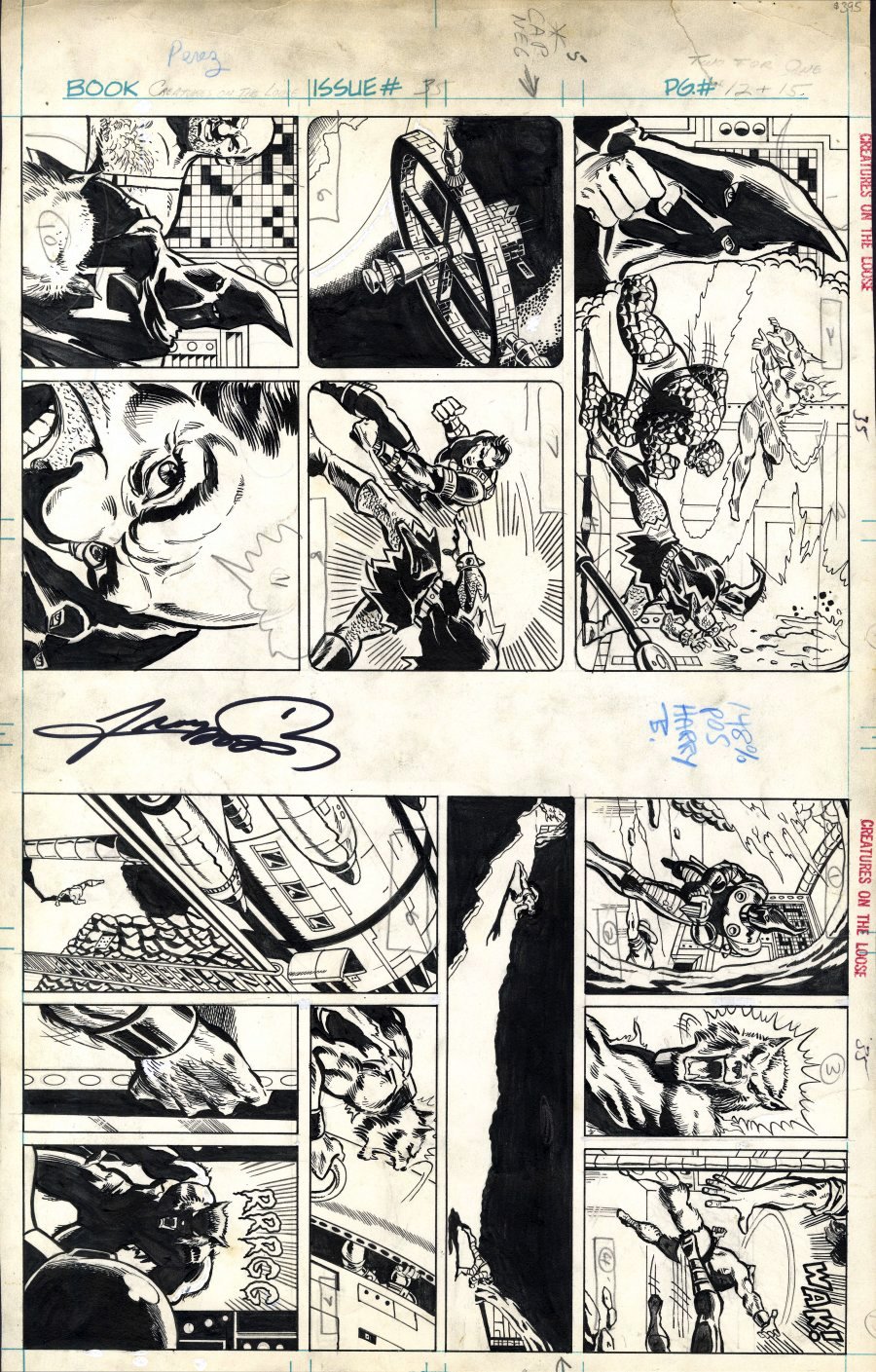 Watch
George Perez pencils/Frank McLaughlin inks; pages 12 & 15; 1975; image size 10" x 15"
Perez's first Fantastic Four art!Two pages for one! George Perez gives us a little bit of everything, drawing two 7" x 10" pages on a single art board. On the first page The Thing, The Human Torch and Nick Fury battle The Hate Monger, a clone of Hitler (Perez's very first time drawing the FF!), the second page features John Jameson the Man-Wolf (and son of J. Jonah Jameson) making his way through Hate Mongers base dispatching minions. Great work form the future fan favorite Perez. Pen and ink. Art is in very condition, there is light handling wear and a 1" tear to the left of the first page that does not affect the artwork. Signed by Perez.
Artists Information