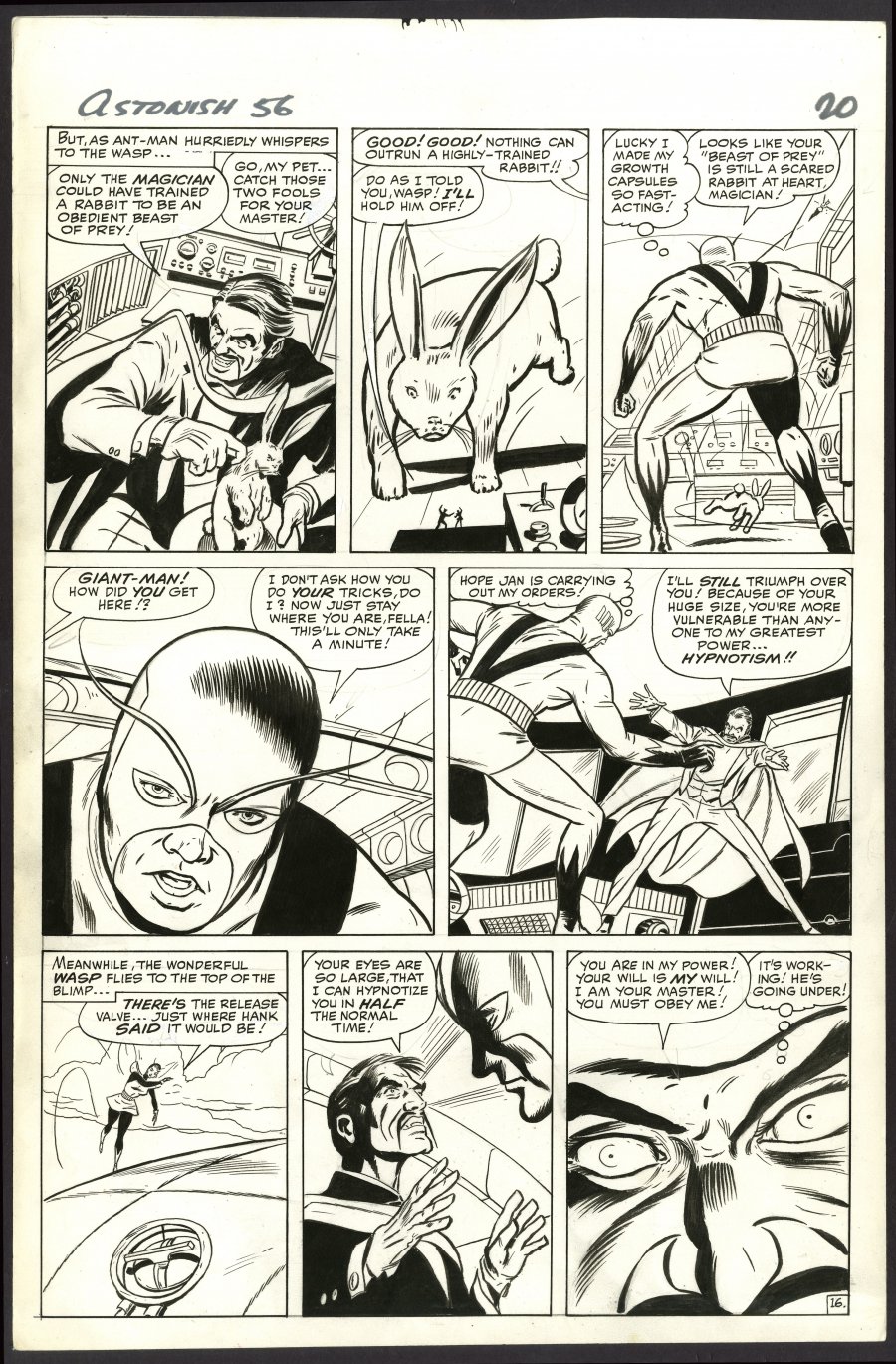 Watch
Dick Ayers pencils and inks; 'The Coming of the Magician!' page 16; 1964; image size 12.5" x 18.5"Hank Pym as Ant-Man and Giant-Man as he gets the jump on The Magician and trained rabbit? Also featuring The Wasp. Great twice-up Silver Age Marvel action by Ayers. Pen and ink. Art is in excellent condition.