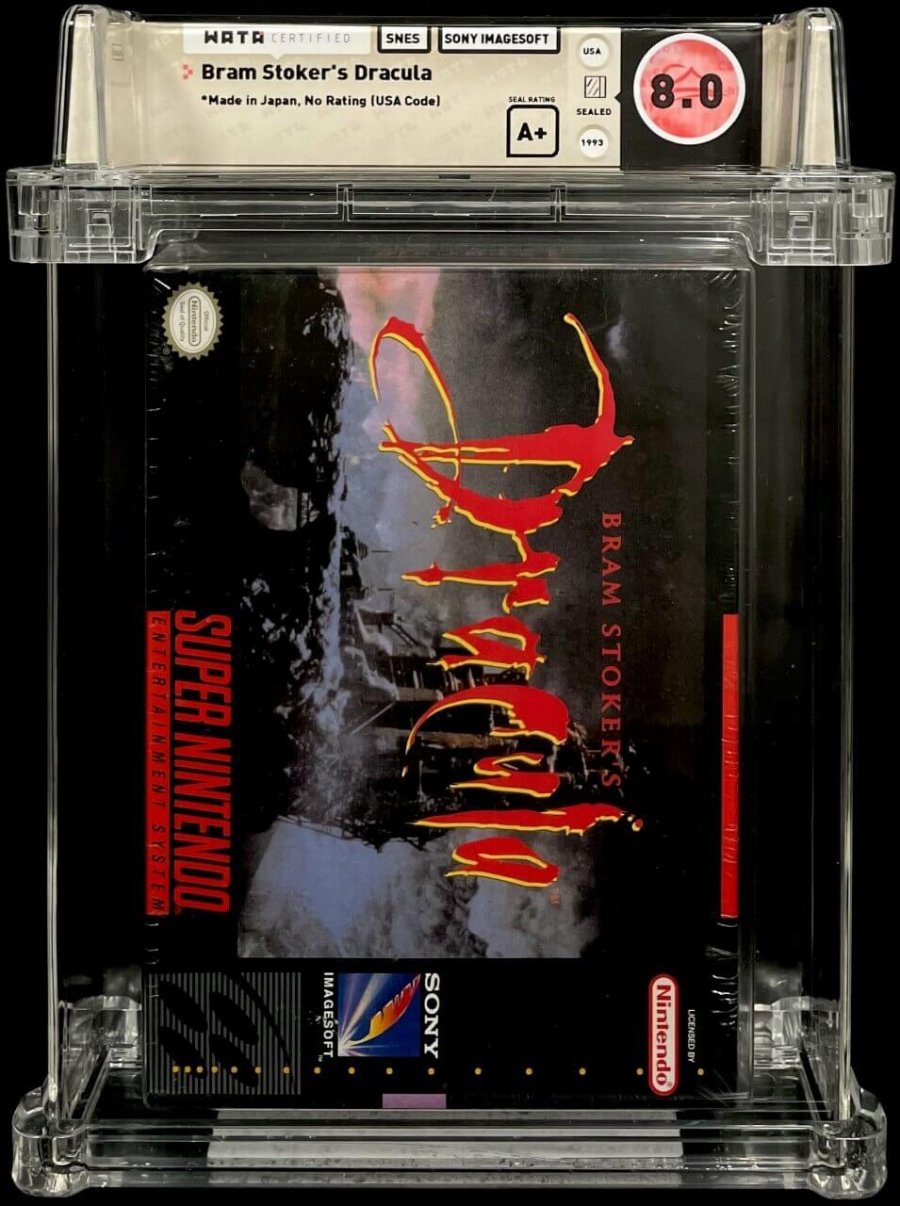 Auction Ends In
$1
Current Bid
1
Bids
NEXT MIN. BID: $3
FYI there's no need to include decimal points(.).
Bid Confirmation
You are about to submit a bid of . If you win this auction, you are legally obligated to purchase the book. Are you sure you want to continue?
Don't Show Again (except when higher than min. bid)
(No Reserve)
PUBLISHER: Sony
COMMENTS: A+ Seal Rating; First-party V-Seam; Made in Japan; No Rating(USA Code); Mold on box(Light)
Based on the 1992; Developed by Psygnosis
Read Description ▼
Sell One Of These Inquire About This

Watch
A+ Seal Rating; First-party V-Seam; Made in Japan; No Rating(USA Code); Mold on box(Light)
Based on the 1992; Developed by PsygnosisBram Stoker's Dracula for the Super NES goes straight for the jugular with spine-chilling action so real you won't believe your eyes. As vampire hunter Jonathan Harker, you're plunged deep into the world of the undead in this ultimate interactive movie. Seven terrifying levels, each with various day and night sections, plus incredible 3-D graphics bring to life the cold, dark dungeons of Castle Dracula, the brutal Transylvanian countryside and the eerie chambers of 19th-century London. By day, you'll fight bloodthirsty bats and poisonous spiders in our search for weapons. As the sun sets, beware...because now the Prince of Darkness himself arises and comes for you...as bat, wolf, even as an old man. Bram Stoker's Dracula. Make no mistake...he must be stopped!