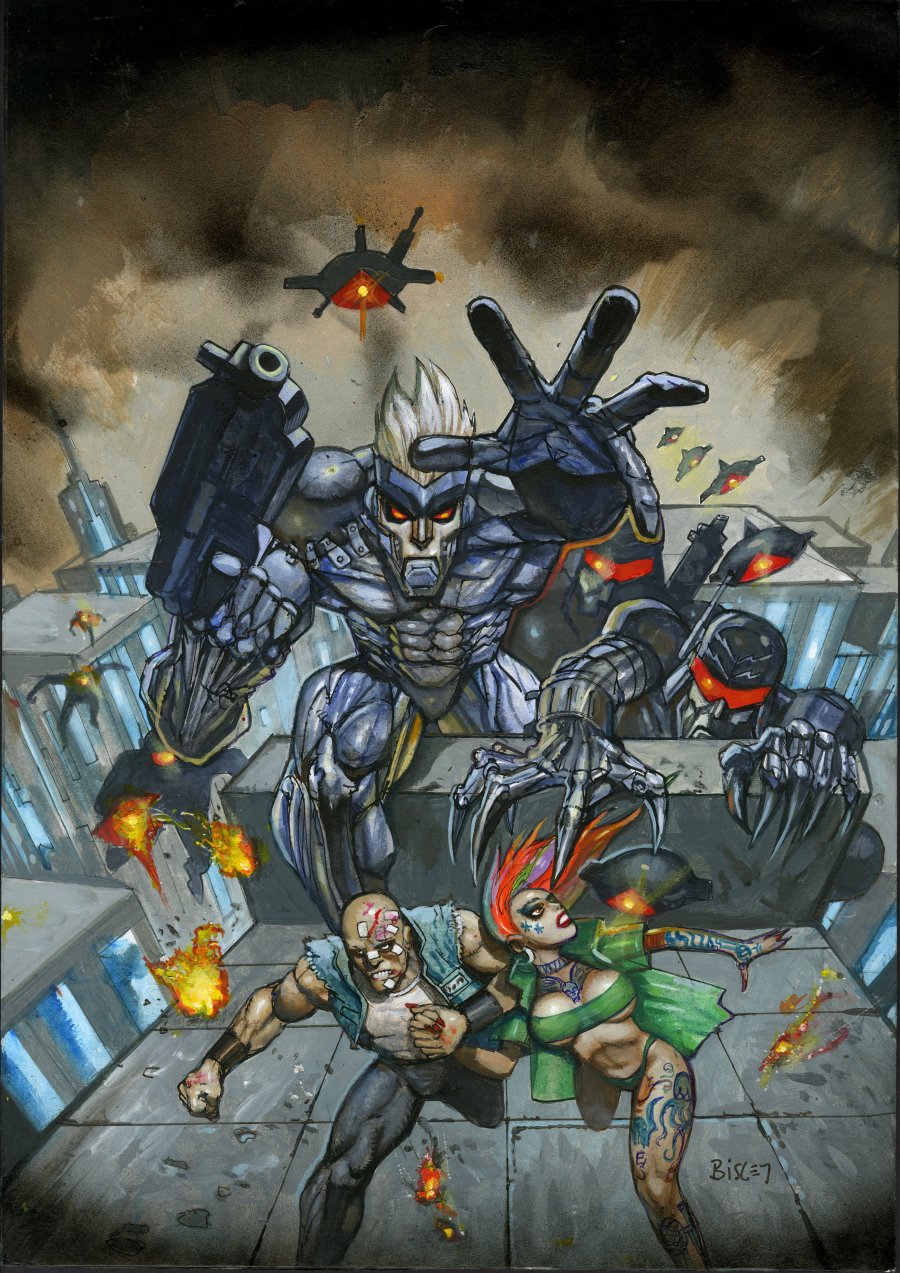 Watch
Simon Bisley painting; cover; 2020; image size 11.75" x 16.5"Robots on the rampage in this cover to the Heavy Metal produced series by the legendary Bisley. His instantly recognizable style is on full display in this great action cover. Mixed media. Art is in excellent condition. Mounted to a 12" x 17" board. Signed by Bisley.
Artist Information