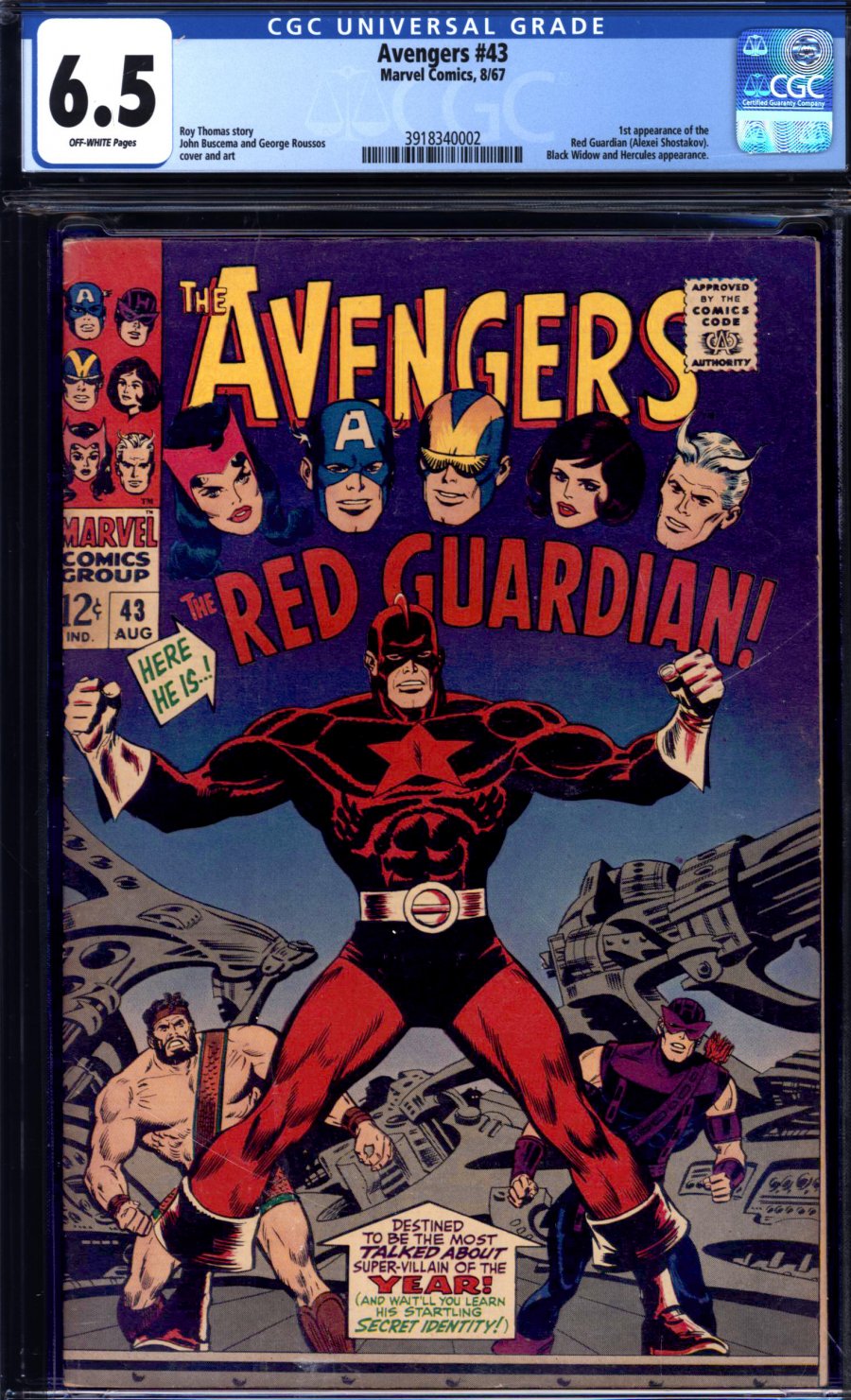 Watch
ow/white pages
1st app. Red Guardian; Black Widow movie!Since the announcement of David Harbour of “Stranger Things” fame portraying the Red Guardian in the “Black Widow” MCU film, Avengers #43 has seen heightened interest and an impressive jump in value. Originally an ally during the wartime era of the Golden Age, the Red Guardian was reworked into a Cold War adversary in the Silver Age. The character was the husband of the Natasha Romanova aka the Black Widow; gifted with deadly hand-to-hand combat skills, great strength and a magnetic flying disc as a weapon, the character was conceived as a Russian version of Captain America. When the Guardian was reworked as a baddie by Roy Thomas and John Buscema, the timing could not have been better as the US and USSR’s hostilities were heating up and the possibility of nuclear war was at the forefront of everyone’s minds. The character’s name would go on to be inhabited by several other individuals over time, and now, MCU fans everywhere are excited about what Harbour brings to the role in the Widow feature.