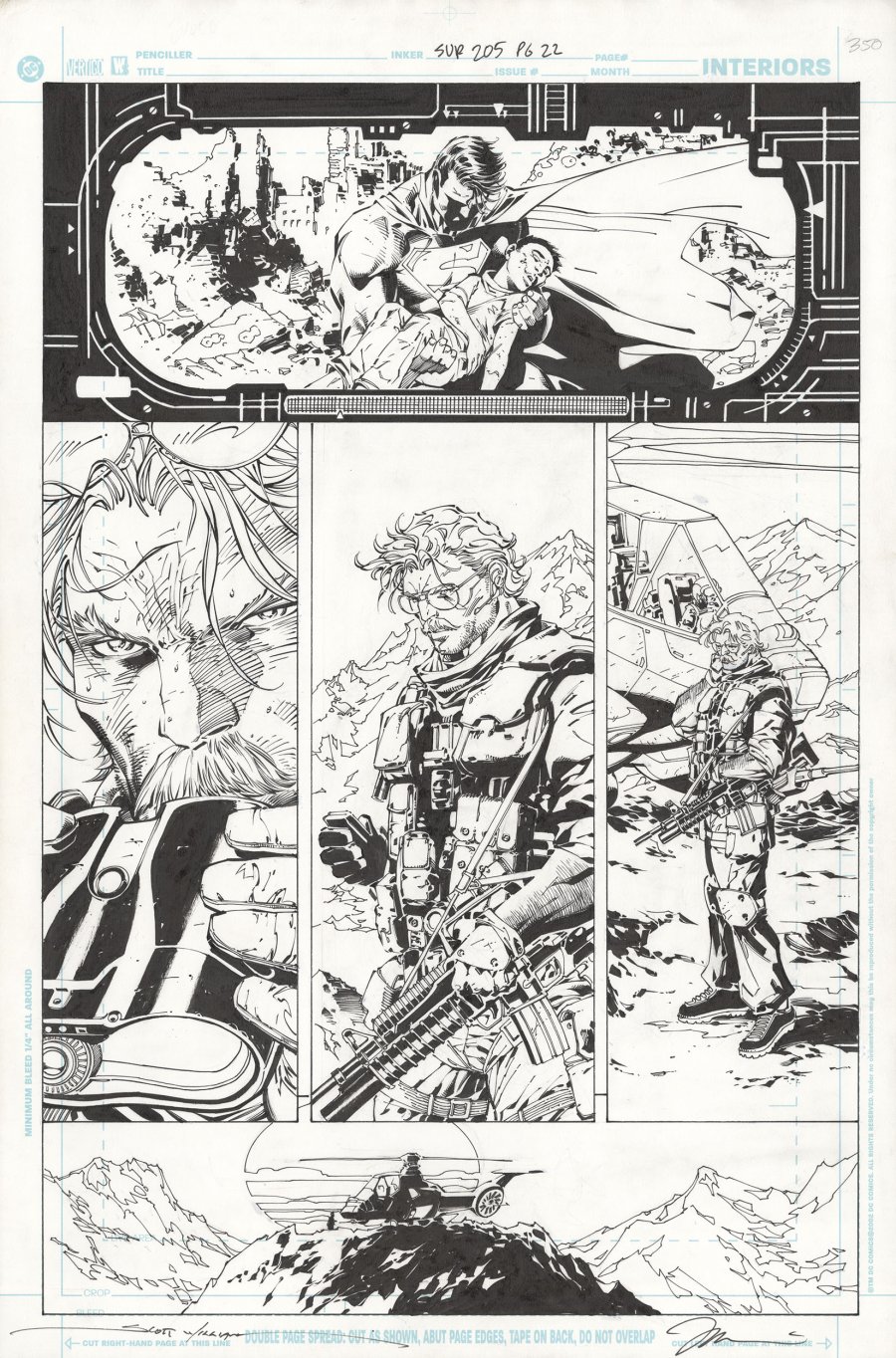 Watch
Jim Lee pencils/Scott Williams inks; page 22; 2004; image size 10" x 15"Excellent page from Lee and writer Brian Azzarello's Superman 'For Tomorrow' storyline. This was Lee's follow-up to his wildly successful run on Batman with the Hush arc. Superman cradles an injured child while the mercenary Elias Orr looks on. Beautiful drawing, as expected, from Lee and Williams. Pen and ink. Art is in excellent condition. Signed by Lee and Williams.
Artist Information