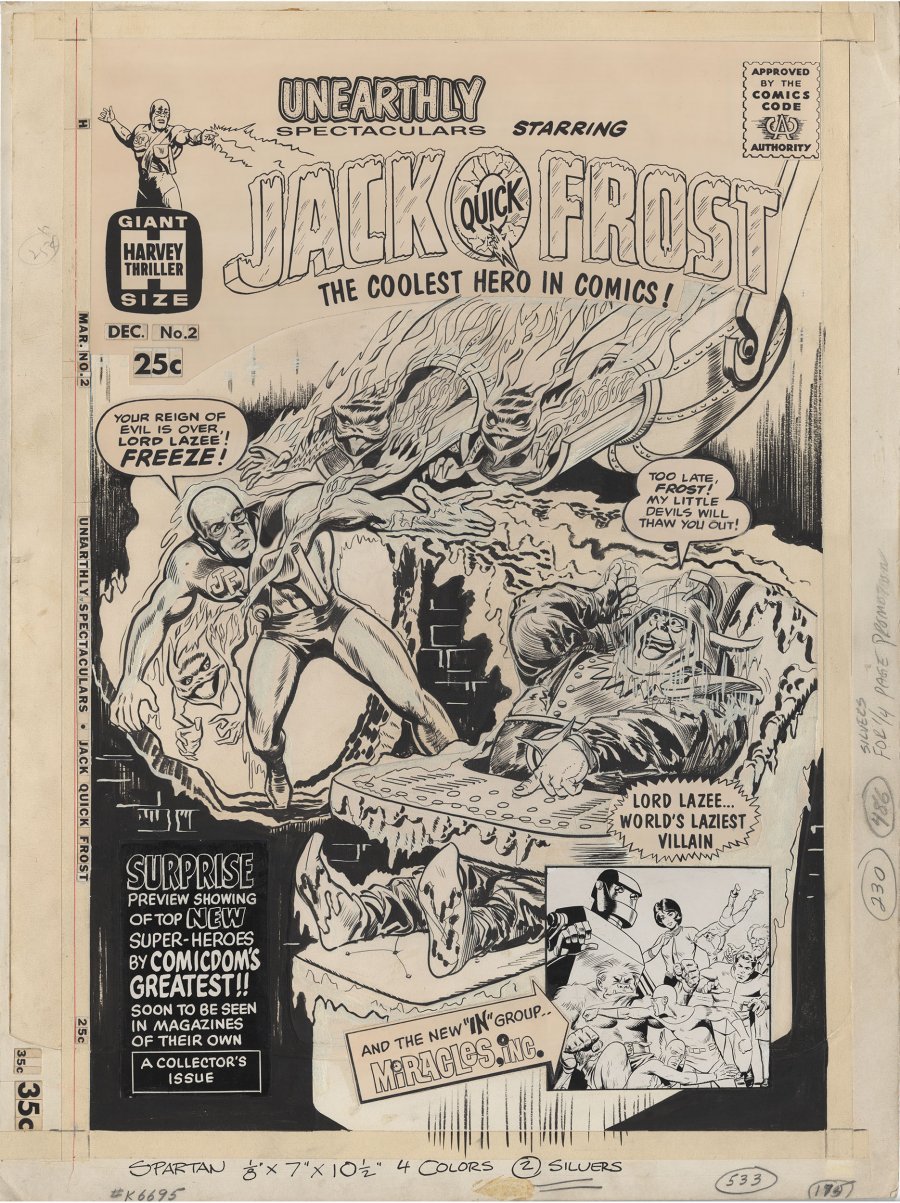 Watch
Joe Simon pencils/Jack Sparling inks; cover; 1966; image size 13" x 19"Fabulously campy twice-up Harvey cover by Simon and Sparling (who likely shared inking duties on this piece), featuring the debut of Simon's newest creation, Jack Frost. This cover features Frost facing off with 'Lord Lazee... World's Laziest Villain', who appears here in a paste-up that is all original art. Wonderful drawing from the co-creator of Captain America. Pen and ink. Art is in excellent condition. The title and other text elements are all original, the Miracles Inc. panel by Wally Wood is a photostat.
Artists Information