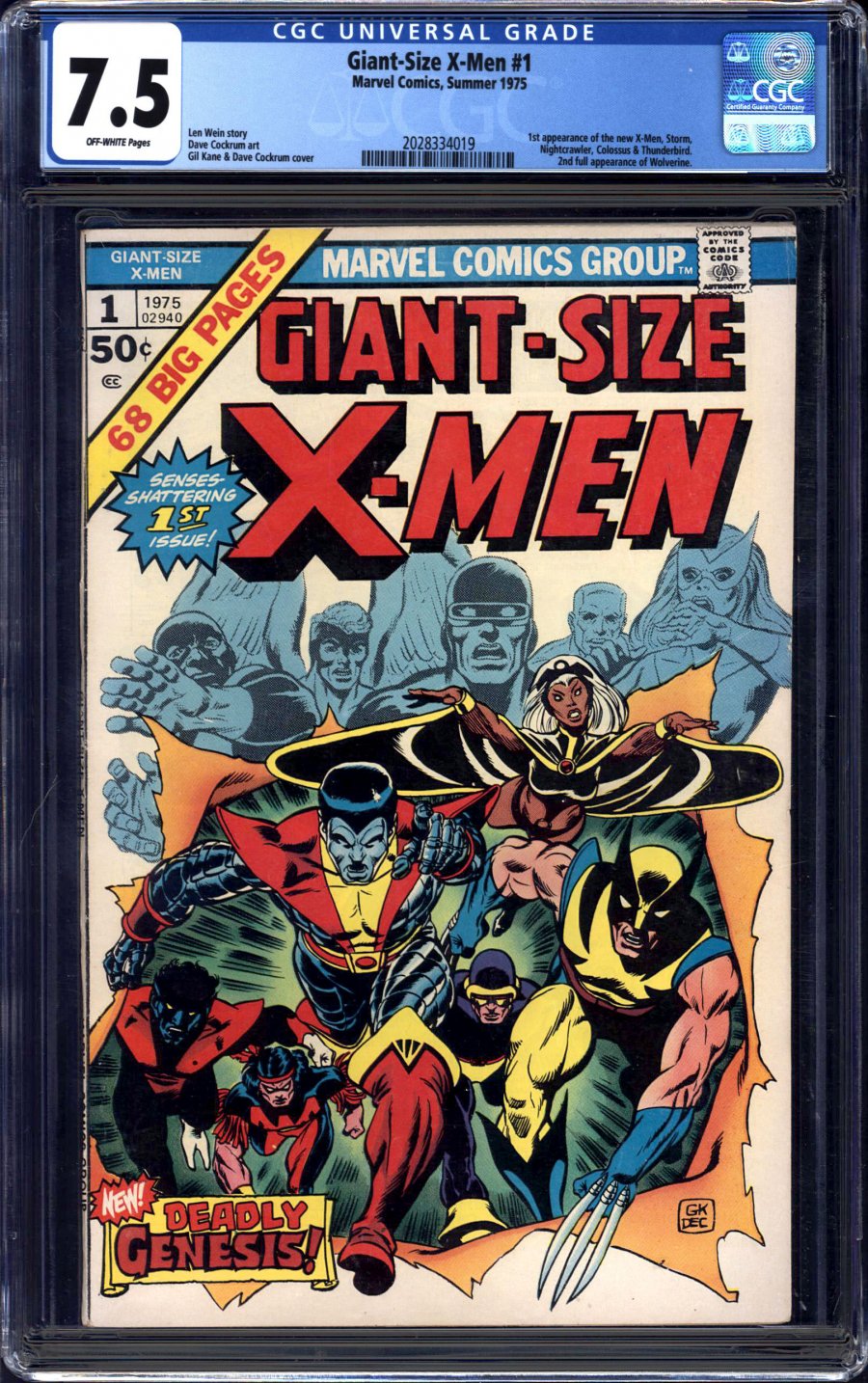 Auction Starts In
$1
Starting Bid
--
Bids
NEXT MIN. BID: $1
FYI there's no need to include decimal points(.).
Bid Confirmation
You are about to submit a bid of . If you win this auction, you are legally obligated to purchase the book. Are you sure you want to continue?
Don't Show Again (except when higher than min. bid)
(No Reserve)
PUBLISHER: Marvel
COMMENTS: ow pgs
Gil Kane cvr, Dave Cockrum cvr/art; 1st app. of the new X-Men (Storm, Nightcrawler, Colossus, & Thunderbird), 2nd full app. of Wolverine
Read Description ▼
Sell One Of These Inquire About This

Watch
ow pgs
Gil Kane cvr, Dave Cockrum cvr/art; 1st app. of the new X-Men (Storm, Nightcrawler, Colossus, & Thunderbird), 2nd full app. of WolverineIn the pantheon of modern superheroes, the X-Men have made an indelible mark. 2000's "X-Men" was the first, and arguably one of the best, of what was to become a long line of cinematic blockbusters for Marvel. With that film and all of its sequels, the Uncanny X-Men have become household names as Wolverine has cemented himself as one of the most popular heroes of all time. A revamping in 1975 by Len Wein and Dave Cockrum of the book's original lineup from the mid-60s, Giant Size X-Men #1 was the very first appearance of many of the characters we now associate with the movie franchise. Replacing most of the original characters while creating a multi-national team of superheroes, this issue renewed interest in the lagging title that continued through with X-Men #94 shortly after and spawned numerous X-titles all through the 80s, 90s, and the 2000s. To this day, the mutant team and all of their spin-offs continue to be amongst Marvel's best-selling books.Giant Size X-Men #1 is the book that made the X-Men into the pop culture sensation they are today! This copy earned a 7.5 from CGC, with beautiful off-white pages. With increasing rumors of the X-Men joining the MCU, all X-Men keys are on fire and set to increase dramatically in the next few years.