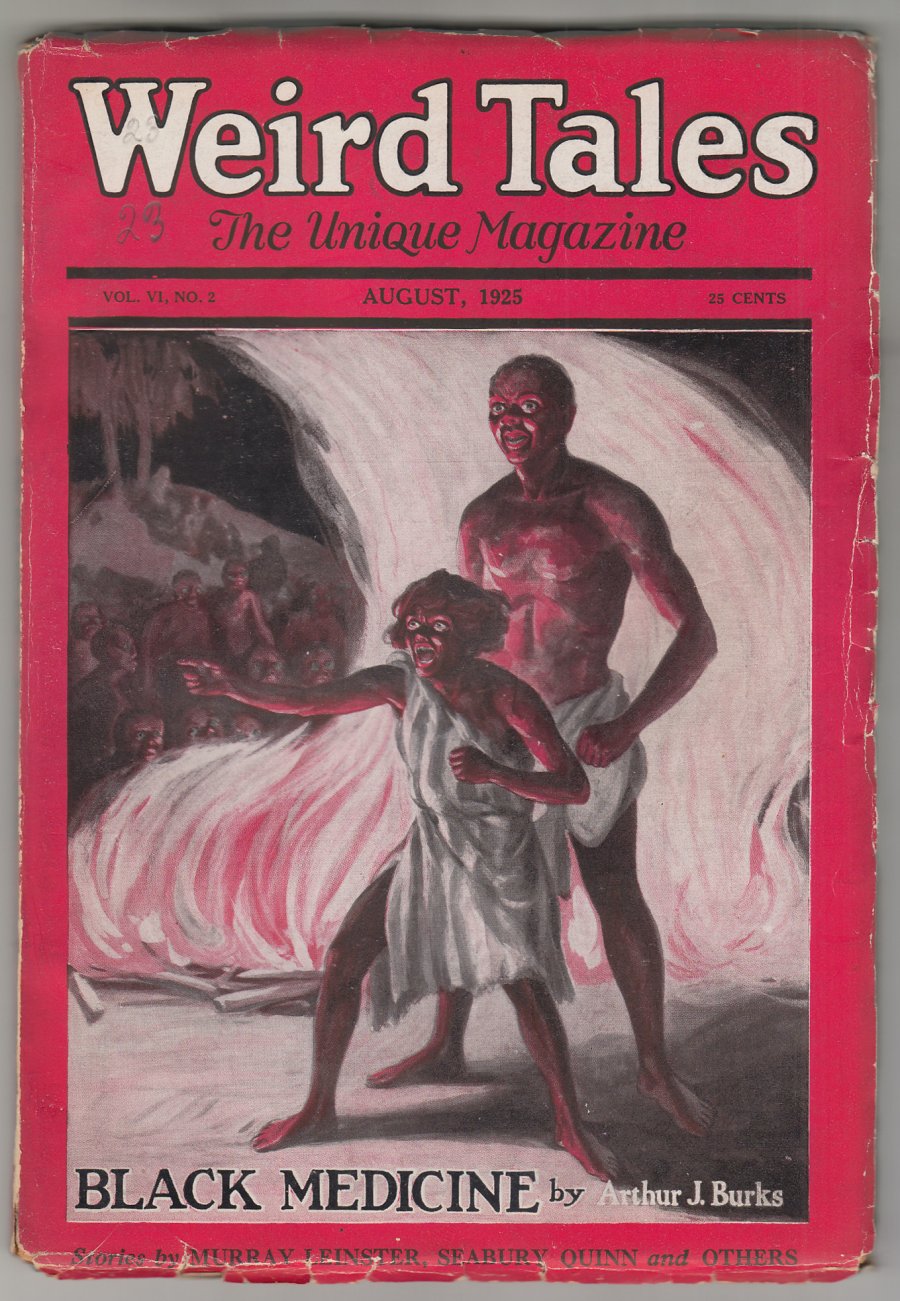 $1,207.50
Sold For
14
Bids
This auction has ended.
PUBLISHER: Pulp
Read Description ▼
Sell One Of These Inquire About This

Watch
August, 1925. "In the Forest of Villefere" - 2nd published story by Robert E. Howard
A 15% BUYER'S PREMIUM WILL BE ADDED TO THIS ITEM AT CONCLUSION OF THE AUCTIONThe August 1925 issue of Weird Tales features an Andrew Brosnatch cover and interior illustrations, for the Arthur J. Burks story "Black Medicine." Notably, this issue features "In the Forest of Villefere," the second ever published story by Robert E. Howard. Robert E. Howard was a god of the pulps, and would later go on to introduce classic characters like Conan, Solomon Kane, and King Kull in the pages of Weird Tales. He is one of the most sought-after pulp writers, and one of the most prominent writers in Weird Tales.