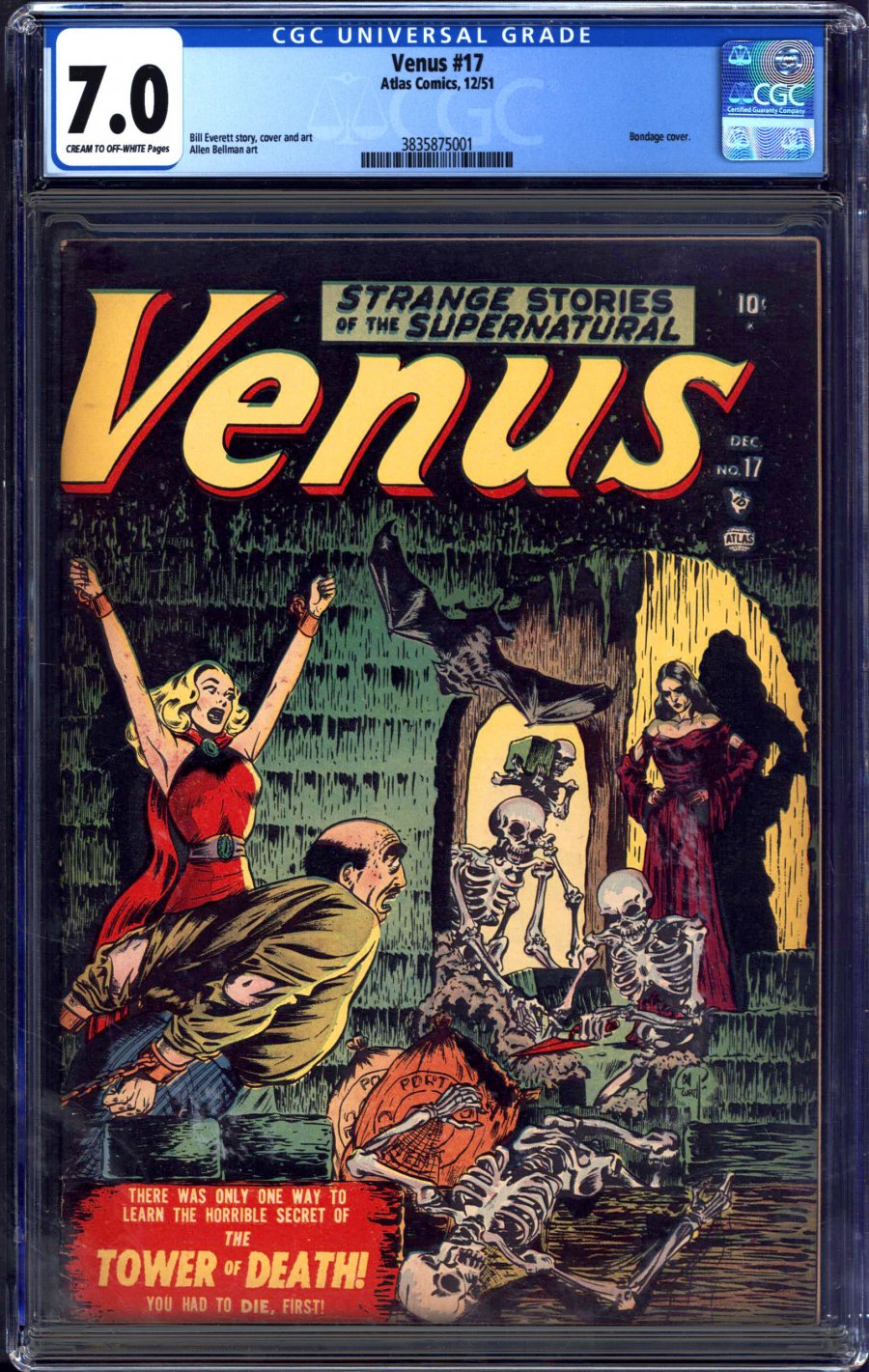 $4,700
Sold For
27
Bids
This auction has ended.
PUBLISHER: Atlas
COMMENTS: crm/ow pages
Classic Everett horror! Rare! (12/51)
Read Description ▼
Sell One Of These Inquire About This

Watch
crm/ow pages
Classic Everett horror! Rare! (12/51)By the early 1950s, superheroes were dead in the water and every publisher was scrambling to replace lost readership with splashier and more garish covers and titles. The horror comic boom began in earnest not long after V-J Day, and it wasn't long before the same impulse that pushed publishers to outdo each other with cape comics caused a flurry of lurid and gruesome horror covers. Atlas, formerly Timely, attempted to revive its sagging Venus series by shifting its genre from cheesecake and romance to flat-out weirdness, as evidenced by this notorious and rightly revered Bill Everett cover image.

By this point, Atlas' distribution numbers were dire and print runs were low -- couple that with thousands of copies torn to pieces by outraged parents and you can see why this beloved horror classic is so scarce and so rabidly sought-after.Pre-code horror has been on an upward trend for a while now, with issues going for multiples of prices from just a couple of years ago, the market for Atlas books has also been seeing a rise in value, so the combination of these two elements should see increased demand for this rare issue of Venus. Melding the horror genre with GGA, this Bill Everett cover has plenty of detail to take in, and this copy, a sturdy and appealing F/VF is fairly high up the census, with only six ranked higher.