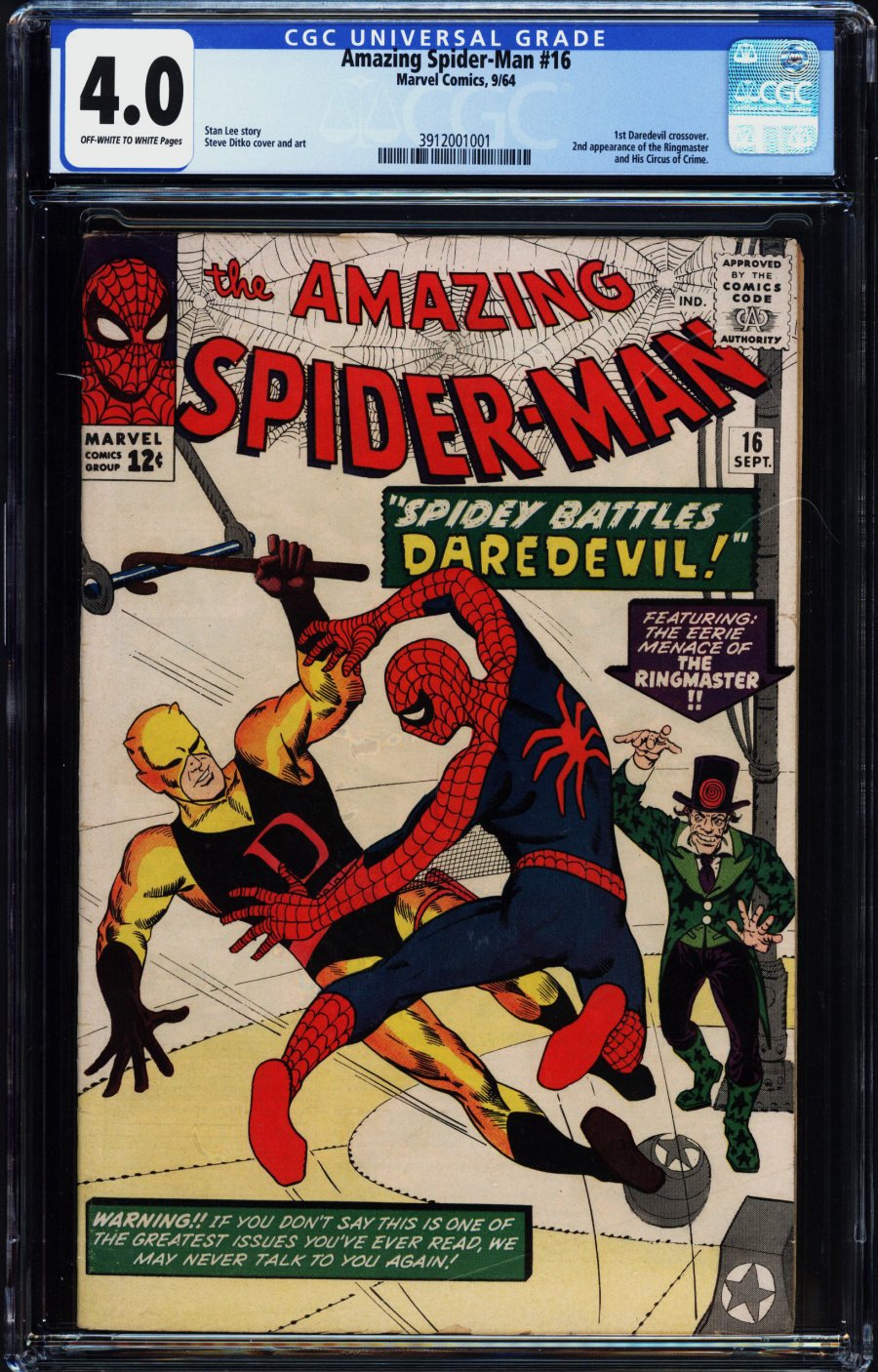 Auction Starts In
$1
Starting Bid
--
Bids
NEXT MIN. BID: $1
FYI there's no need to include decimal points(.).
Bid Confirmation
You are about to submit a bid of . If you win this auction, you are legally obligated to purchase the book. Are you sure you want to continue?
Don't Show Again (except when higher than min. bid)
(No Reserve)
PUBLISHER: Marvel
COMMENTS: ow/w pgs
Ditko cvr/art; Spider-Man vs Daredevil (1st crossover)
Read Description ▼
Sell One Of These Inquire About This

Watch
ow/w pgs
Ditko cvr/art; Spider-Man vs Daredevil (1st crossover)Savvy Stan Lee was adept at the cross-promotion of his new hero comics to help build a following by leaning on his previous successes. Take, for instance, this cover to AMS #16, a comic published two short months after the release of Daredevil’s premiere, using the already smash hit Spider-Man to draw attention to Marvel’s newest hero was a stroke of genius. The awesome Steve Ditko cover illustration is filled with color and motion, a true classic of the Silver Age. Web-head and Hornhead were recently reunited in “Spider-Man: No Way Home” with Charlie Cox returning to his lauded TV role as Matt Murdock in the MCU. The future for this comic is bright, driven by the love for its two cover stars and their ever-growing fanbase.