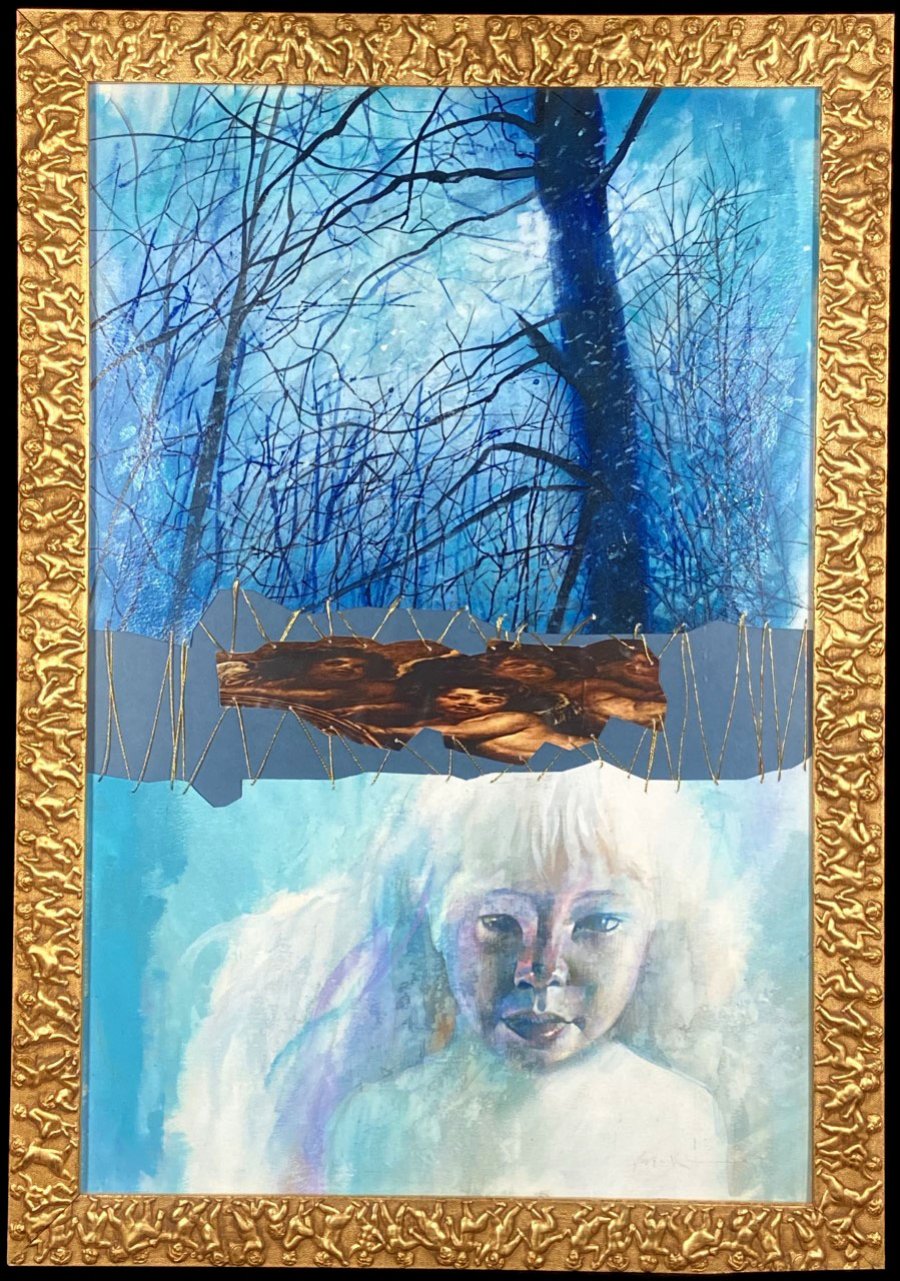 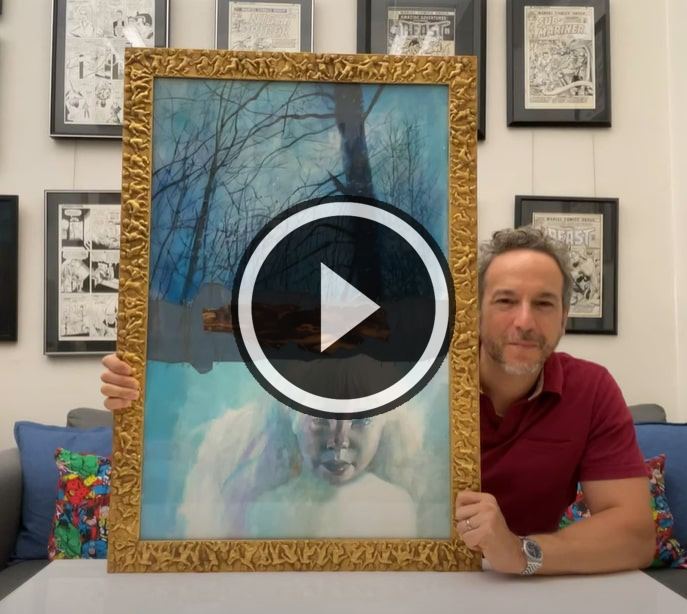 From 'Winter's Tale', part four of Neil Gaiman's Miracleman: The Golden Age comes this spectacular cover by Dave McKean from a very fertile and creative portion of his career. Expertly crafted by combing three elements to create the final product, the top and bottom sections are original paintings while the center section is a color copy, the three elements were stitched together with gold thread (which was the unifying characteristic in all six of McKean's cover to The Golden Age). The cover features Winter Moran, super powered daughter of Miracleman and Liz Moran, who is featured in the issue. Dave McKean is Neil Gaiman's most frequent collaborator, most notably providing the covers to every issue of Gaiman's Sandman, they have continued to work together in various capacities throughout both of their remarkable careers. Mixed media. Art is in excellent condition. Professionally framed in a gold frame adorned with cherubs.