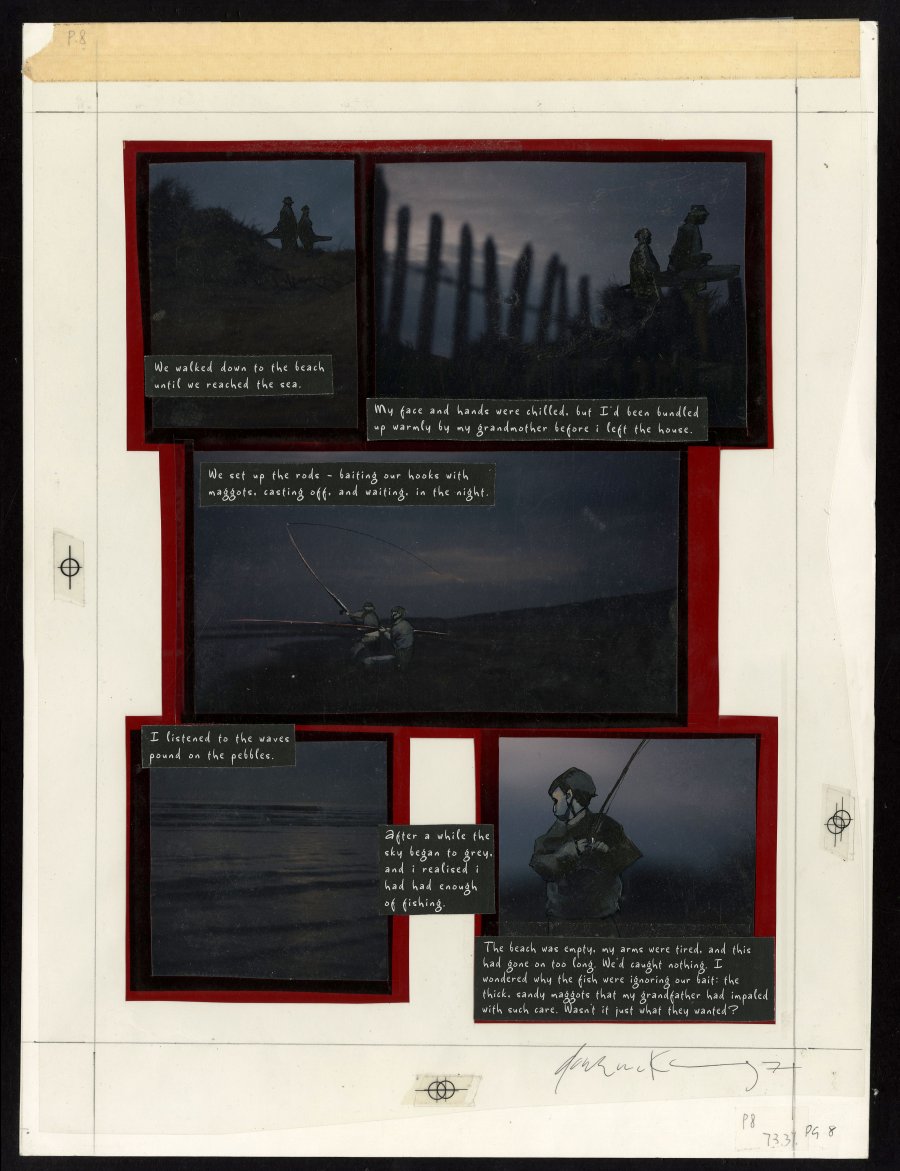 Watch
Dave McKean art; page 8; 1995; image size 1.5" x 15.5"Beautiful page by Mckean from his and Neil Gaiman's 'The Tragical Comedy or Comical Tragedy of Mr. Punch'. McKean expertly combines photography and painting in this page from a transformative period of his work, trending away from traditional painting and embracing the combining of materials and formats. McKean is Neil Gaiman's most frequent collaborator, most notably providing the covers to every issue of Gaiman's Sandman, they have continued to work together in various capacities throughout both of their remarkable careers, and this may be the pinnacle of their comic book work together as it comes as each of them was at their creative peak. Mixed media. Art is in excellent condition. Signed by McKean.