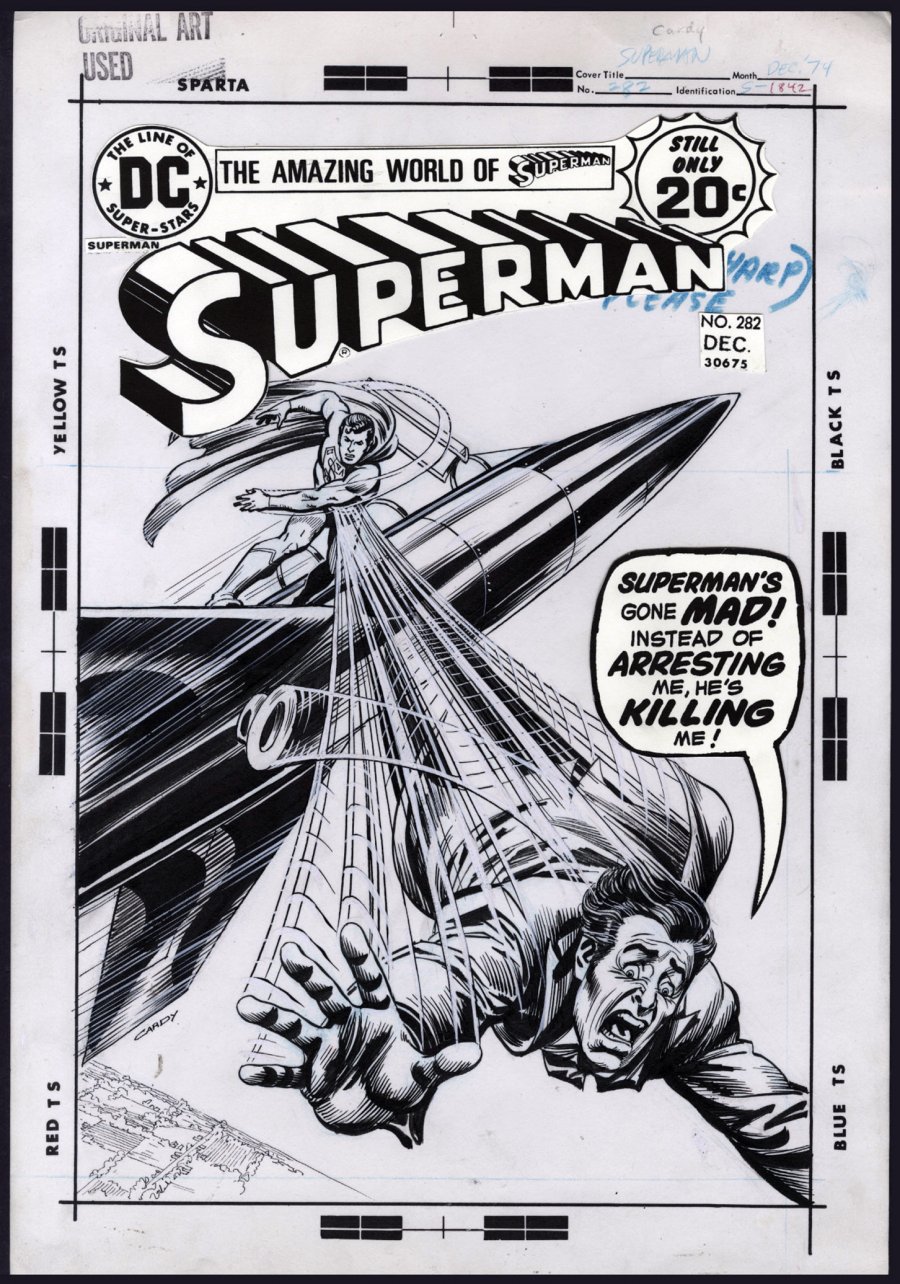 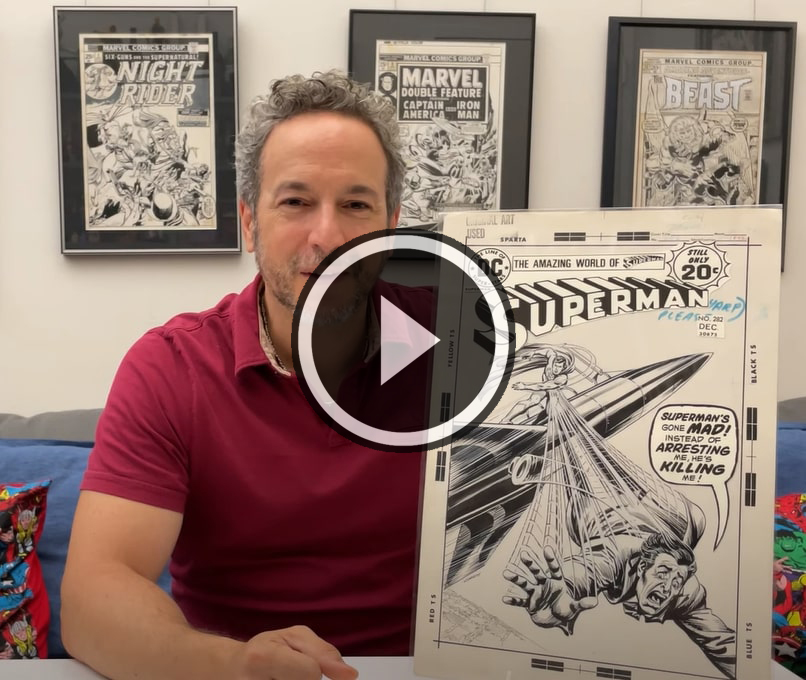 Superman takes matters into his own hands in this great Bronze Age cover by Cardy. Pen and ink. Art is in excellent condition, title paste-ups are reproductions on an acetate overlay. Signed by Cardy.
Artist Information