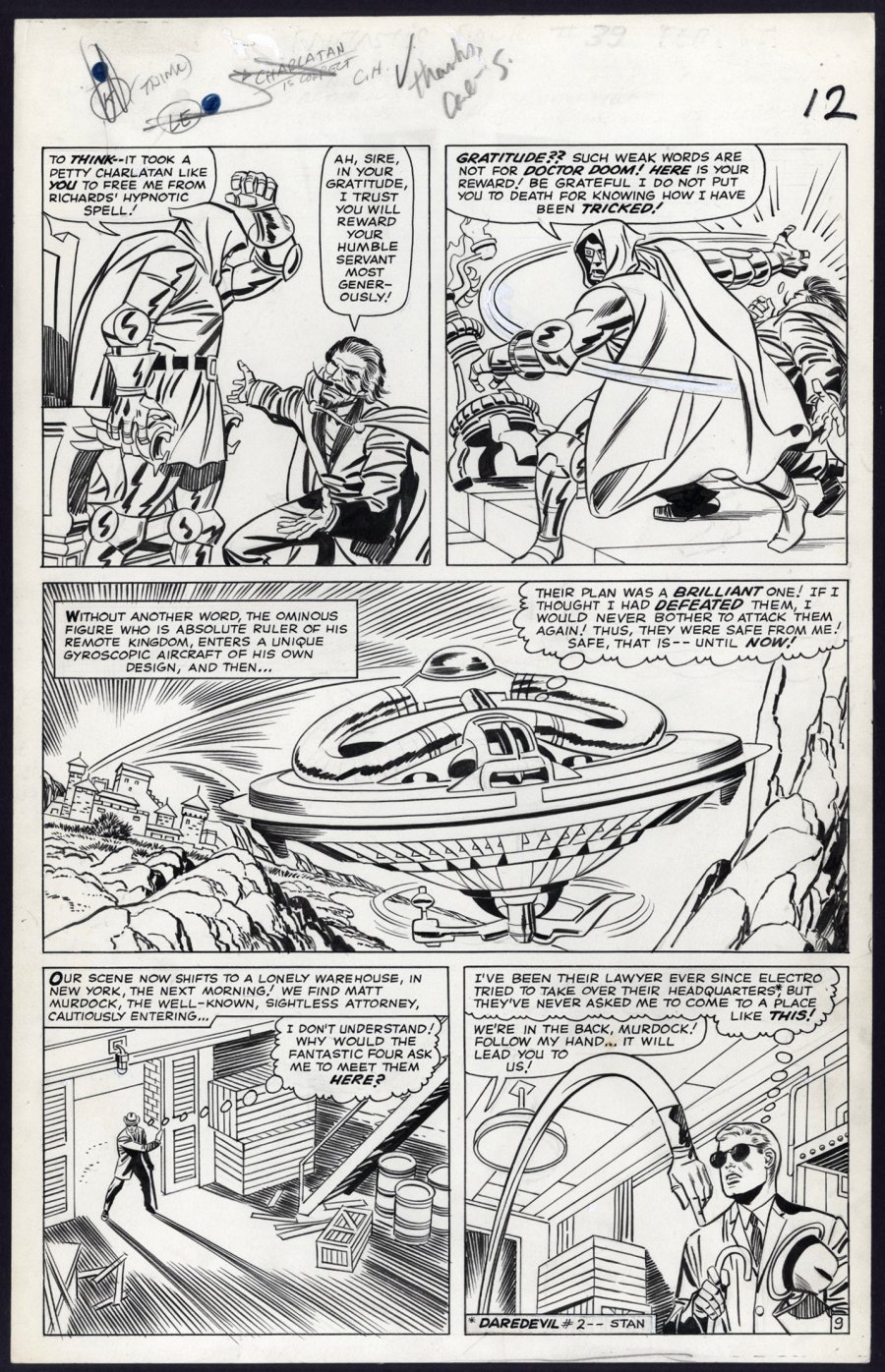 Watch
Jack Kirby pencils/Frank Giacoia and Wally Wood inks; page 9; 1964; image size 12.75" x 18.75"By issue #39 Stan Lee and Jack Kirby Fantastic Four had reached its full stride, with everything coming together to make one of the most exciting runs on any comic book in history. This page sees Doctor Doom lashing out upon being freed from Reed Richards before taking leave in a craft that can only be described as Kirby-esque. To make things more interesting the page features a guest appearance from Matt Murdock, aka Daredevil, who is literally reached out to by Reed Richards in the final panel. While the majority of the page is inked by the always capable Frank Giacoia, the Matt Murdock and Daredevil figures in the issue were inked by comic book legend Wally Wood. Pen and ink. Art is in excellent condition.