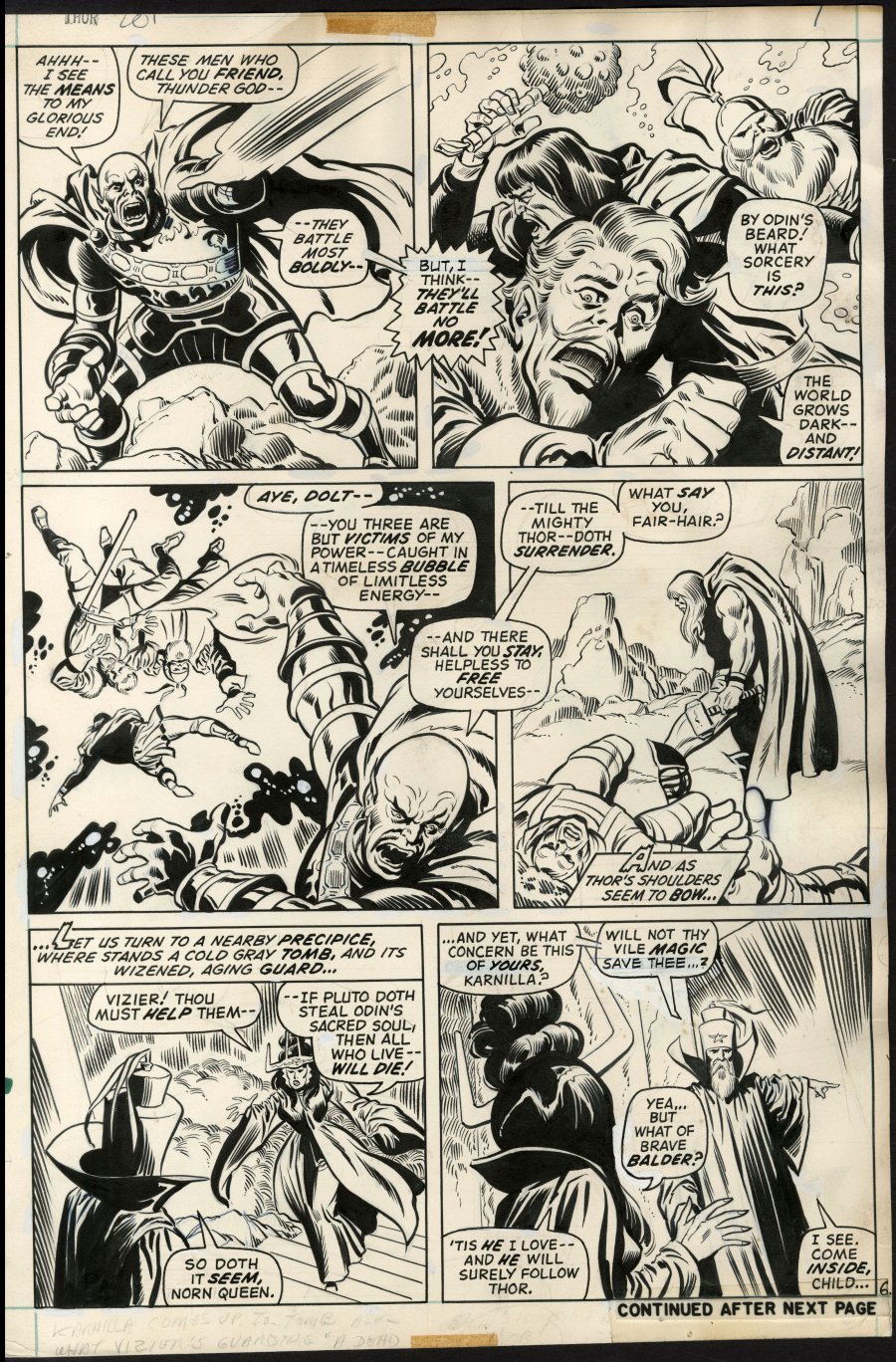 Watch
John Buscema layouts/Jim Mooney finishes; page 6; 1972; image size 10" x 15"Pluto sends the Warriors Three off to an unknown fate while Thor can only watch, meanwhile the sorceress Karnilla confronts Odin's Vizier. Pen and ink. Art is in good condition, there is water damage that has led to some staining and mild bleeding, the page presents nicely despite all this.
Artists Information