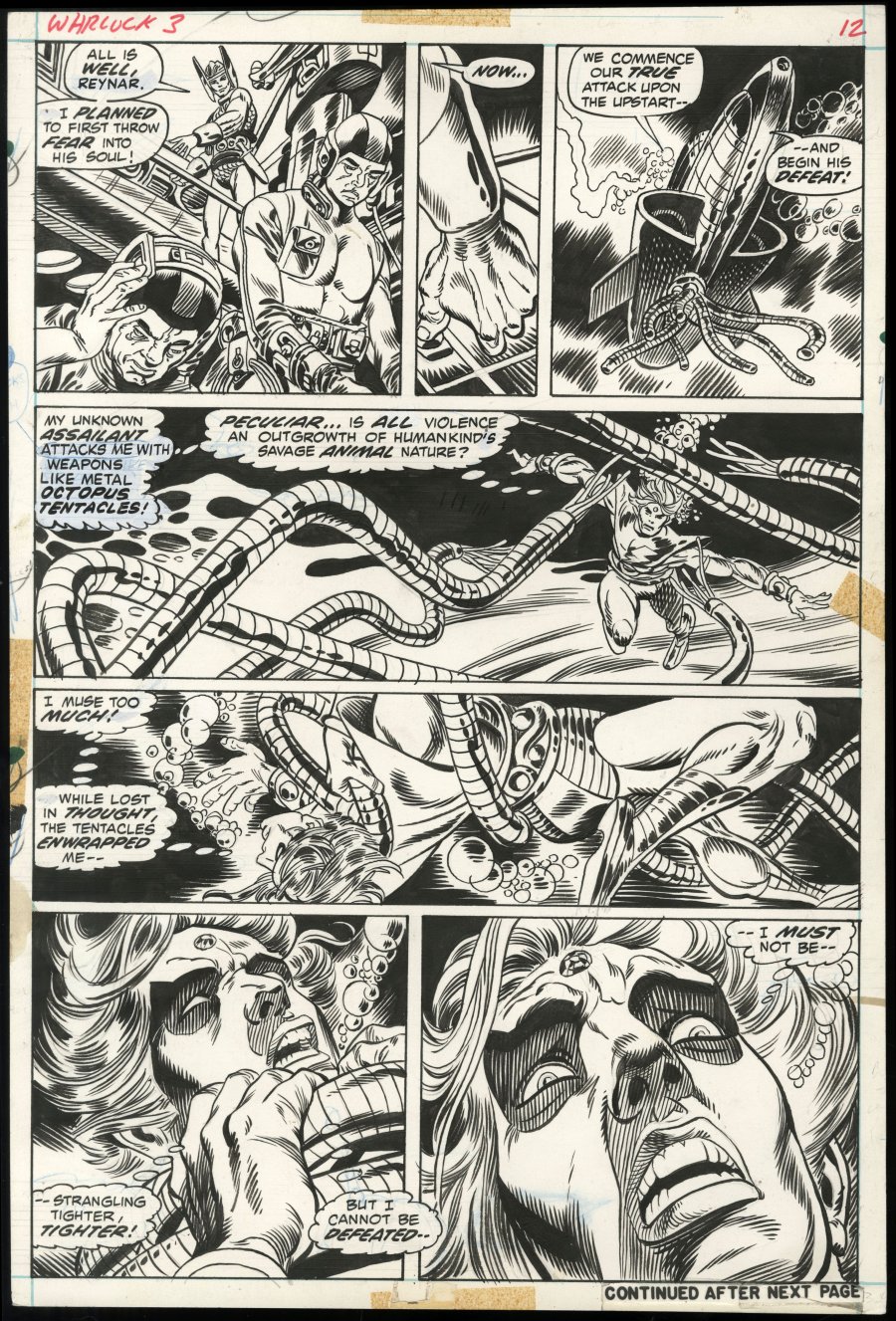 $4,025
Sold For
34
Bids
This auction has ended.
PUBLISHER: Marvel
COMMENTS: A 15% BUYER'S PREMIUM WILL BE ADDED TO THIS ITEM AT CONCLUSION OF THE AUCTION
Gil Kane pencils/Tom Sutton inks; page 12; 1972; image size 10" x 15"
Read Description ▼
Sell One Of These Inquire About This

Watch
A 15% BUYER'S PREMIUM WILL BE ADDED TO THIS ITEM AT CONCLUSION OF THE AUCTION
Gil Kane pencils/Tom Sutton inks; page 12; 1972; image size 10" x 15"Panic ensues as Adam Warlock is attacked by an tenatacled mechanical creature of unknown origins in this great Bronze Age page by Kane. Pen and ink. Art is in excellent condition.
Artists Information