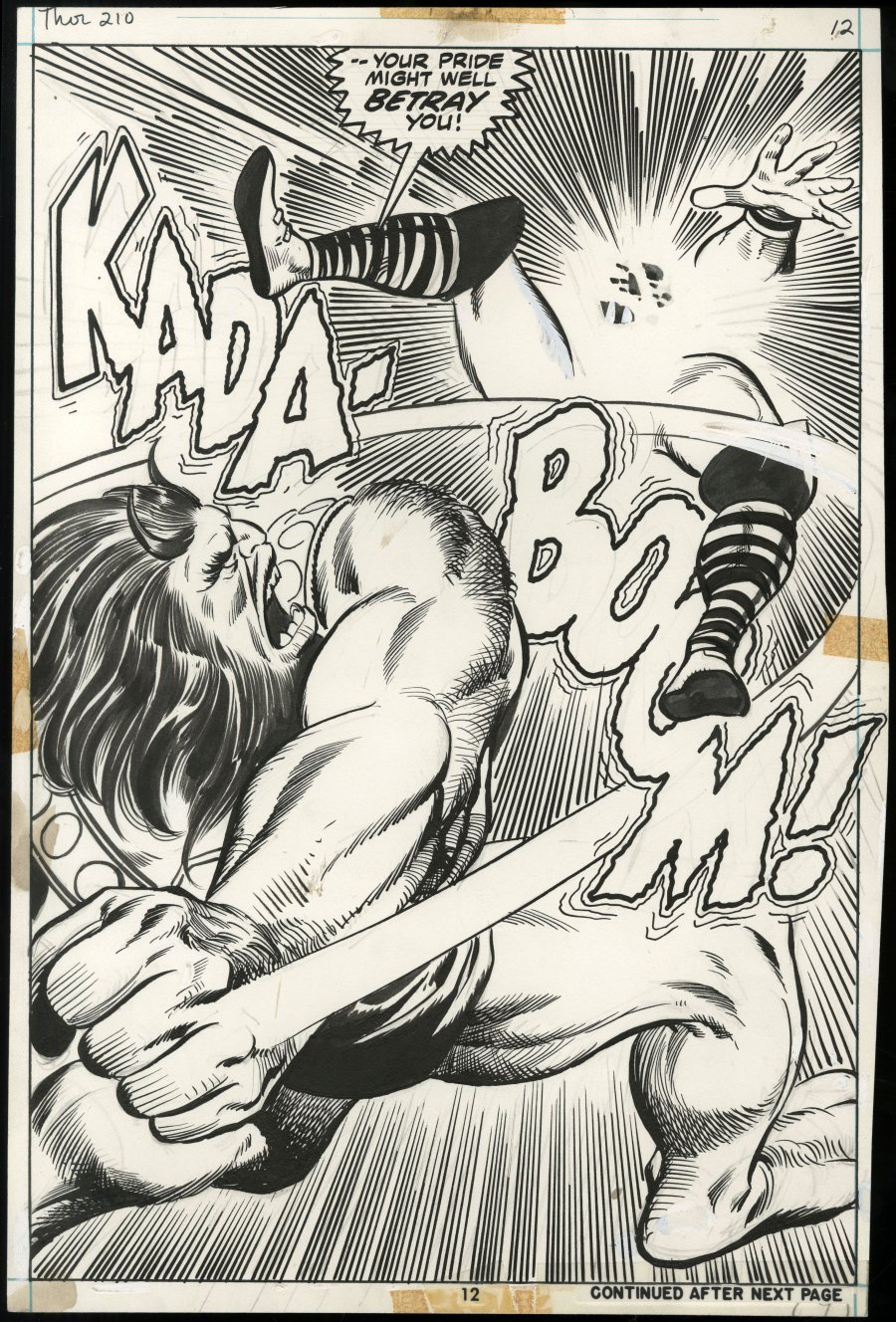 Watch
John Buscema layouts/Don Perlin finishes/Vince Colletta inks; page 12; 1973; image size 10" x 15"Kada-Boom! Thor gets clobbered by Ulik, king of the trolls in this punch-packing splash from Buscema, Perlin, and Colletta. Pen and ink. Art is in excellent condition, there is light staining and tape residue on the page.
Artists Information