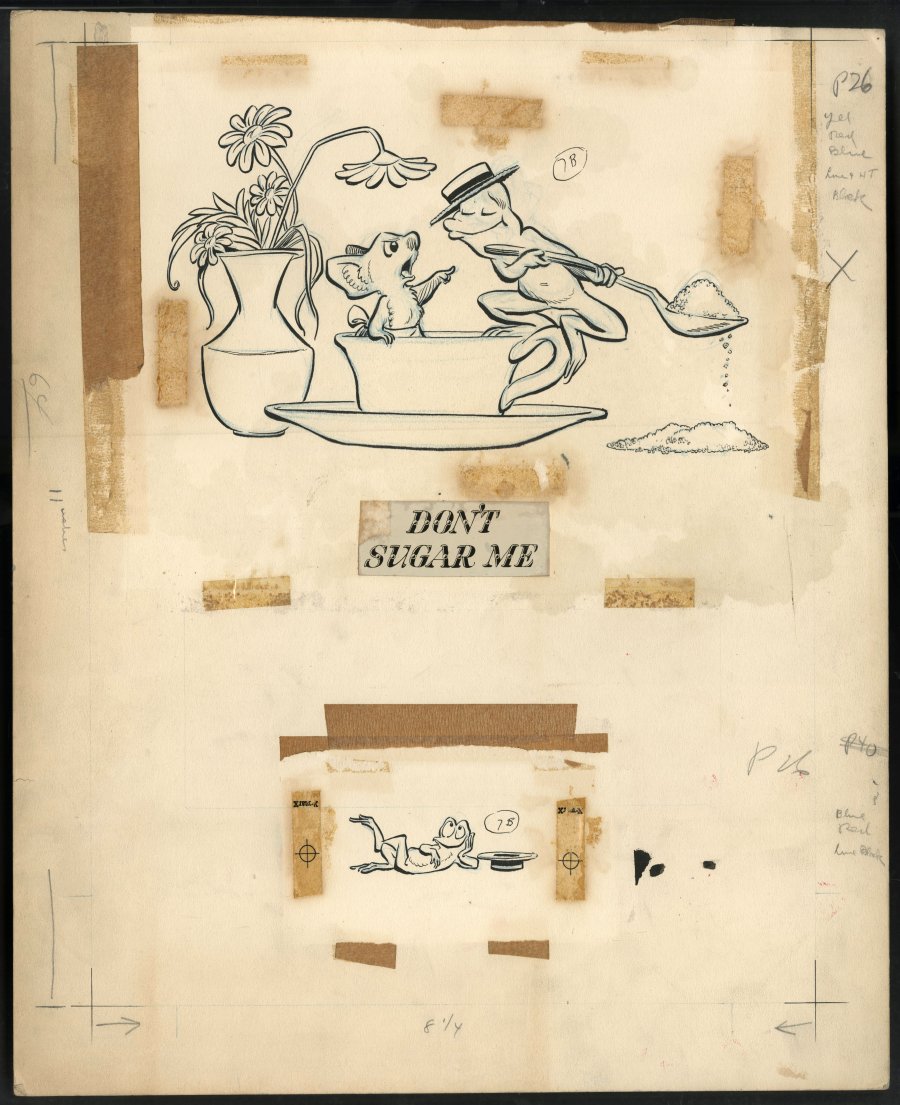 Watch
Walt Kelly pencils and inks; 'Don't Sugar Me' illustrations; 1956; image size 11" x 6" & 3" x 1.5"Songs of the Pogo was Walt Kelly's book of sheet music for songs inspired by his comic strip, each song is accompanied by illustrations and text describing the inspiration for each piece. The book was published at the height of Kelly's artistic powers in the mid 1950s and the illustrations are sublimely rendered with his beautiful brush work. This piece accompanied the entry for the song 'Don't Sugar Me' and features Kelly's classic mouse and frog characters. Pen and ink on a 15" x 18.5" board. Art is in very good condition, there is some staining from tape and mild discoloration.
Artist Information