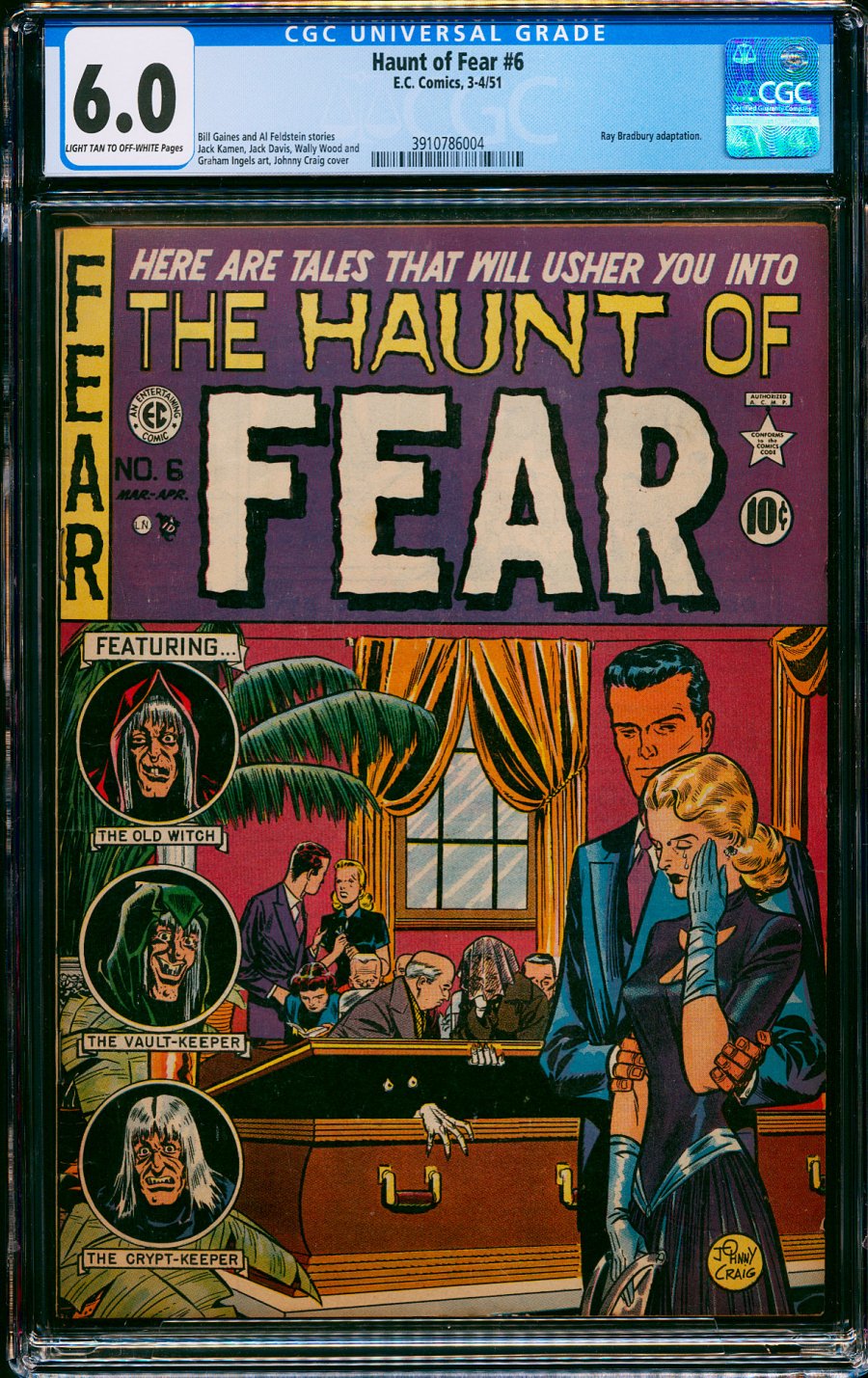 $557.75
Sold For
17
Bids
This auction has ended.
PUBLISHER: EC
COMMENTS: A 15% BUYER'S PREMIUM WILL BE ADDED TO THIS ITEM AT CONCLUSION OF THE AUCTION
light tan/ow pgs
Wood, Davis-a
Read Description ▼
Sell One Of These Inquire About This

Watch
A 15% BUYER'S PREMIUM WILL BE ADDED TO THIS ITEM AT CONCLUSION OF THE AUCTION
light tan/ow pgs
Wood, Davis-aEC Comics caused so much uproar and controversy in the 1950s that the company was almost single-handedly responsible for the creation of the CCA, a censorship panel that helped to nearly destroying the comic book industry in the period before the Silver Age. Thanks to EC’s provocative imagery and grisly output, they have become a tried and true cult phenomenon, a favorite of comic fans and collectors of horror ephemera in general, and Haunt of Fear was one of the titles that helped build the publisher into a powerhouse before their forced transformation into the purveyors of the even more successful Mad Magazine. Haunt of Fear #6 contains several terrifying tales of murder and mayhem, with some form of coffin serving as a uniting thread amongst the tales created by such giants in the industry as Johnny Craig, Wally Wood, Bill Gaines, Al Feldstein, and Jack Kamen, with a special guest appearance by Ray Bradbury.