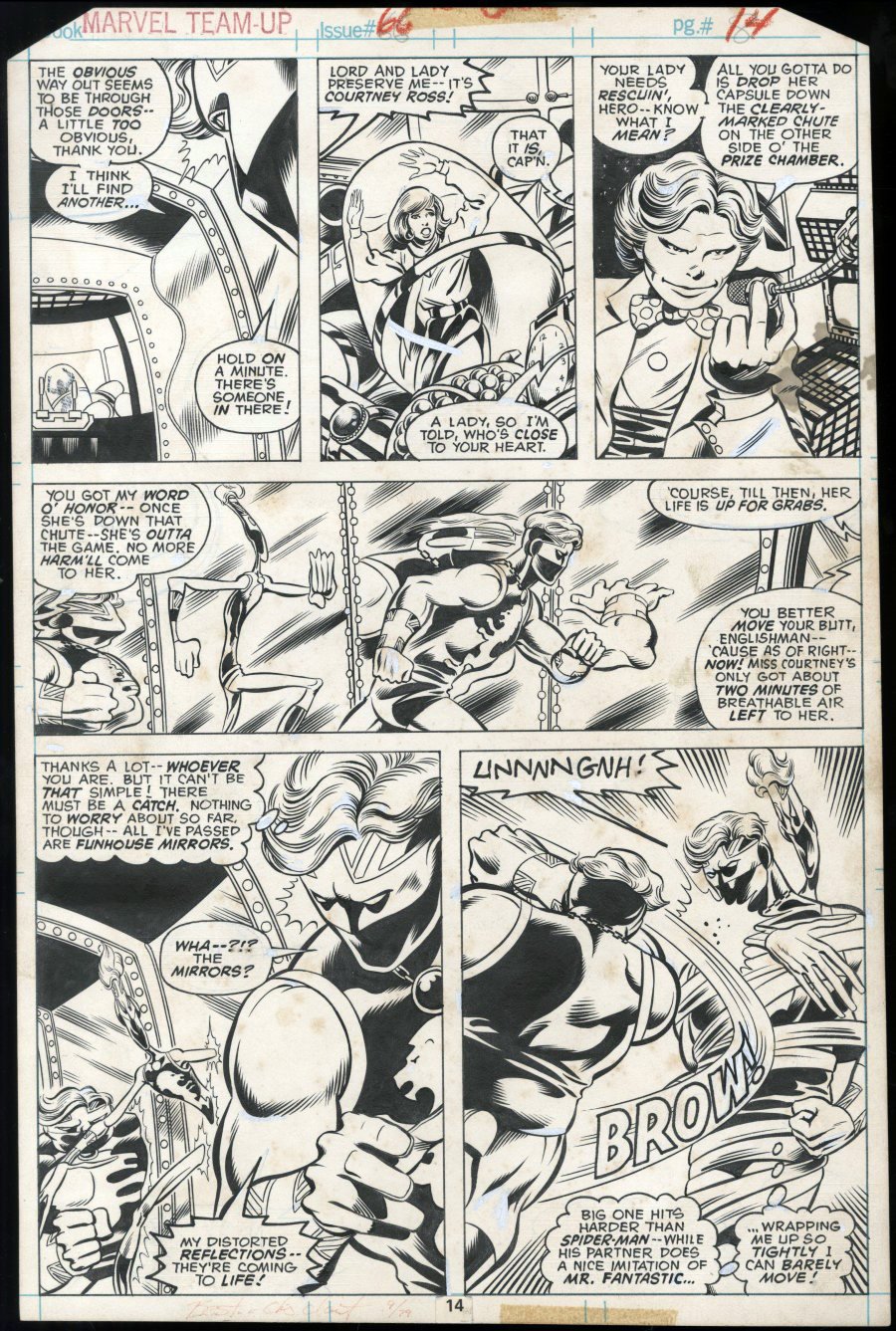 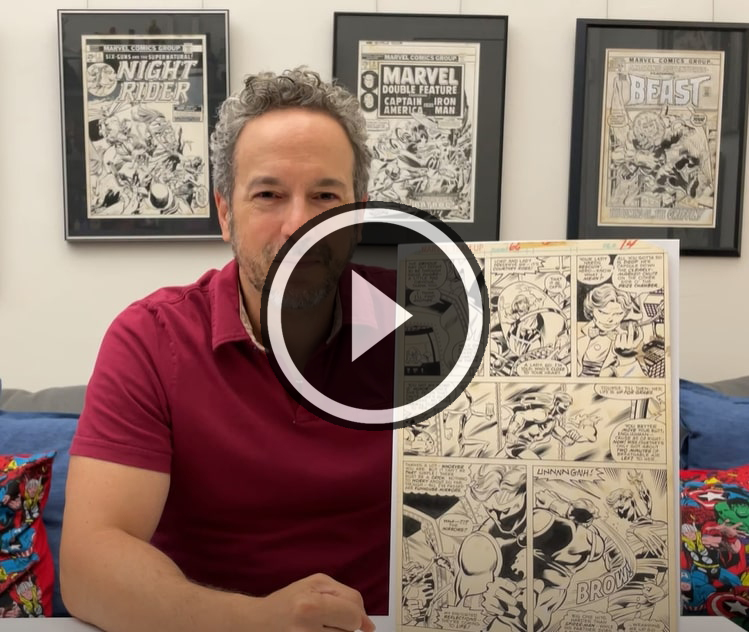 Beautiful page by Byrne featuring Captain Britain, in the second part of his US debut, and Arcade, in his second appearance ever! A stunning page following Captain Britain trying to navigate safely through the Murder World, from Chris Claremont and his soon to be full time X-Men artist, Byrne. Pen and ink. Art is in excellent condition, there is very light staining in panel 3. Signed and dated by Claremont.