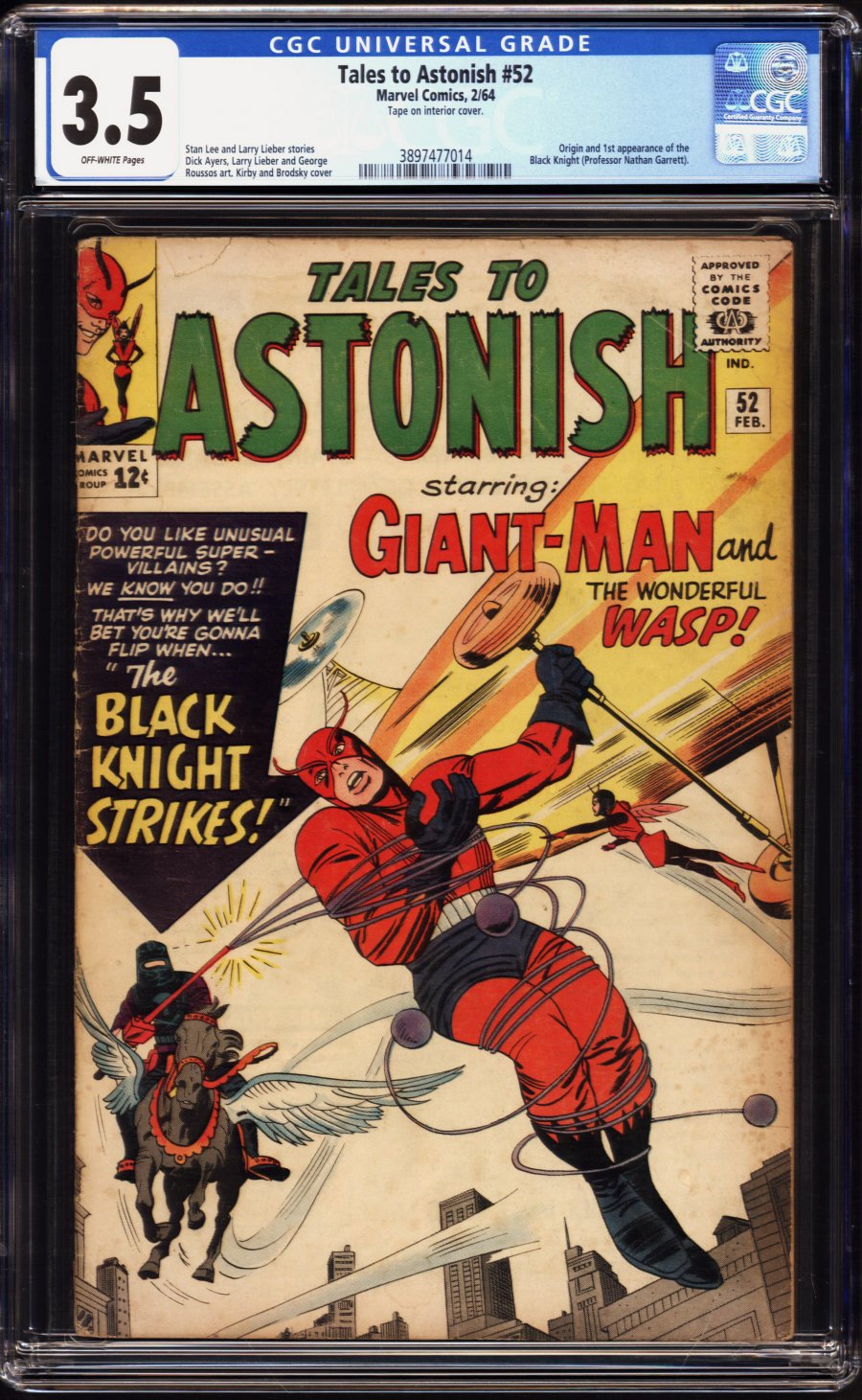 Watch
ow pgs
Jack Kirby cvr; origin & 1st app. of the Black Knight (Prof. Nathan Garrett) (played by Kit Harrington in Eternals movie)Tales To Astonish #52 features the first appearance of the modern-day Black Knight, the ancestor of the original Marvel character who was an Arthurian era hero who wielded a magical ebony sword, which has become one of the most powerful weapons in Marvel mythology. The dastardly Professor Nathan Garrett is the Black Knight, a crazed scientist who wreaks havoc in this particular issue, creating a great deal of trouble for Giant-Man and Wasp in his role as a communist agent. The deranged villain spends his time genetically engineering a winged horse and inventing dangerous weaponry. He is defeated by the super-duo, and eventually passes along his identity to his nephew, Dane Whitman, who chooses to use his powers for the good of mankind, and joins up with the Avengers. It has been announced that Kit Harrington of “Game of Thrones” fame will portray the armored hero in the MCU, imbuing this issue with newfound importance and collectability.