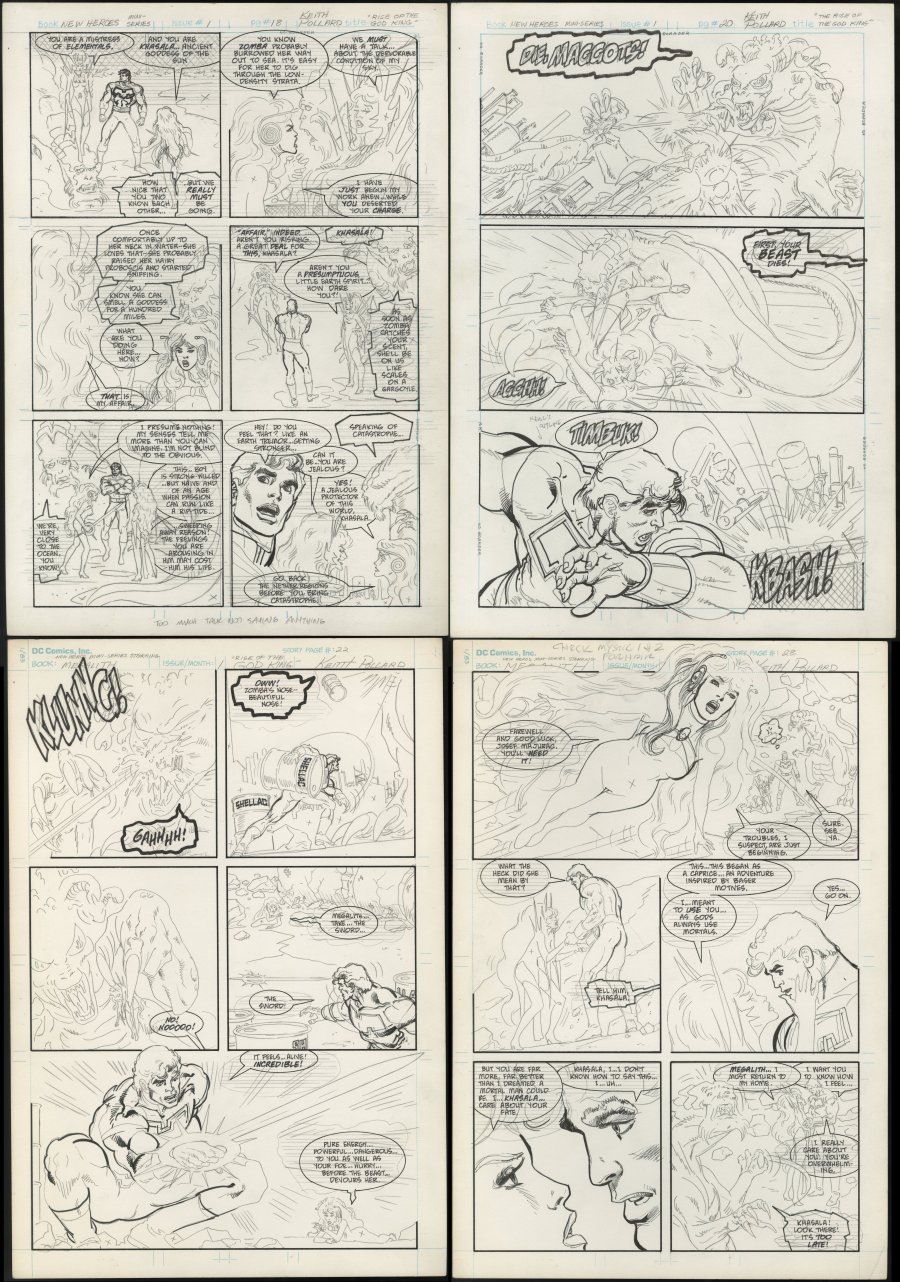 Watch
Keith Pollard pencils/Neal Adams and Romeo Tanghal inks; 15 page lot; unfinished and unpublished; undated; image size 10" x 15" ea.15 unfinished pages from an unpublished Continuity Comics mini-series titled 'New Heroes starring Megalith', the pages are all penciled by Keith Pollard, most of the pages are partially inked with 8 of them being inked by Neal Adams himself, the rest are either just Pollard's pencils or partially inked by Romeo Tanghal. Tanghal, who was to finish the inking job on the book, made notes on the back of each of the pages that Adams worked on, providing provenance from the time they were created. Two of the pages have tracing paper overlays with notes, one of which is signed by Adams. These pages are an interesting glimpse into the creative process of putting a comic book together, showing how collaborative the work is. Pencil w/ink. Art is in excellent condition.
Artists Information