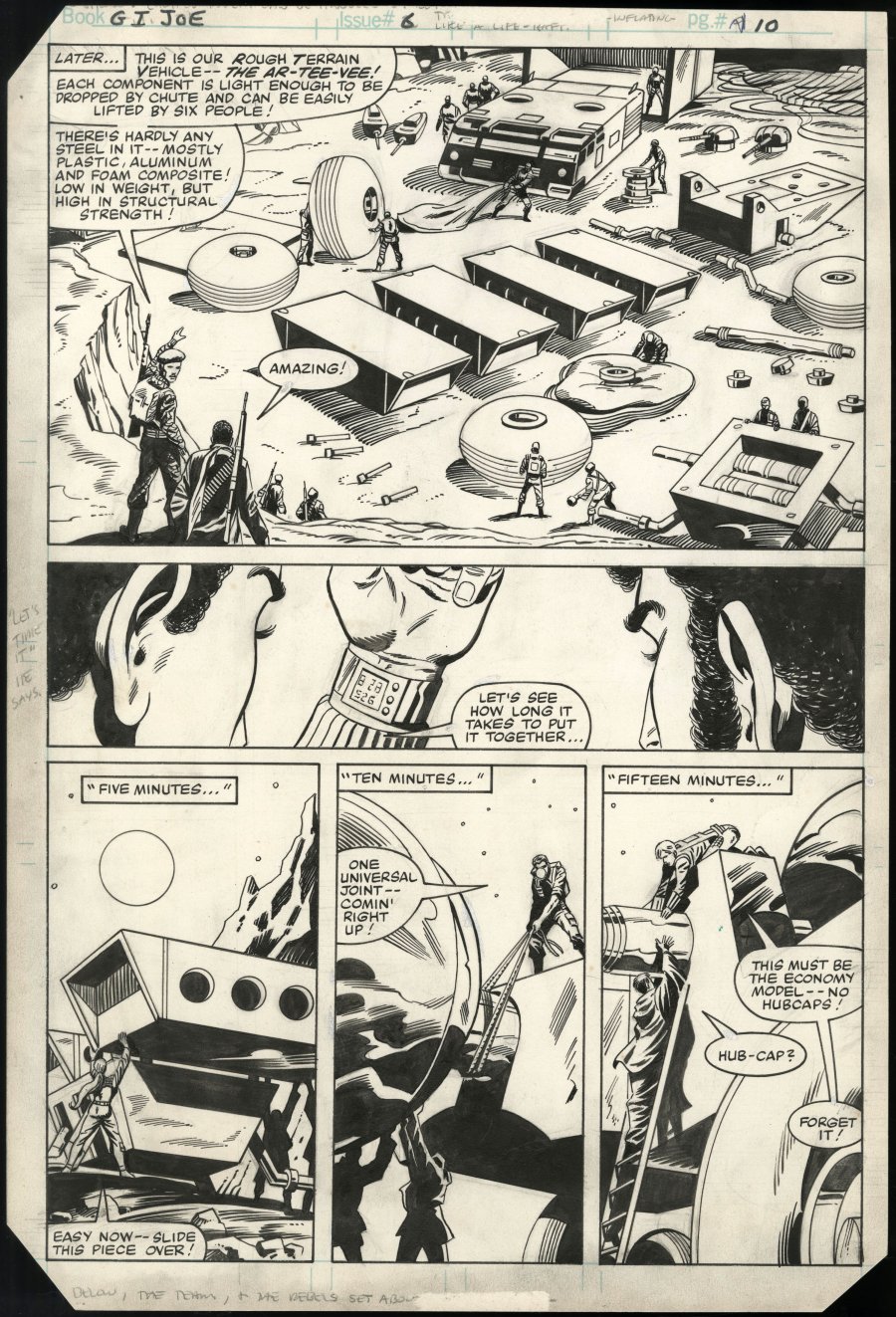 Watch
Herb Trimpe pencils/Jack Abel inks; page 10; 1982; image size 10" x 15"Great, early G.I. Joe page by Trimpe featuring Stalker amongst other Joes. These pages are increasingly difficult to find, and in high demand when they do become available, making this a rare opportunity. Pen and ink. Art is in excellent condition.
Artists Information