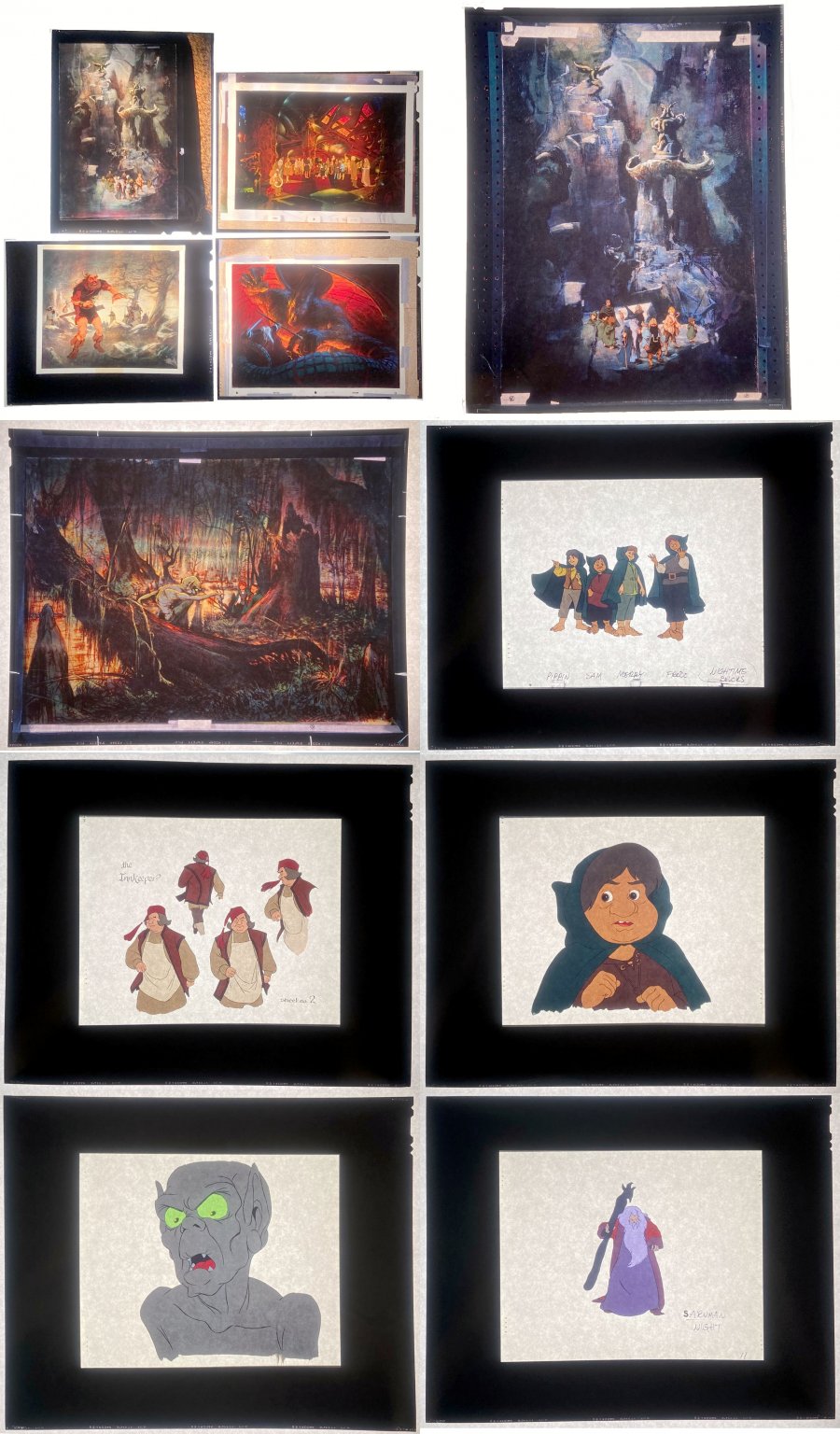 $4,000
Sold For
38
Bids
This auction has ended.
PUBLISHER: -----------
COMMENTS: 12 transparencies from Ralph Bakshi's LOTR film for use in the comic adaptation; c. 1979
From the only official LOTR comic adaptation ever!
Read Description ▼
Sell One Of These Inquire About This

Watch
12 transparencies from Ralph Bakshi's LOTR film for use in the comic adaptation; c. 1979
From the only official LOTR comic adaptation ever!J.R.R. Tolkien's Lord of the Rings is one of the most celebrated and beloved fantasy stories ever created, having been adapted into multiple feature films both live action and animated. Comic books however, have been the one place where it's presence has been sorely lacking. The only comic adaptation of the story was created by Spanish artist Luis Bermejo (who contributed to Warren magazines Creepy, Eerie, and Vampirella) in around 1979 in Europe and was never given a release in English.

What we have here are 12 transparencies of stills for the Ralph Bakshi film adaptation. Presumably, these would have been printed in the book as well to tie it in to the film. Included are stills of Gollum, Samwise (large and small stills of the same image), a group shot of the four hobbits (Frodo, Samwise, Merry, and Pippin), Gandalf and the Balrog, the fellowship in the Mines of Moria, Saruman, the Innkeeper and a few from unidentified scenes.

This collection comes form the estate of Bernard Lieberman, former CFO of Fantasy Records, who had the world wide exclusive rights to Lord of the Rings and had authorization to publish the comic book overseas but not in the USA.