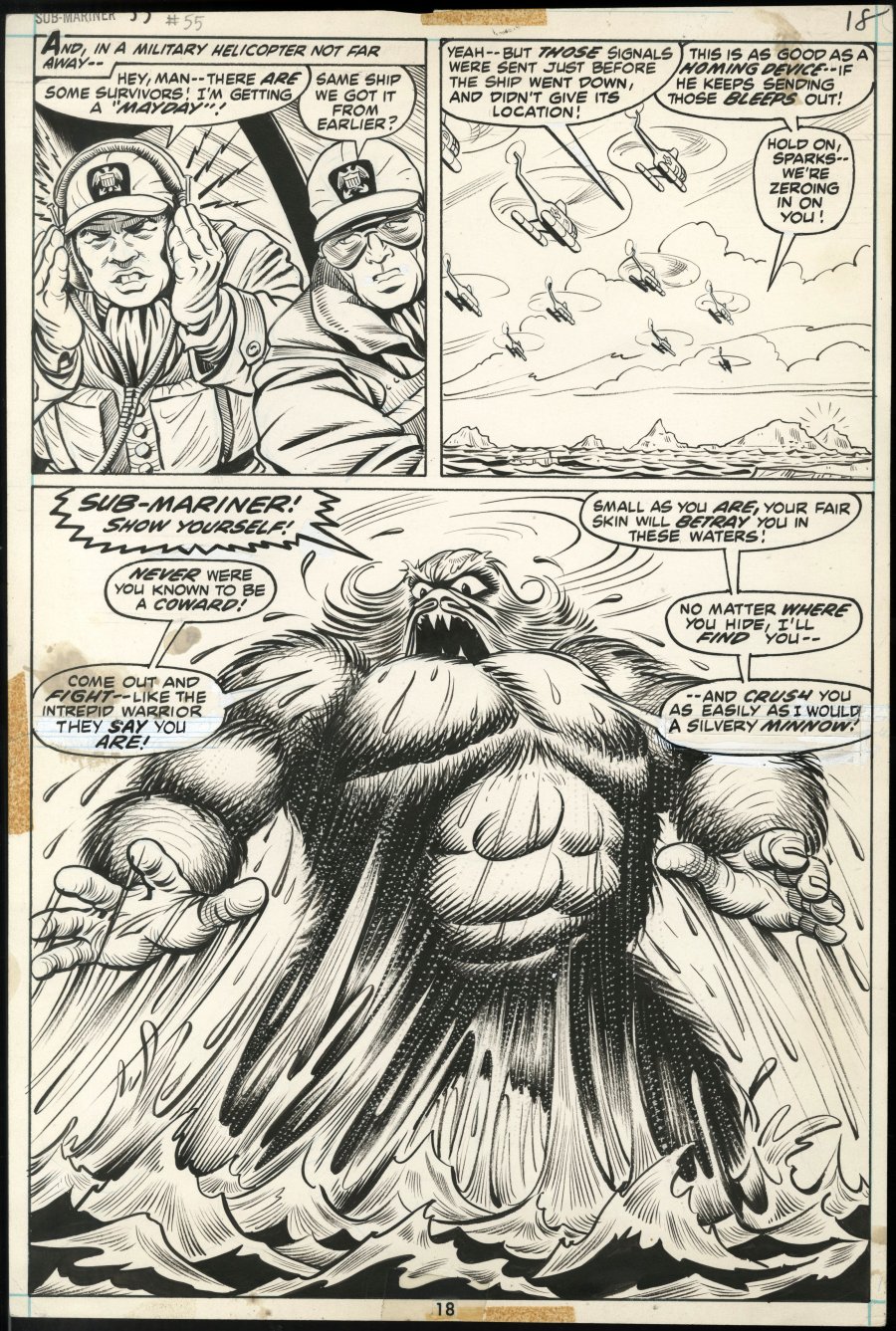 Watch
Bill Everett pencils and inks; page 18, 2/3 splash; 1972; image size 10" x 15"Amazing 2/3rd splash by Everett (from the title featuring the character he created all the way back in 1939!), featuring a stunning 2/3 splash panel of the monster Torg. The drawing on the page is just fabulous, drawn only months before Everett's untimely death in 1973. Pen and ink. Art is in excellent condition.
Artist Information