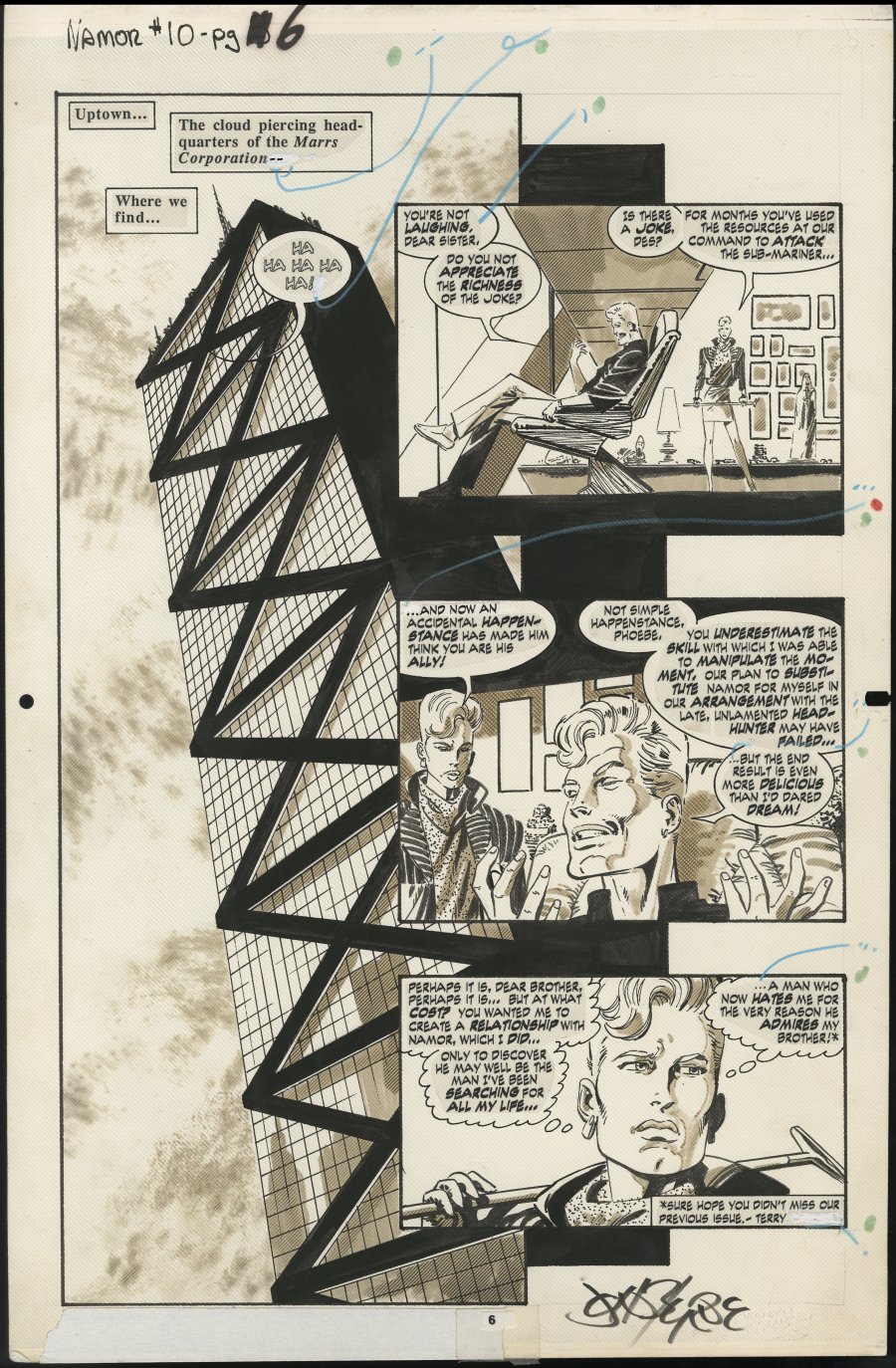 Watch
John Byrne pencils and inks; page 6; 1990; image size 10" x 15.25"Beautiful Duo-Shade page by Byrne from early in his run on Namor, featuring Desmond and Pjoebe Marrs. Byrne did lovely work on Duo-Shade around this time, which involved drawing on specially treated paper and using chemicals to bring out the shading in the paper. Pen and ink. Art is in excellent condition. Signed by Byrne.
Artist Information