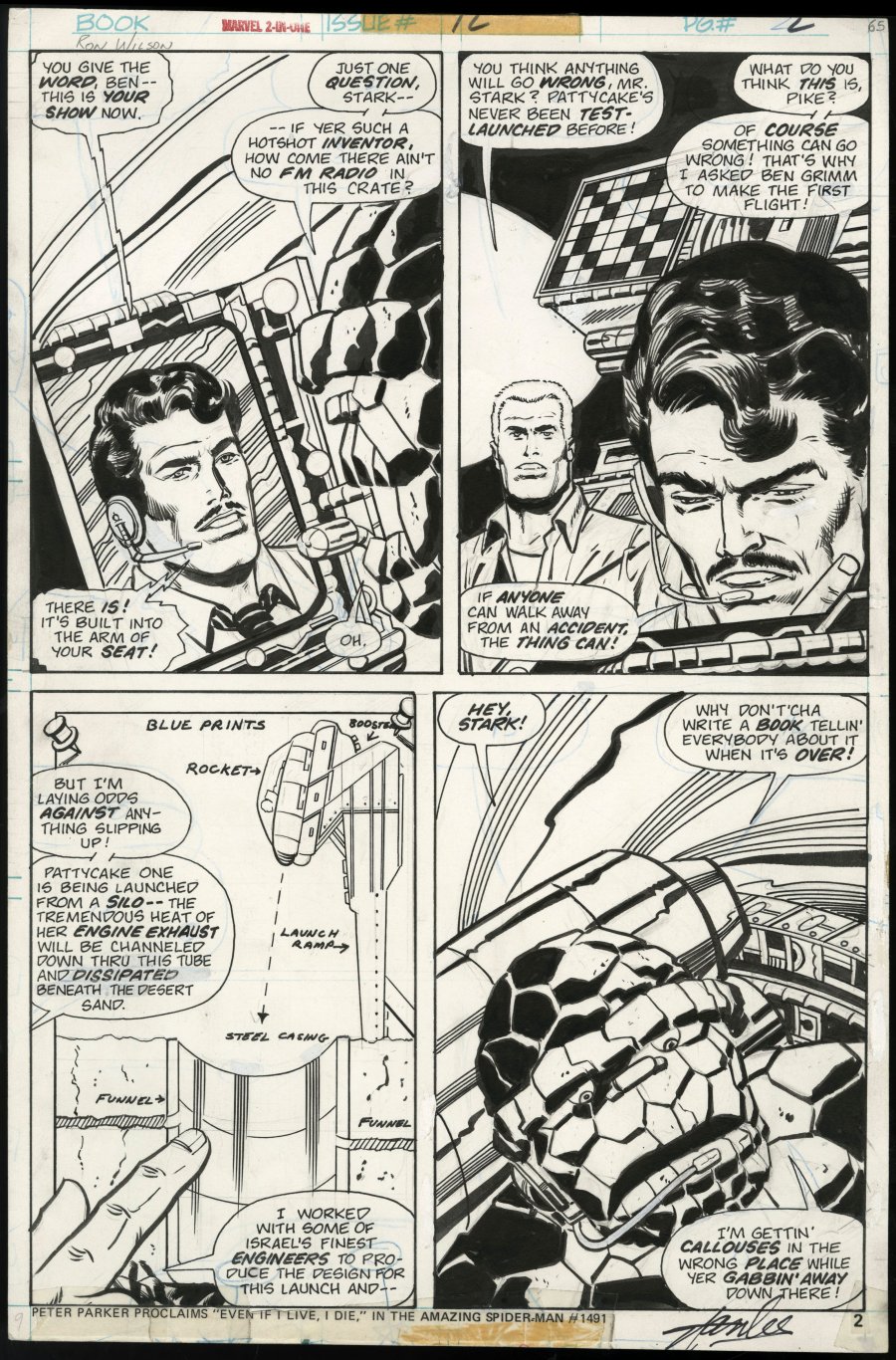 Watch
Ron Wilson pencils/Vince Colletta inks; page 2; 1975; image size 10" x 15"
Signed by Stan Lee!Tony Stark and The Thing in this great page by Ron Wilson. A wonderful example of Bronze Age Marvel art. Pen and ink. Art is in excellent condition. As an extra bonus, this page has been signed by Stan Lee.
Artist Information