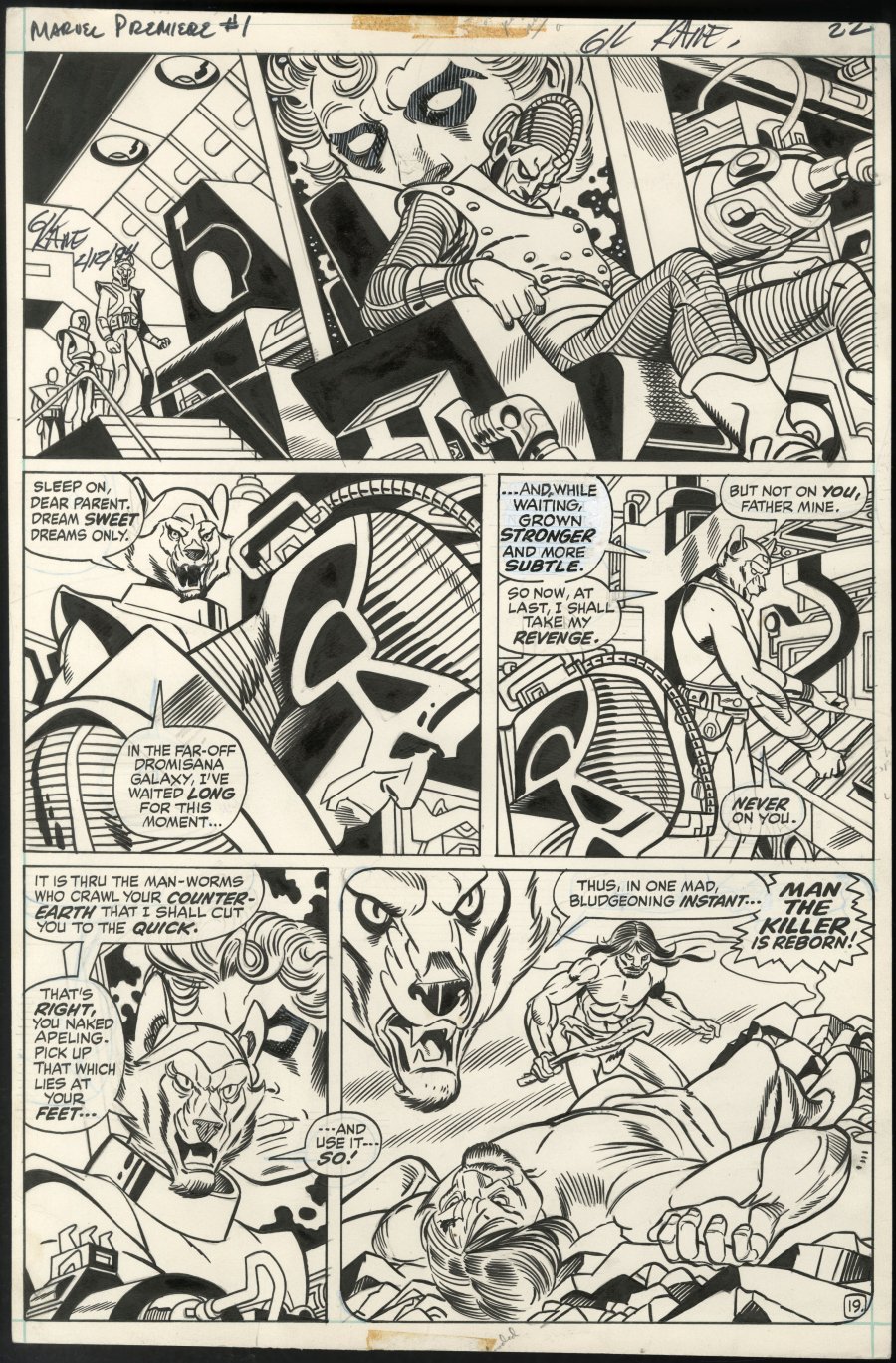 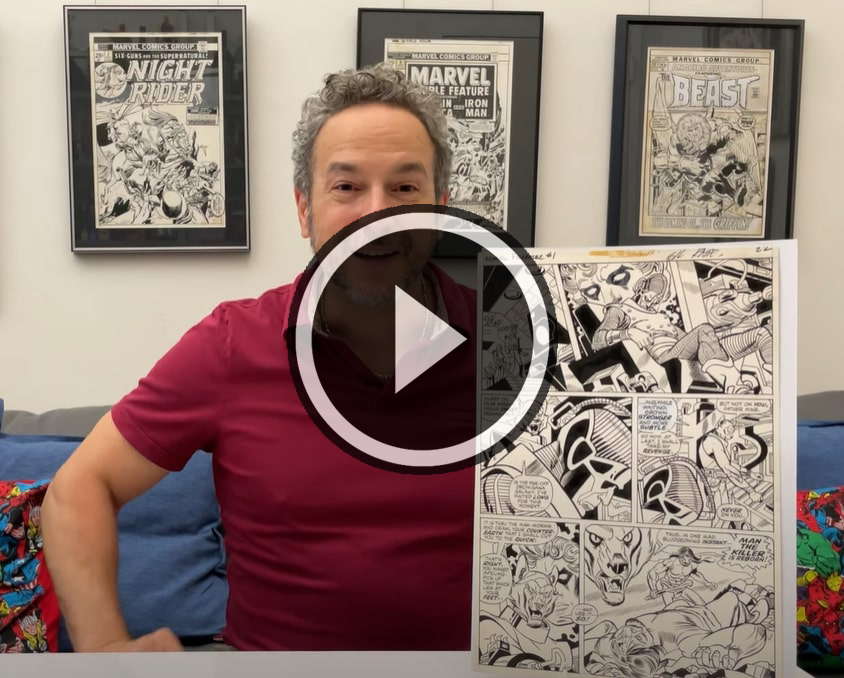 The High Evolutionary rests while Man-Beast goes about his nefarious business. All the while, the face of 'Him', soon to be known as Adam Warlock hovers in the background. Beautiful drawing by Kane and Adkins, from a key storyline, already teased in the Marvel Movie Universe, where Warlock's introduction is inevitable. Pen and ink. Art is in excellent condition. Signed by Kane in the first panel.