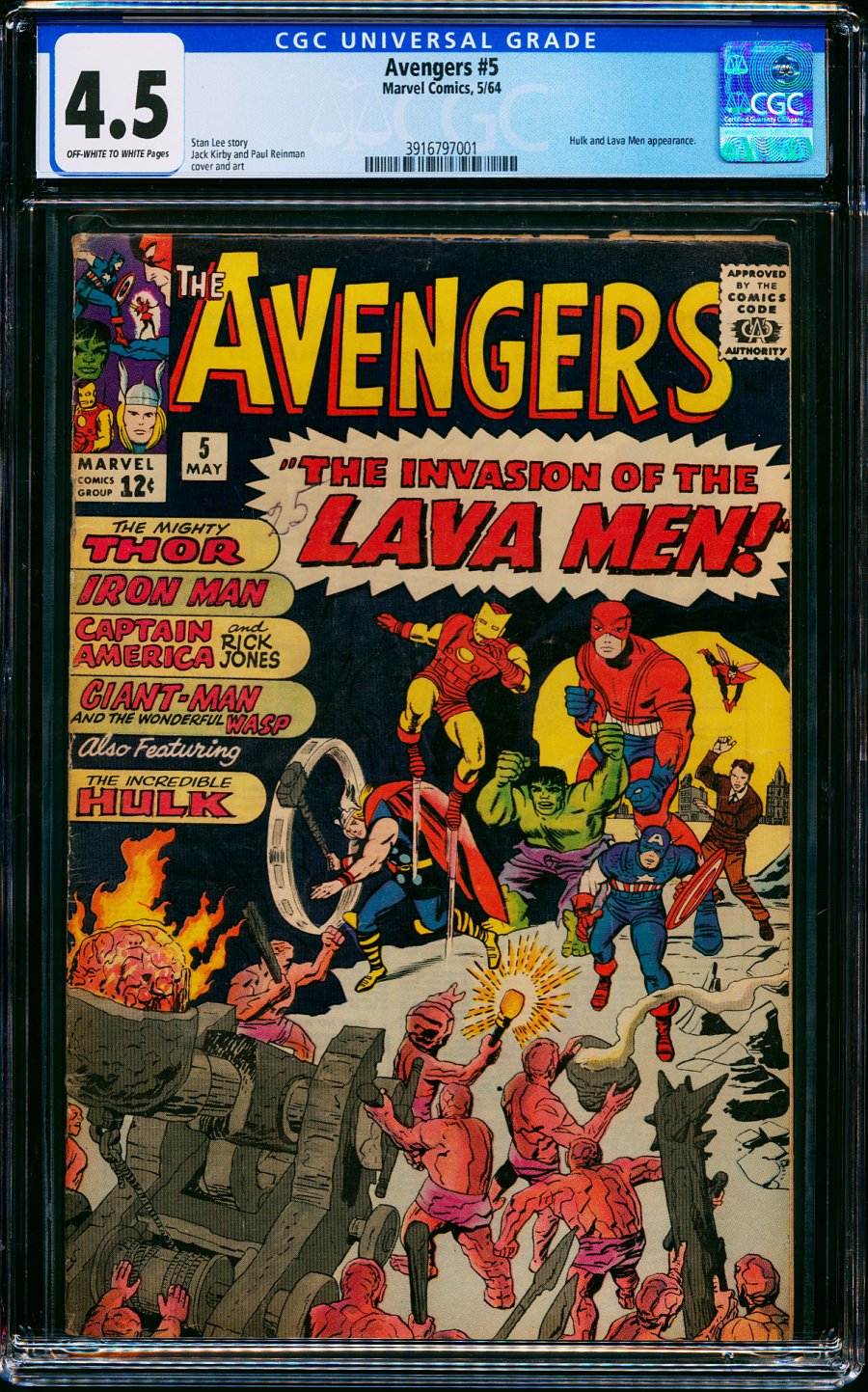 $184
Sold For
17
Bids
This auction has ended.
PUBLISHER: Marvel
COMMENTS: A 15% BUYER'S PREMIUM WILL BE ADDED TO THIS ITEM AT CONCLUSION OF THE AUCTION
ow/white pgs
Jack Kirby cvr/art; Hulk app. (5/64)
Read Description ▼
Sell One Of These Inquire About This

Watch
A 15% BUYER'S PREMIUM WILL BE ADDED TO THIS ITEM AT CONCLUSION OF THE AUCTION
ow/white pgs
Jack Kirby cvr/art; Hulk app. (5/64)With the Hulk back in the fold, and with Captain America rediscovered along the way and merged into Marvel's new super-group, Kirby and Lee have found their template for the forseeable future, making the Avengers the new gold standard for Silver Age hero team titles. Fiercely competitive and aware of their underdog status, the Marvel bullpen would never fail to try anything and everything to keep their output foremost on the spinner racks, no concept too outlandish, no villain too outrageous. The Lava Men had previously tormented the mighty Thor in an early Journey Into Mystery outing, and eventually became part of Marvel's subterranean universe, alongside the Ghouls and the Lizard Men. Their inventive appearance and gritty demeanors were evocative of Kirby's style, which managed the mean feat of being simultaneously streetwise and fantasy-minded.Boston Copy