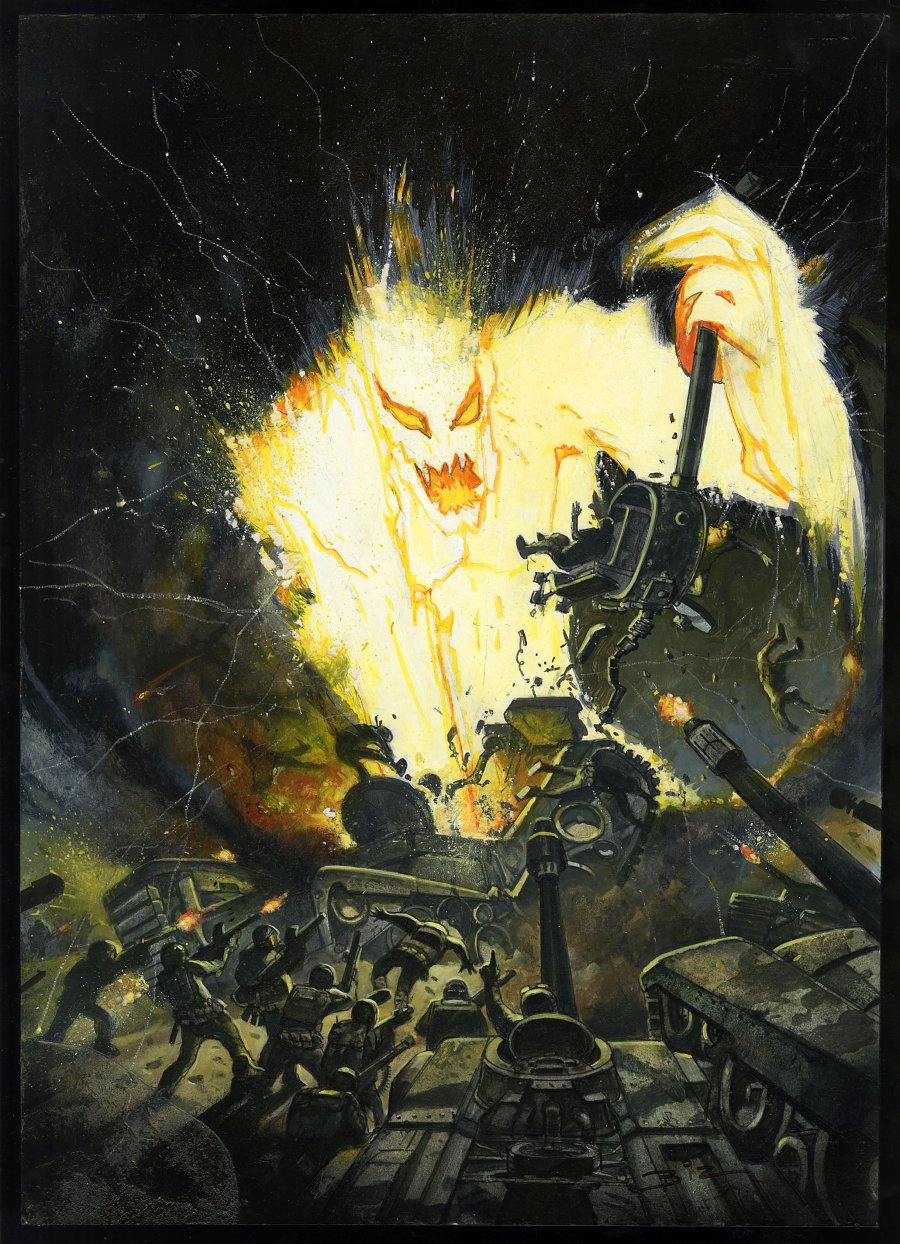 $1,716
Sold For
26
Bids
This auction has ended.
PUBLISHER: Marvel
COMMENTS: Simon Bisley painting; Kirby Monster variant cover; 2015; image size 11.75" x 16.5"
The Blip from Tales to Astonish #15
Read Description ▼
Sell One Of These Inquire About This

Watch
Simon Bisley painting; Kirby Monster variant cover; 2015; image size 11.75" x 16.5"
The Blip from Tales to Astonish #15Simon Bisley interprets Kirby's 'The Blip' from Tales to Astonish #15 as only he can, beautifully rendered destruction as you would expect from the artist who made his name on DCs Lobo comics in the 90s. Mixed media. Art is in excellent condition. Signed by Bisley.
Artist Information