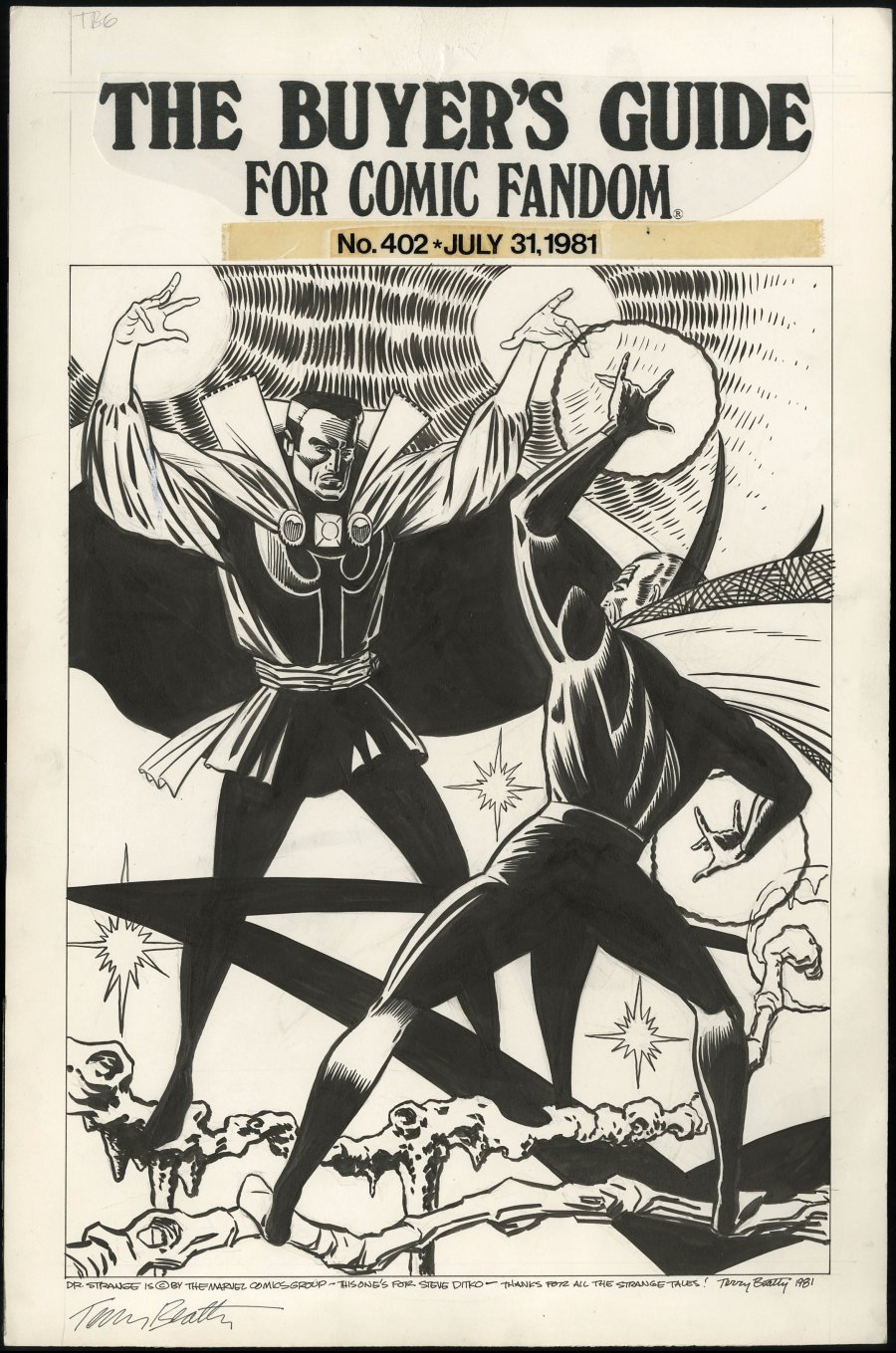 $805
Sold For
12
Bids
This auction has ended.
PUBLISHER: DynaPubs Enterprises
COMMENTS: Terry Beatty pencils and inks; cover; 1981; image size 10" x 16"
Read Description ▼
Sell One Of These Inquire About This

Watch
Terry Beatty pencils and inks; cover; 1981; image size 10" x 16"Loving tribute to Steve Ditko's Doctor Strange by Beatty from the July 31, 1981 issue of The Buyer's Guide, one of comic's most successful fanzines. The Buyer's Guide transitioned from a traditional ad-zine into what would be one of the most reliable comics news sources of it's time, running continuously from 1971-2013. Terry Beatty, who began in the world of fanzines, would go on to co-create the popular detective comic Ms. Tree with writer Max Allan Collins, and have a long career in comics and syndicated strips. Pen and ink. Art is in excellent condition. Signed and dated by Beatty with Ditko tribute inscription.

Includes a copy of the published issue.
Artist Information

Terry Beatty is an American comic book artist who's best known for his work on Ms. Tree and Rex Morgan, M.D.