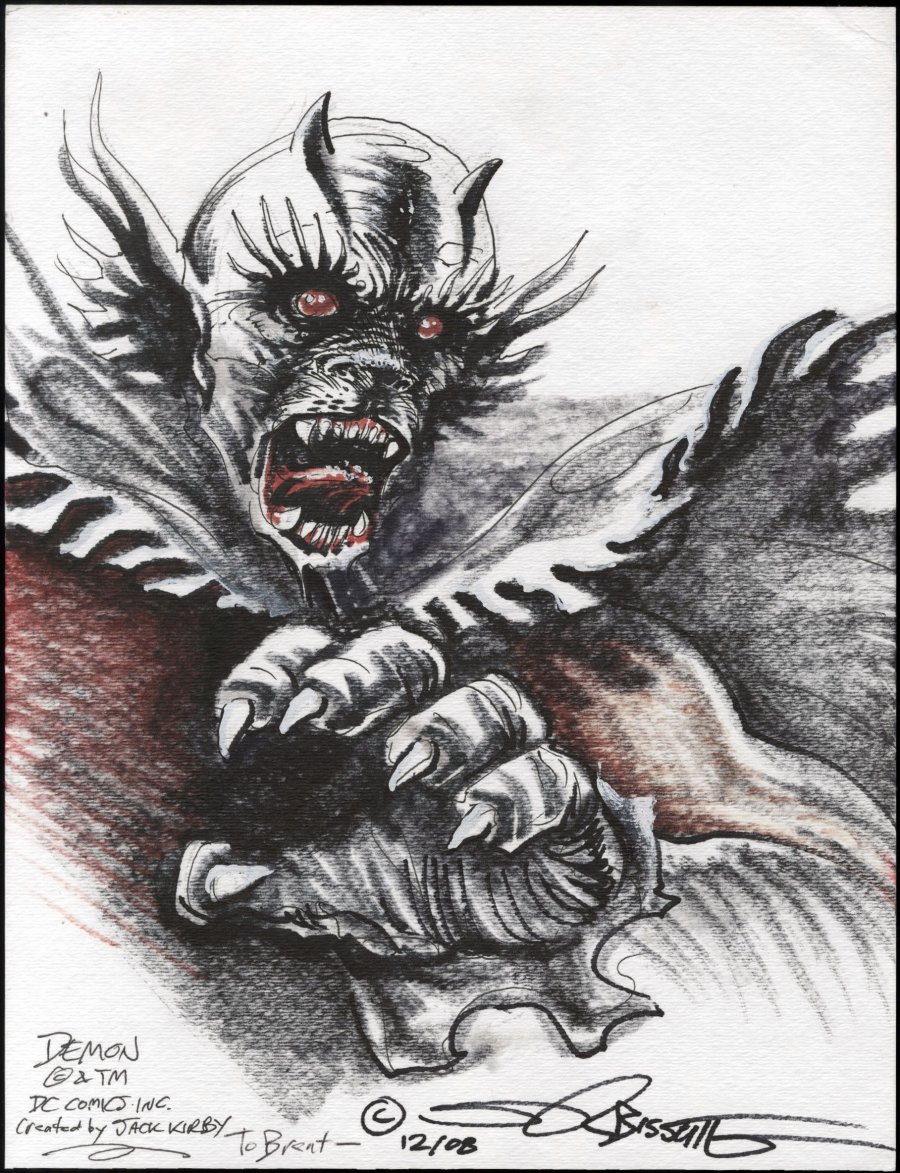 Auction Starts In
$1
Starting Bid
--
Bids
NEXT MIN. BID: $1
FYI there's no need to include decimal points(.).
Bid Confirmation
You are about to submit a bid of . If you win this auction, you are legally obligated to purchase the book. Are you sure you want to continue?
Don't Show Again (except when higher than min. bid)
(No Reserve)
PUBLISHER: -----------
COMMENTS: Stephen Bissette pencils and inks; illustration; 2008; image size 9" x 11"
Read Description ▼
Sell One Of These Inquire About This

Fantastic black and red depiction of Kirby's Demon Etrigan by Bissette, a master of horror and the macabre. Bissette no longer produces comics and as a result his artwork has become increasingly difficult to find, this illustration shows that he has lost none of his skills. Pen and ink. Art is in excellent condition. Signed and dated by Bissette.
Artist Information