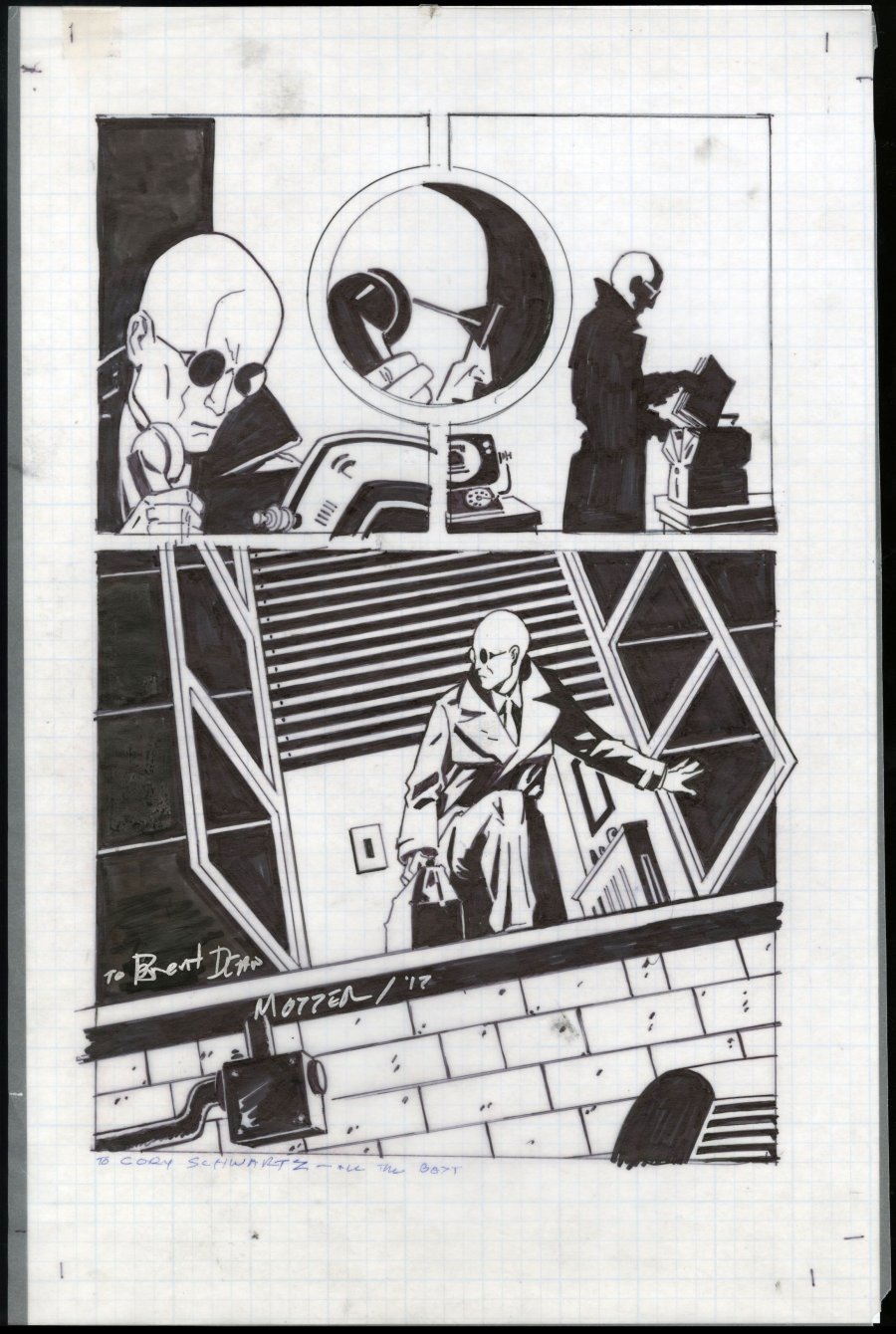 Auction Starts In
$1
Starting Bid
--
Bids
NEXT MIN. BID: $1
FYI there's no need to include decimal points(.).
Bid Confirmation
You are about to submit a bid of . If you win this auction, you are legally obligated to purchase the book. Are you sure you want to continue?
Don't Show Again (except when higher than min. bid)
(No Reserve)
PUBLISHER: Dark Horse
COMMENTS: Dean Motter pencils and inks; page 3, title page; 2013; image size 9" x 13.5"
Read Description ▼
Sell One Of These Inquire About This

Watch
Dean Motter pencils and inks; page 3, title page; 2013; image size 9" x 13.5"Incredibly rare artwork by Motter from his long running, hugely influential, new wave detective series. Mr. X began in the early 1980s, and while all of the series is written and designed by Motter, he has very rarely provided the artwork himself. The series has been drawn over the years by a series of notable artists, including the Hernandez Brothers, Paul Rivoche, Seth, and D'Israeli. Mr. X's influence has been widespread, it's been called out as an influence on films such as Tim Burton's Batman and Terry Gilliam's Brazil. This title page is from Motter's return to the series after a hiatus, handling both writing and art duties, the classic, futuristic noir elements take center stage here in this beautifully designed page. Pen and ink on vellum. Art is in excellent condition. signed and inscribed by Motter.
Artist Information

Illustrator, designer and writer who worked for many years in Toronto, Ontario, Canada, New York City, and Atlanta. Motter is best known for his album cover designs, two of which won Juno Awards. He is also the creator and designer of Mister X, one of the most influential "new-wave" comics of the 1980s.